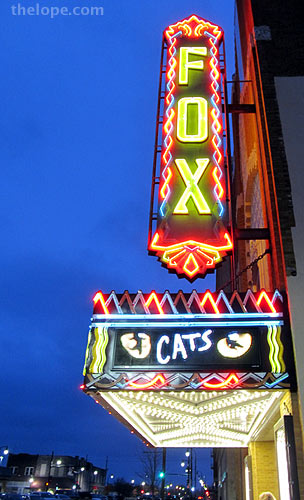 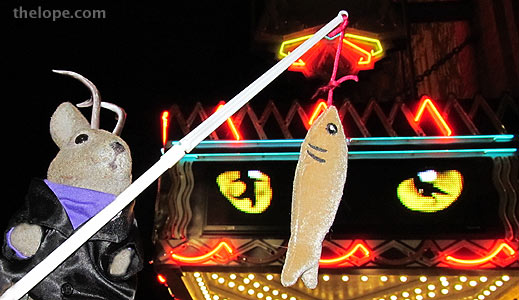 Ace lured a cat with a catnip toy outside the Fox Theatre in Hutchinson, KS, last Wednesday, February 15... 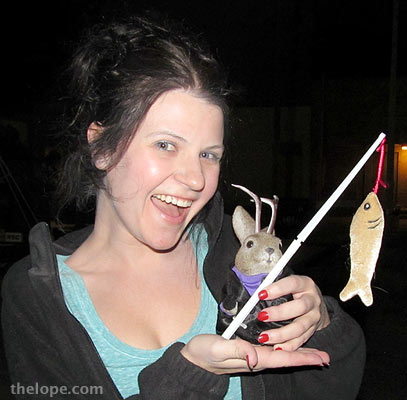 This cat in particular is Melissa Grohowski, who sang the productions signature song, "Memory", in her role as Grizabella in the touring production of CATS. 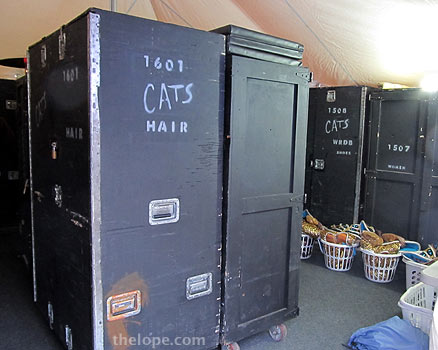 No photography was allowed during the show, which I can understand in this case, but some of the costume stuff was seen in a pop up tent outside the Fox. (photo: Siamese cat costume parts)

posted by Ace Jackalope at 1:59 AM