The Lope: Yuletide Fun in Fayetteville

While in Arkansas Thursday night I had a chance to see the Fayetteville town square "Lights of the Ozarks" display, complete with camel rides and zillions of lights.

Here's another video taken before the east side of the square was closed off for rides: link. 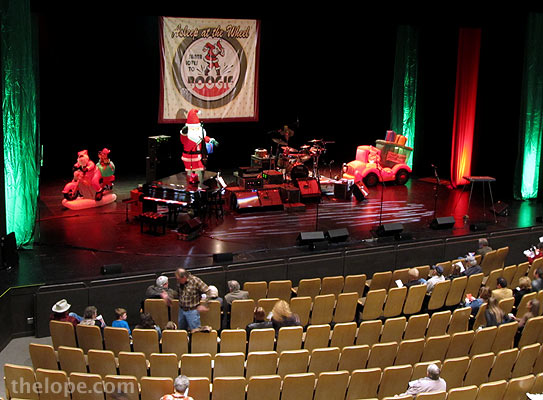 We were in Fayetteville to see the Asleep at the Wheel "Santa Loves to Boogie" Christmas show. I'd love to show you pictures of the band, but the Walton Arts Center did not allow photography during the show. It's an unfortunate venue policy that does not encourage social media publicity of the place and the acts that perform there. 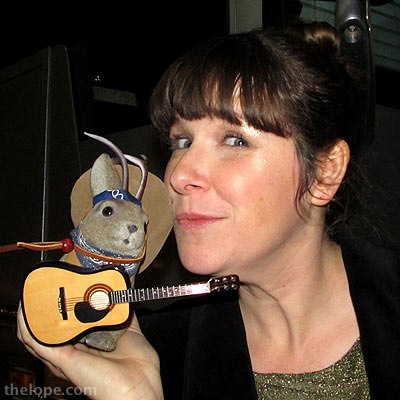 However, the helpful guy at the band's merchandise booth recommended we go outside to the tour bus if we wanted any pictures with the band, and that's just what we did. Ace met vocalist and rhythm guitar player Elizabeth McQueen. 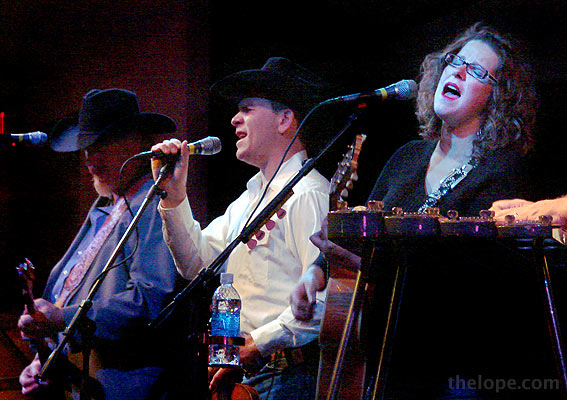 Here's part of Asleep at the Wheel during a 2008 performance at Tulsa's Cain's Ballroom when the group played for the concluding banquet of the National Trust for Historic Preservation annual national conference. I was attending the conference in order to network about googie architecture sites; the band was a nice bonus. Left to right, this is Ray Benson, Jason Roberts and McQueen. When I saw her Thursday night I almost didn't recognize McQueen without the glasses.

The band played "Route 66", both in the 2008 Tulsa appearance (video) and in Fayetteville in 2010. The latter surprised and delighted me as that Arkansas town is a ways from the Mother Road. 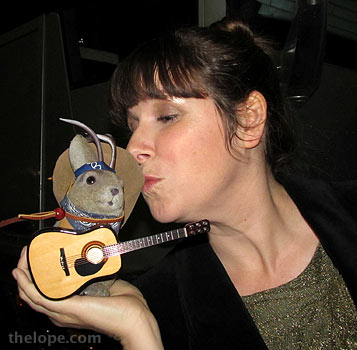 McQueen has a nerdy, jazzy appeal as a solo artist as you can hear. She's also a blogger. 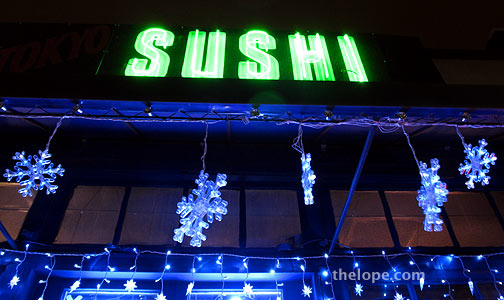 After the show I made my first visit to a sushi restaurant - Tokyo Sushi and Bar near the Walton Arts Center. 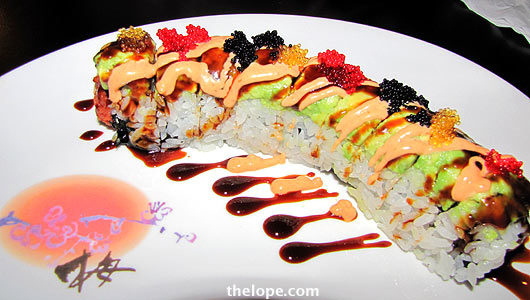 I recommend the H3. I don't remember what exactly was in it but it had lots of tastes and textures. It was really good for something that looked like an alien caterpillar. 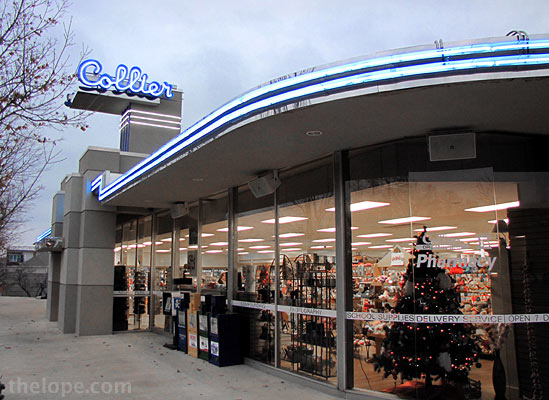 We also ran across the Collier Drug store at 100 West Dickson, which is a real car stopper. According to the Arkansas Historic Preservation Program, the Art Moderne building dates from 1950 and featured a soda fountain (now gone) and the first set of electronic doors in Arkansas. (more photos: 1, 2, 3) 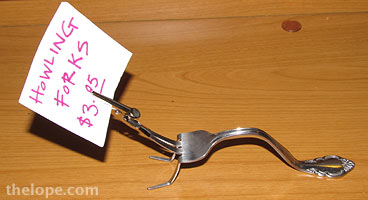 Across the street from Collier, Nightbird Books was selling "howling forks" which can hold stuff. 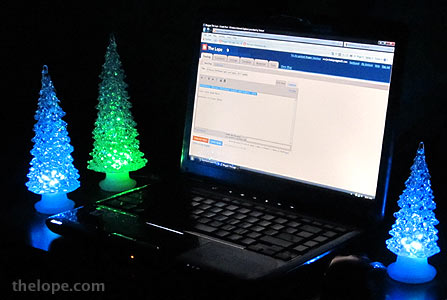 And back in our motel room, I discovered you can see the keys on your laptop by using battery-powered Christmas trees that don't disturb anyone's sleep.

posted by Ace Jackalope at 8:41 PM