The Lope: After the Lights Come Down

After the Lights Come Down 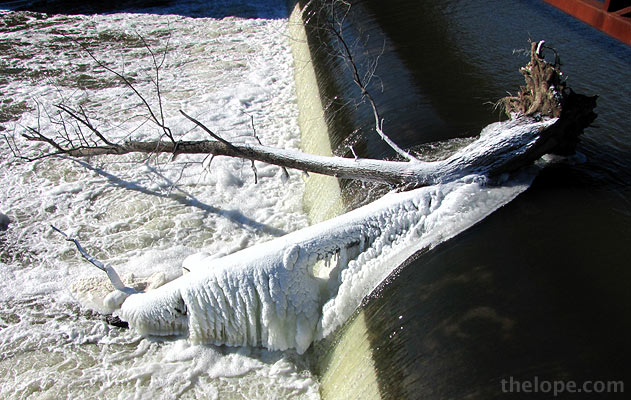 Most of the Christmas lights are down, so now it's time to enjoy (and endure) the sights that happen when it's just plain cold. Ice created a sculpture on a log just below a dam on the Iowa River in Iowa City, IA, on Saturday. The temperature was 15 degrees with a wind chill thirteen degrees lower. (other views: 1, 2) 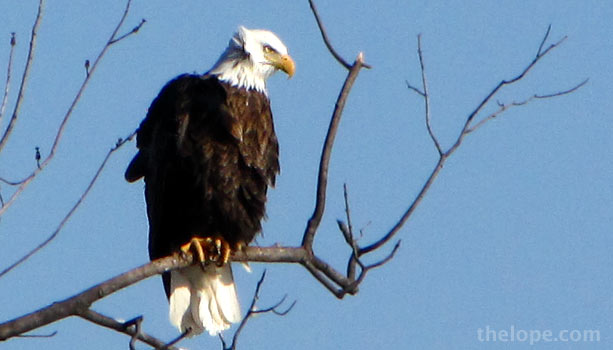 Overhead, the cold wind ruffled feathers of a bald eagle, who did not seem bothered as it took a break from fishing the Iowa River.

It snowed along Illinois I-88 and Iowa I-80 the night before. This is the view driving west along I-80 west of Davenport:

The funny thing was that a friend and I had grabbed a few clearance sale Christmas decorations, including a miniature sleigh, on very fast business trip so we were literally dashing through the snow with a one horse open sleigh.

The snow left the shoulders and median of I-80 strewn with cars and trucks that were still being removed Saturday.

Deep blue shadows accented snow along I-80 near Des Moines, Saturday, just before sunset on Saturday.

A separate storm began to dump snow across Kansas on Sunday afternoon. Here, it is seen at 4:30 PM in Hutchinson, along East Avenue A in the Houston Whiteside Historic District: 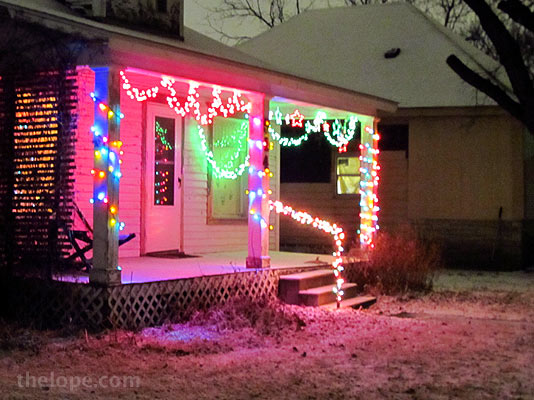 Further east on Avenue A, one house still had Christmas lights. 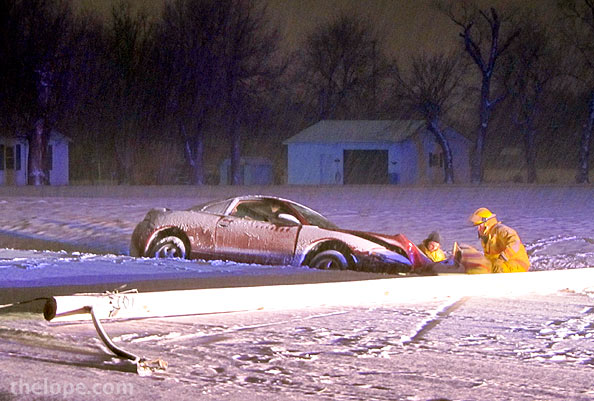 Emergency workers dealt with a car that literally took the lights down when it slid off snow-covered West Blanchard Avenue into a light pole Sunday evening. Although the car broke the wooden pole (seen laying across the road) the driver did not appear to be injured:

posted by Ace Jackalope at 3:50 AM