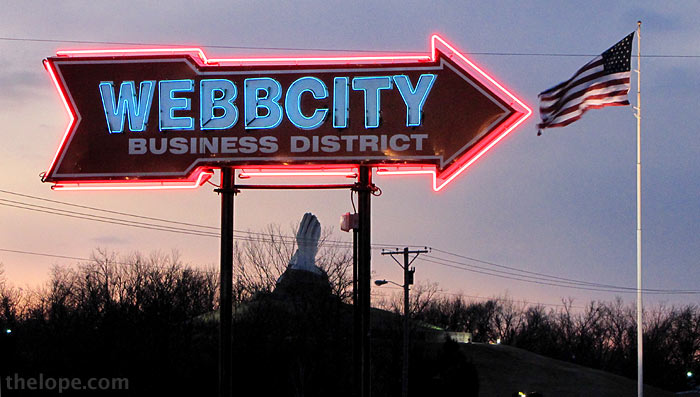 That Webb City, Missouri, bothers to maintain a neon arrow sign speaks well of the place. Beyond the sign is the city's locally famous Praying Hands statue. (another photo) 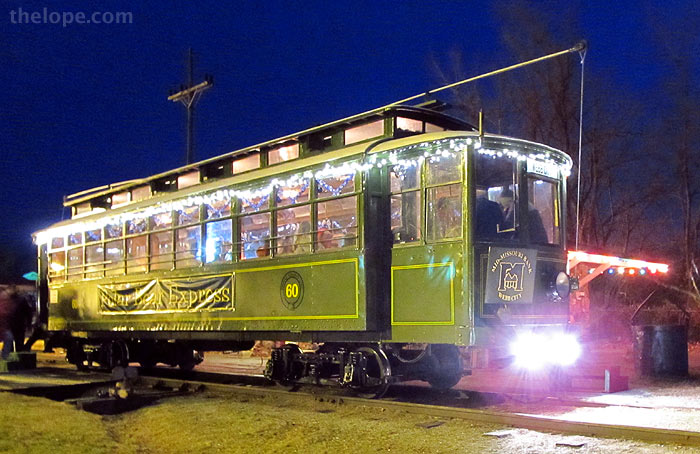 On December 11, 2010, I came to town to ride streetcar #60, a remnant of the Southwest Missouri Electric Railway Company, which operated from 1889 to 1939 over 94 miles of track back in this region's mining days.

The railway was headquartered in Webb City and its former Prosperity Junction Station is now home to the Chamber of Commerce in King Jack Park. 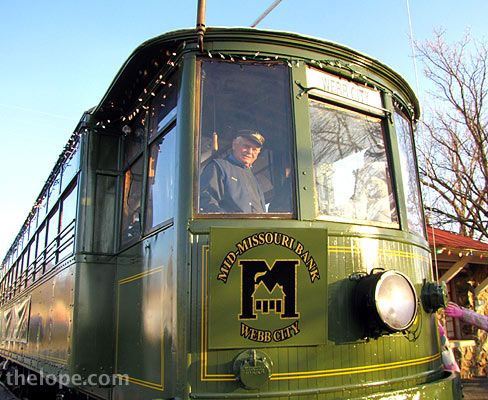 Streetcar #60 is maintained by The Southwest Missouri Electric Railway Association, which operates it on a ring of track that traverses the park like a giant electric train. 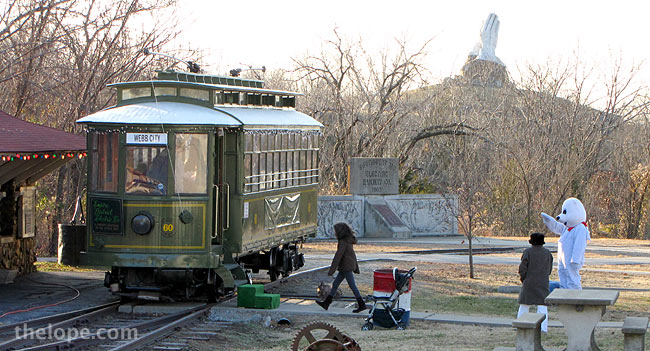 For this event, called the Polar Bear Express, the streetcar carried visitors, mostly families, while volunteers read aloud from the book, The Polar Express. 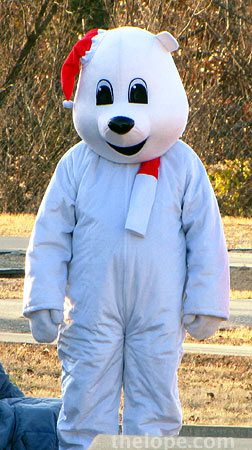 There was actually a Polar Bear. 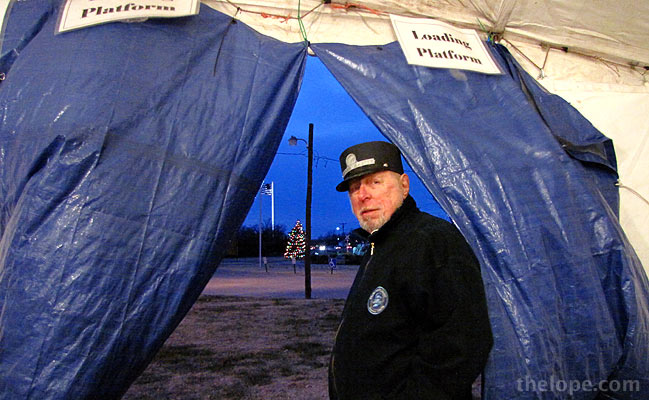 Volunteer Duane Hunt called ticket holders to the train from a tent that was set up in the park. 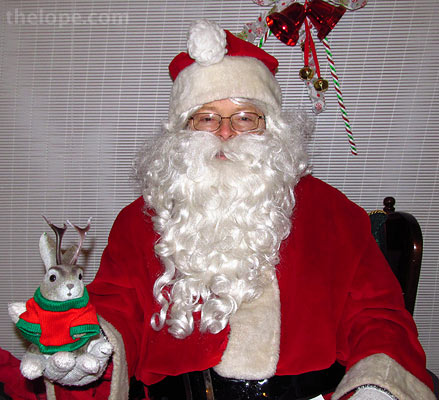 Inside the tent, Santa was on hand, and heard Ace's wishes for Christmas. There was also free hot chocolate. 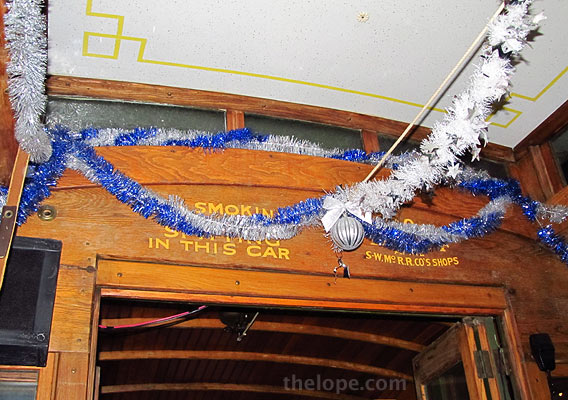 Once inside the streetcar, one could see the relatively good state of preservation and restoration. 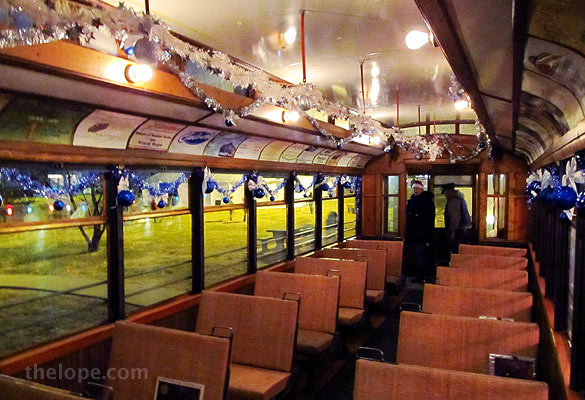 Ads from sponsors were sized to fit the format of the streetcar. (photo with people)

Here is a video clip of streetcar #60 arriving at the station: 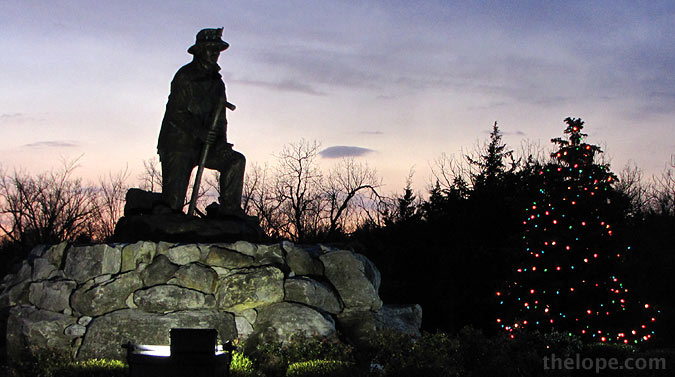 Before I left the park, I took this photo of a miner statue and the Christmas tree. 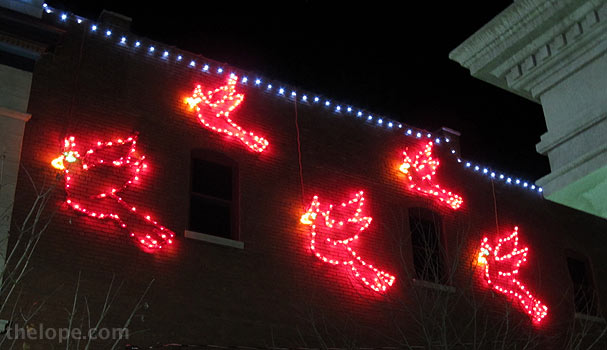 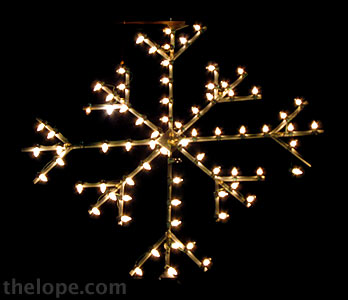 The city uses two kinds of municipal holiday decorations. These snowflakes are found on the south part of Main Street. 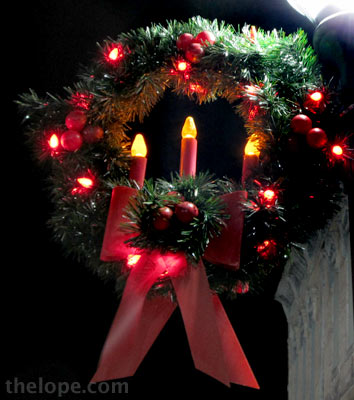 Wreaths with electric candles are used more to the north. After I shot this photo, they changed the main street lights to alternating red and green.


Here's a clip of real snow on Main Street:

And here is a link to a clip of drive north up Main Street. 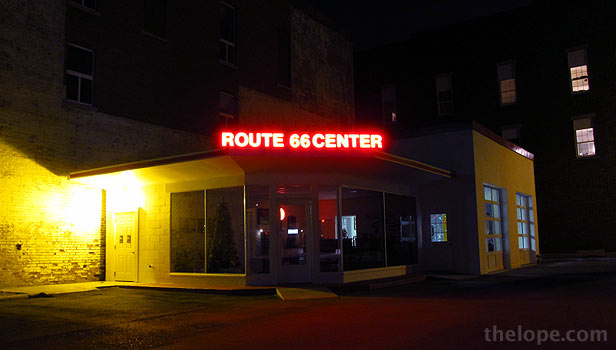 Webb City's Route 66 Visitors Center, housed in a former gas station, opened just this past November. I wish they'd kept their Christmas tree lit longer, but that's what I get for driving around after 10 PM looking for Christmas lights. 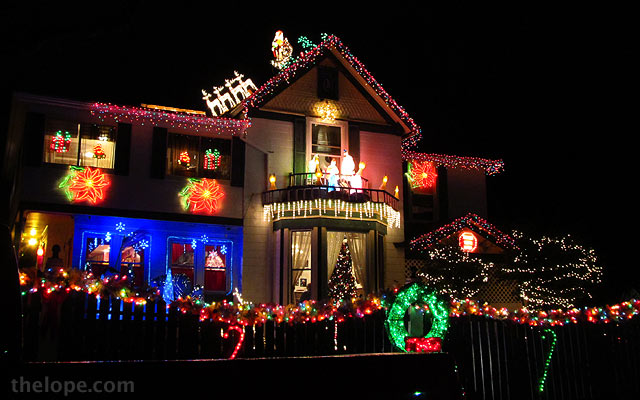 This house on South Webb Avenue utilizes a number of what appear to be commercial Christmas decoration.

A contrasting architectural style on South Colonial Drive is outlined in simple lights with an automated Santa near the door.

posted by Ace Jackalope at 7:20 AM