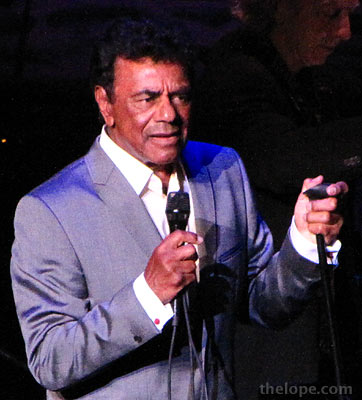 I can't let Christmas season pass without mentioning that I saw Johnny Mathis perform a Christmas concert at the Mansion Theatre in Branson back in November. This was an appropriate way for me to begin the Christmas season because I grew up listening to his records. I took my mom to see Mathis instead of to the previously mentioned Andy Williams Christmas Show in my annual tolerance of Branson. I also treated Christmas Maven Patsy Terrell to the show for her birthday. 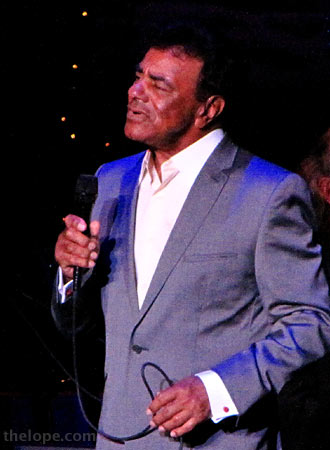 Mathis did not disappoint. He sounds smooth, like the records I listened to in the 1970s. He didn't perform my two favorites from those albums, Ave Maria and O Holy Night, but he did do plenty of Christmas stuff, along with some old non-Yule standards. His rendition of Crazy from a new album, Let it be Me, really pleased my mom, while Patsy and I looked at each other joyfully when he sang any of the old Christmas standards.


The camera policy at this show was confusing. The Mansion Theatre had told me on the phone that non-professional cameras could be used. Then, two announcements right before the show contradicted each other. One forbade photography whereas the other forbade only flash photography. Shortly after the show started, an usher pounced on a man seated in front me who was trying to take a picture and told him not to. The man was using a point-and-shoot with a bright rear screen LCD that made his attempt obvious. 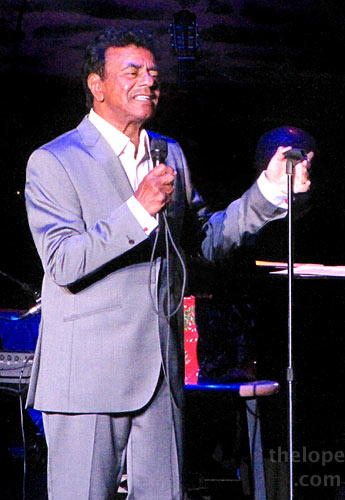 During intermission I asked another usher to clarify the policy and he said that non-flash photography was OK. He wasn't our usher, though, so I waited til the last song to take photos, a bit miffed that one's ability to take photos hinged on how one's usher understood the nebulous policy. I digitally cleaned up the photo above, by the way, as it had bits of another performer sticking out from behind Mathis. 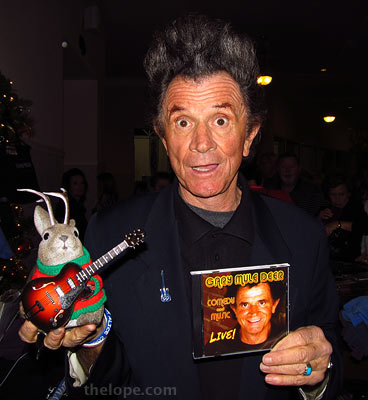 Comedian Gary Mule Deer was the only other performer in the show. I remembered him from many appearances on Carson and Letterman. Although Mathis was only seen on stage, Mule Deer had no problem being accessible at his merchandise booth - smart man, funny too. He was plugging his latest CD, Comedy and Music LIVE. 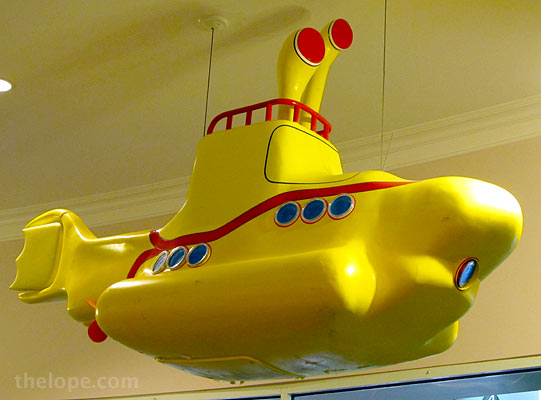 The Mansion Theatre had this nifty Yellow Submarine model hanging in the lobby. I presume it was there to advertise their Liverpool Legends show. (photo of rear view of model)