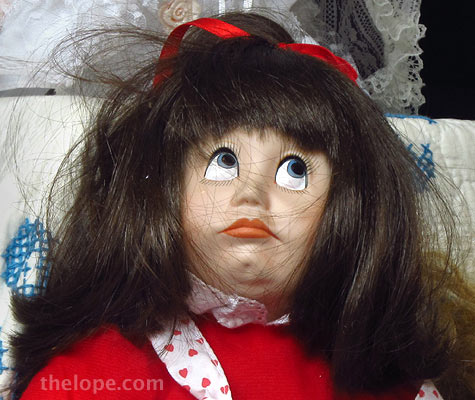 Once again, the City Hall of Joplin, Missouri, has favored us with a nifty Christmas window display. And the best part is, according to public information officer Lynn Onstot, it'll still be viewable until Friday, January 7. 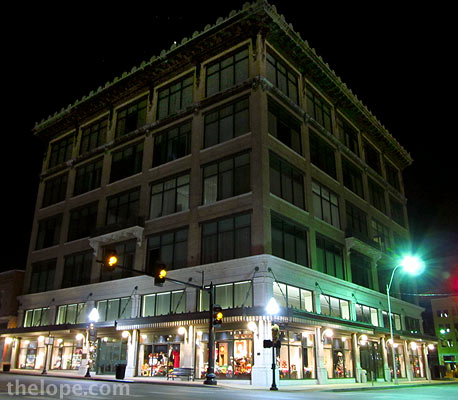 City Hall is in the The Newman's Building at 602 South Main Street, which means it's on Route 66. The building dates from 1910 and housed Newman's Department Store until 1972.

For 2010, nostalgic toys are focus of the display. The sign indicates these are Marx astronauts. I always thought another company, MPC, made them. At left you can see Major Matt Mason's green friend, Callisto, peeking in. (another photo) 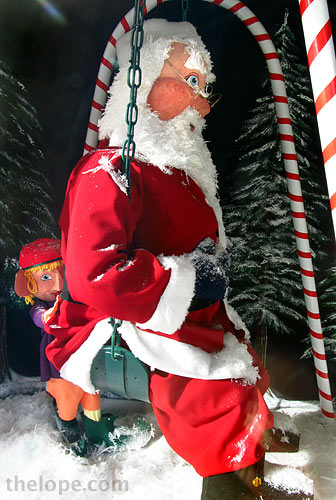 In addition, new automations were added, such as Santa being pushed on a swing by an elf, and a reindeer powering a teeter-totter. According to Onstott, these were built by June Stokes and Dixie Boyd-Carter, with Stokes being the planner. I've seen more than my share of Christmas automations and I'm very impressed, let me tell you. Here's a video clip of all of the windows:


And here's my favorite section. These windows face Main Street and have the new automations. I particularly enjoy the sense of innocent fun conveyed by the reindeer and elves in the last window:


The corner window automations were pretty much like they were in 2009 when the display significantly evolved from the previous version, which I believe began in 2007.

Here is a link to a video clip of the Main Street side of the corner window, 2010.

One of the Main Street windows features an aluminum tree with color wheel, a vintage TV set playing commercials for old toys, and a photo of Main Street's Fox Theatre, now a church: 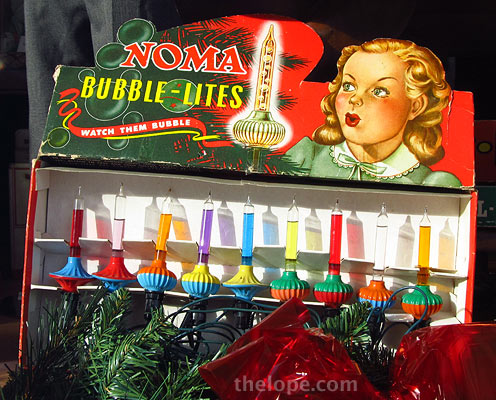 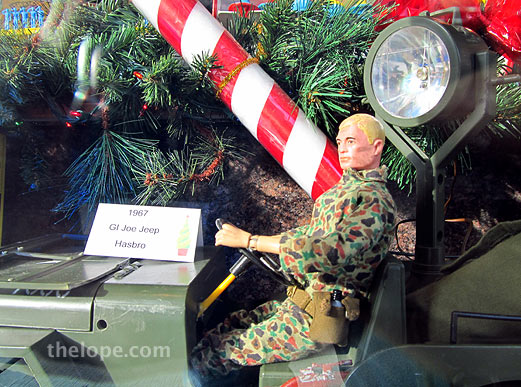 G.I. Joe was well represented. I have a jeep like this one. Ace last used it in The Lope of the Peeps. 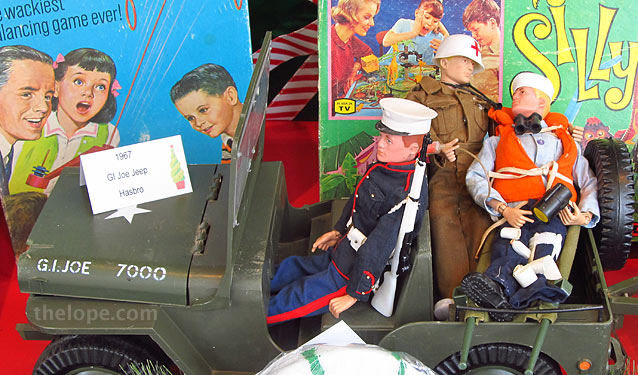 At first I thought the two soldiers in the back of the jeep were a "Don't ask..." sort of thing, then I noticed one is a medic and the other, a patient. 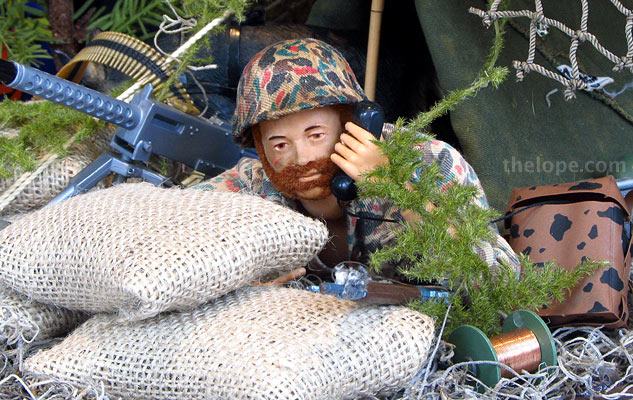 An Adventure Team era (1970's) G.I. Joe calls from a late 1960's bivouac. It's appropriate that some of these toys are not mint, as seen in the damaged "lifelike hair and beard." G.I. Joes were tough. I had this very one (Sea Adventurer, I believe) and he survived many parachute drops off the top of Junge Stadium, Joplin's school sports venue. Sometimes the chute didn't open and the only damage he took was to his hair. 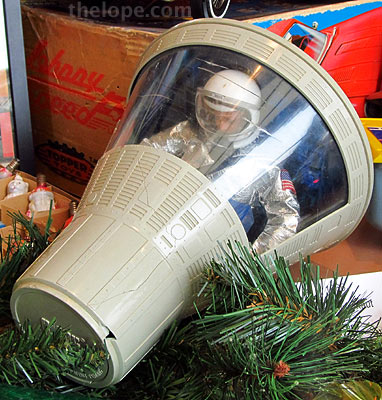 The real Mercury astronauts would have loved a window this big. 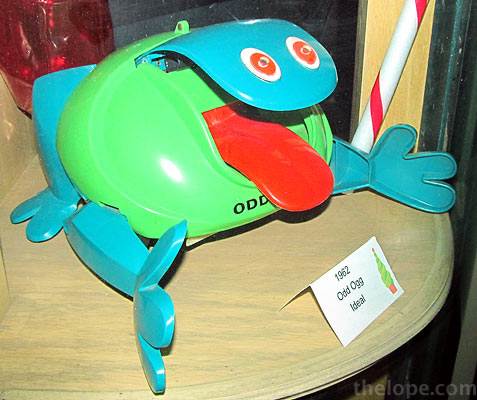 Odd Ogg is a 1962 toy that supposedly approaches you if a ball is thrown to an area of the mouth and backs away if you miss. I've never actually seen one work; the one I had as a kid was a broken hand-me-down, so I had my own theory of what the thing did. I supposed it was sort of a benevolent armored amphibian transport for my little green army men and astronauts. The problem with that theory is that amphibians have permeable skin, which is sort of the opposite of being armored. Still, it was a more interesting idea than playing catch with a mechanical frog.

Remember, the Joplin City Hall Christmas window display is up until about January 7. I can't wait to see what they do for 2011.