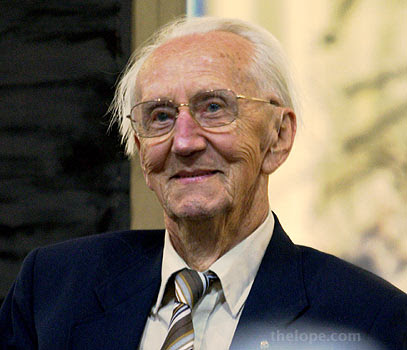 Guenter Wendt, Pad Leader for much of the U.S. manned space program, including the much-storied early parts, died this morning at the age of 85. 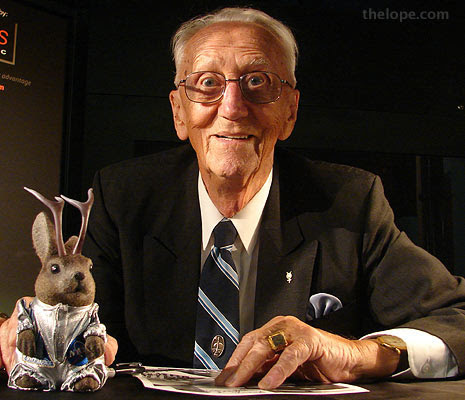 I first met Guenter in 2007 at a celebration of Sputnik at the Cosmosphere. 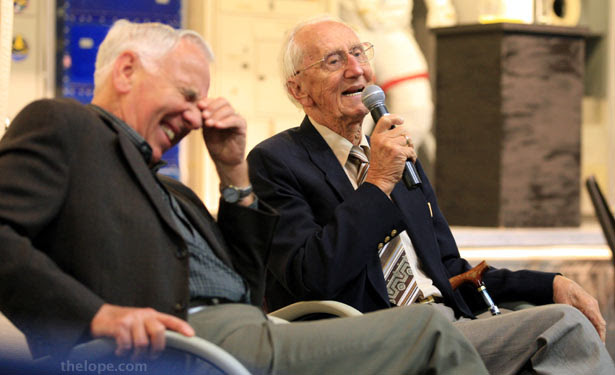 It was my pleasure and honor to see him again at the Apollo 13 anniversary shindig at the Cosmosphere. Above, he is cracking up Flight Director Milt Windler with one of his many stories. I think this one might have been about a monkey flinging dung at a politician. Yeah, Guenter could hold an audience.

But behind the humor one was reminded of the immense importance of what Guenter and his contemporaries were doing - they were getting us to the moon.

Now, lean back in your chair away from the computer and just say this to yourself:

We went to the moon.

Take in the magnitude of that - and take a moment to remember Guenter, the last man the astronauts saw before they were sealed in the capsules that slipped the "surly bond." 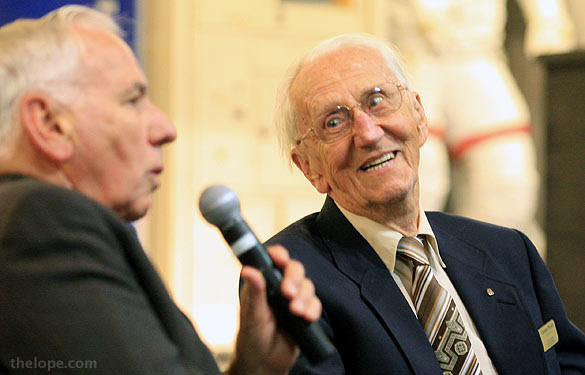 Much will be said of his important role in U.S. space exploration in the coming days, I am sure, and I am no expert in that. But let me say this: his good humor and charisma could not be understated. He was like a colorful German grandpa that enhanced the lives of many who met him, and more than any other historic NASA person I've met, he put a face (and a smile) on the space program.

posted by Ace Jackalope at 4:18 PM