I think the guy on the left was starting to crack up. I guess holding a pink tractor up for auction struck him as funny - me, too.

I prize moments like that, be they funny or quint, and the annual Kansas Mennonite Relief Sale (MCC Sale) usually provides a few. This post contains photos and videos from 2009. This year the charity sale will occur this Friday and Saturday at the Kansas State Fairgrounds. See their schedule and note that it's largely over by mid-afternoon, Saturday. 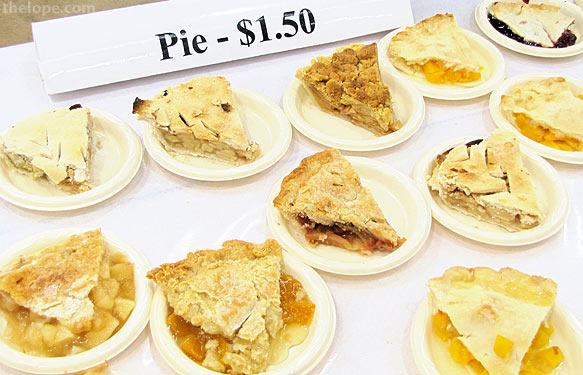 I wish I could know every one of these pies the way they deserve to be known - with a fork. 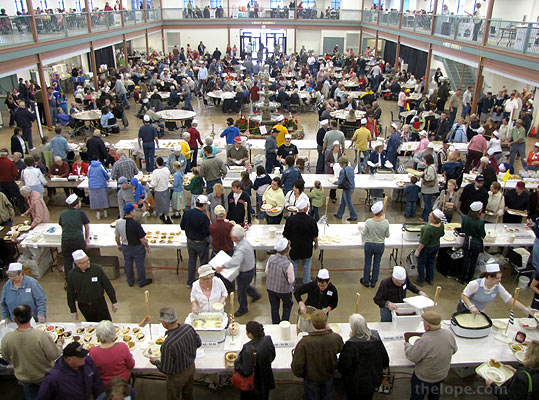 Here are the serving lines in Cottonwood Court, where the majority of the food is served. 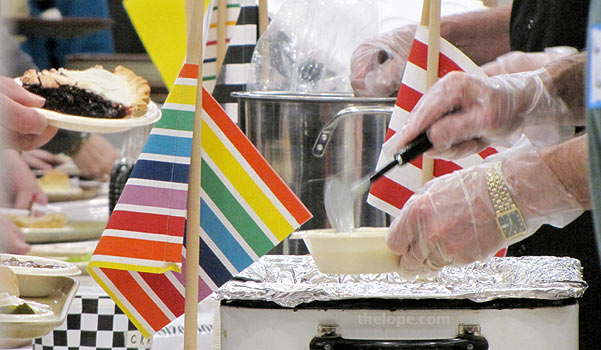 They have this really well organized. Servers raise a color-coded flag when they are about out of something; other volunteers see this and replenish it.

Get there early or wait in line. Really, the line moves incredibly fast, since they have those four serving lines inside. 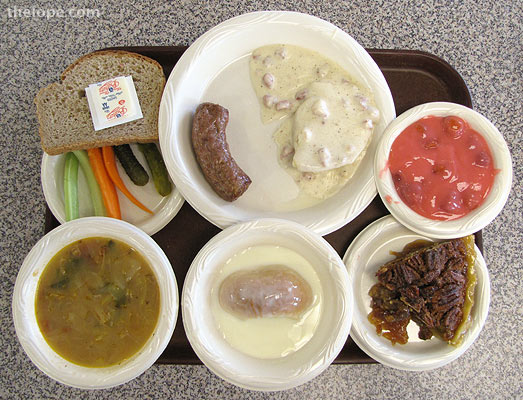 This is what you are buying at the German buffet. 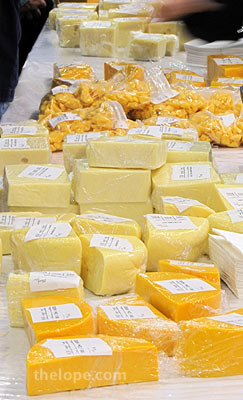 Elsewhere, there will be seas of cheese.. 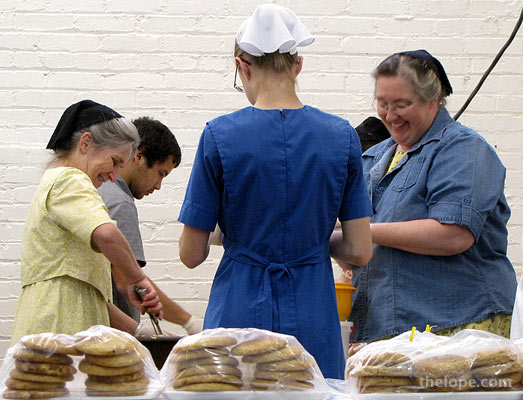 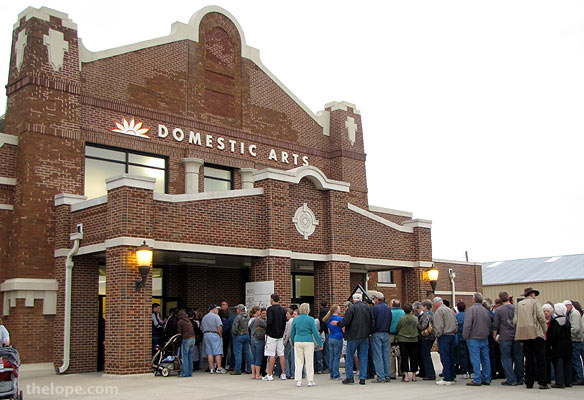 These are for sale in the Domestic Arts building. 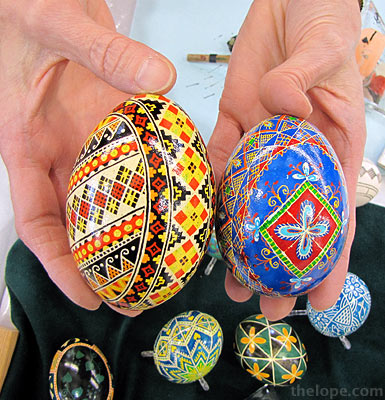 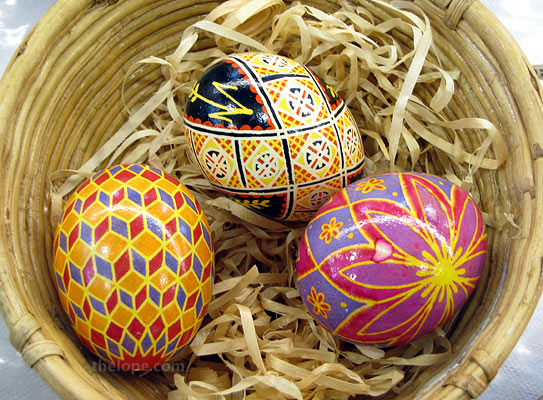 ...some of which are for sale. 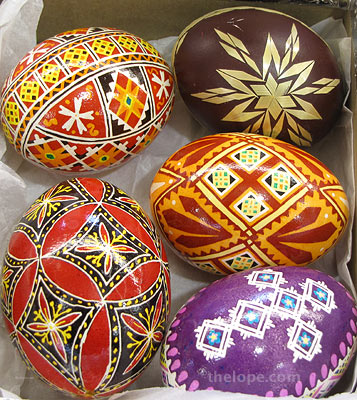 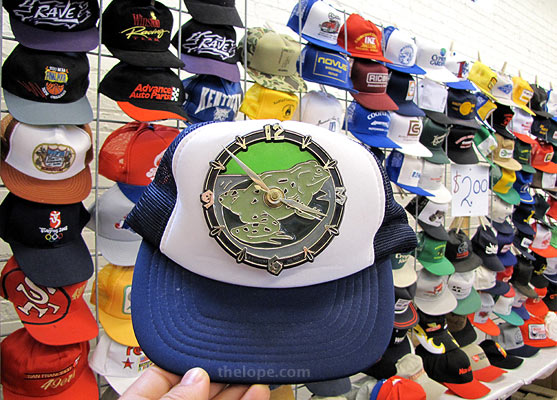 Yes, that's a hat with a frog clock in it. They sell caps here, most are about two dollars and many are unused. 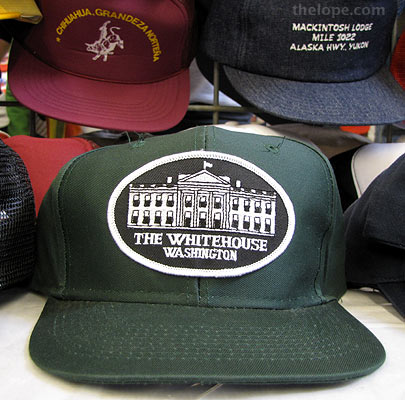 I guess Barack lost his cap.

The part of the MCC sale most talked about is the quilt auction, which occurs Saturday morning in the Meadowlark Building. 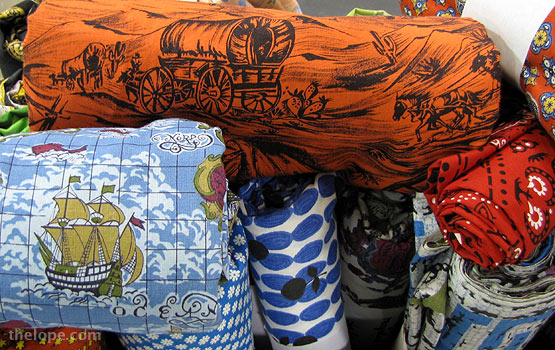 Also in the Meadowlark, someone is usually selling vintage fabric. 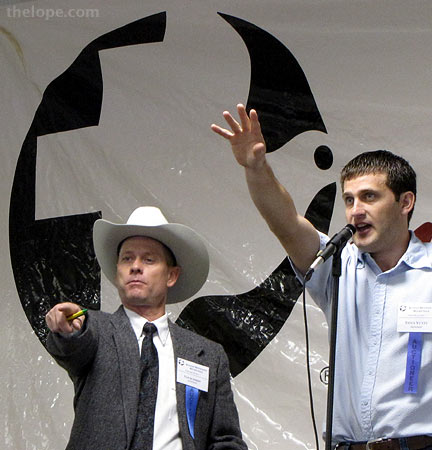 There will also be a general auction of pretty much anything. It is held in the Sunflower building, Friday and Saturday. 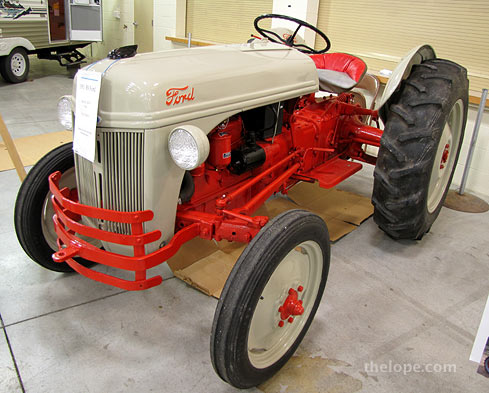 In addition to pink tractors they usually have real ones. 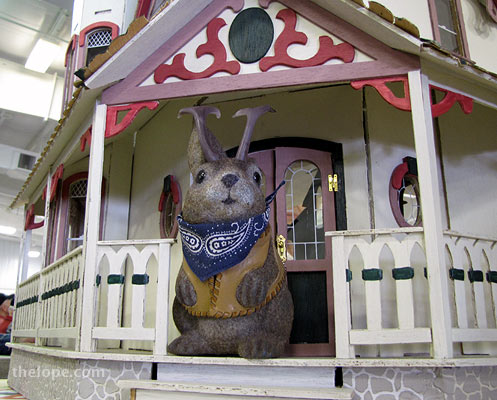 And now, some moving pictures..

Take a brief jaunt through the quilt display of the 2009 Kansas MCC Sale, while a musical group performs:

Here's a little slice of the 2009 Kansas MCC sale general auction. Being a simple creature, I was fascinated by the hand-made marble machines:

Here is another example of a marble machine. This one was made by Michael Windsor and family of Inman, KS:

And here is the same machine, with the marble taking a different path:

Yet another marble machine: