Hutchinson, We've Got A Party - Honoring the Mission: 40th Anniversary of Apollo 13 this weekend. 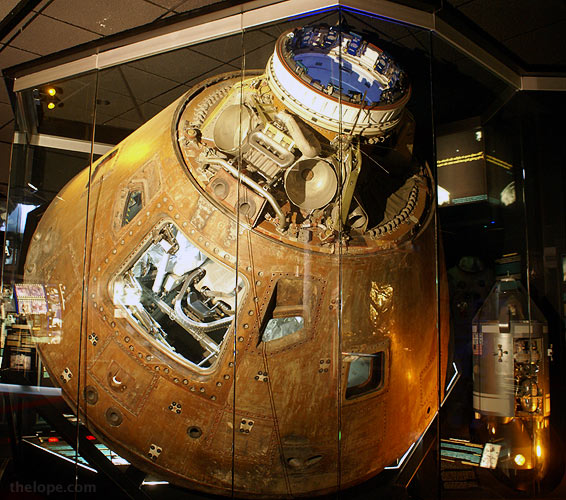 I was once held up in traffic by a spaceship.

Seriously, it was 1995 and my mom was visiting my home in Hutchinson, Kansas. We were zipping westward on 11th street when I had to slow to a crawl behind a tractor trailer truck carrying Odyssey, the Apollo 13 space capsule (above), to its new home at the Kansas Cosmosphere and Space Center.

Seeing an opportunity to show off my city by pretending such inconveniences were commonplace, I turned to Mom and quipped something about never being able to get to dinner on time because of all the space traffic.

I was later privileged to be asked to crawl around inside Odyssey and take some photos of its restoration at the Cosmosphere. You can imagine what this felt like to someone who was a boy when the Apollo program was going full tilt. I remember crawling out of the thing, which was gutted at the time, and noticing rust stains on my knees - space rust.

Odyssey had been in residence at a museum in Paris for a number of years after NASA was through analyzing it, and it was not in great shape. The Cosmosphere managed to talk NASA into getting it back and even reunited it with its internal components. 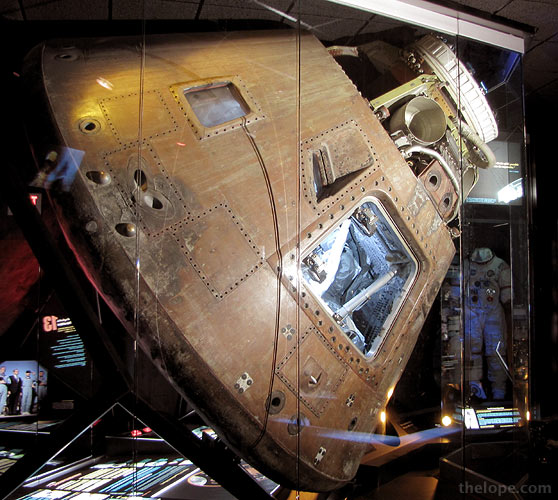 Here's another view of Odyssey. I love being able to just drive down to my local space museum and look at something that made history. Its rather like being into Egyptology and having the ability to pop down to the British Museum.

Now, I've been asked to shoot some photos at a reunion of the capsule with its surviving crew, mission control personnel and other NASA folks, this coming Saturday. 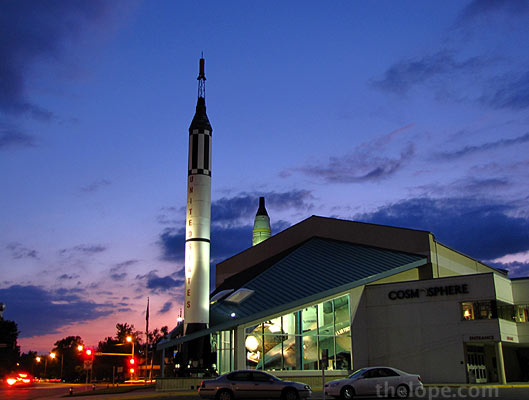 The Cosmosphere (above) will hold a series of events open to the public, starting with showings of the movie Apollo 13 and a documentary, the Wonder of It all, Friday. Apollo 13 will also be shown Saturday. The launch of a model Saturn V will take place Saturday at 9AM at Gowans Stadium.

But the really cool public event will be the Mission Control presentation Saturday at 10AM at the Hutchinson Sports Arena. Tickets are $5 for adults and $2 for kids under 13. This will feature flight directors Gene Kranz, Milt Windler, Gerry Griffin and mission control communications personnel Ed Fendell, Jerry Bostick, Sy Liebergot. Astronaut capsule communications Jack Lausma and Joe Kerwin should also be there, as well as pad leader Guenter Wendt. 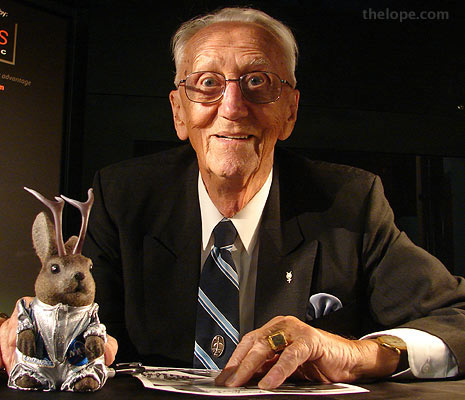 This is Guenter Wendt at the Cosmosphere in 2007, when he gave me one of the best quotes I've ever had on this blog. He asked if I know what NASA stood for. Like a boy scout with the right answer, I said National Aeronautics and Space Administration. He told me it really stood for "Never Absolutely Sure of Anything." 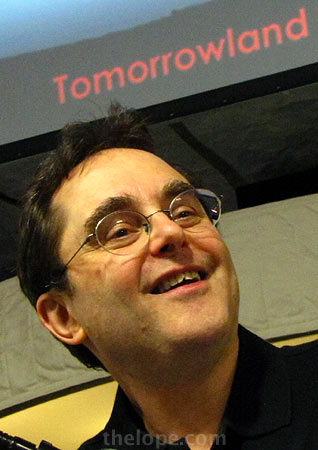 Moderating the discussion will be accomplished space author and expert on all things space-retro, Andrew Chaikin.

Saturday night will see a sold-out fundraiser for the Cosmosphere, featuring the folks mentioned above along with a reunion of the almost ill-fated Odyssey with the surviving members of its former crew - Jim Lovell, Commander, and Fred Haise, Lunar Module Pilot. Jack Swigert, Jr., Command Module Pilot, died of cancer in 1982.

At right you can see the oxygen fans switch that, when thrown by Jack Swigert, sent current through wires that had lost their insulation due to a previous error on the ground. The result was an explosive rupture that blew one side off the service module and endangered the crew for several days. Of course, they were brought down successfully, due in large part to a very cool and calculating mission control staff - men who ate a lot of steak, smoked a lot of cigs and didn't need no stinkin' calculators.

You can see and hear some of them Saturday at the Hutchinson Sports Arena.