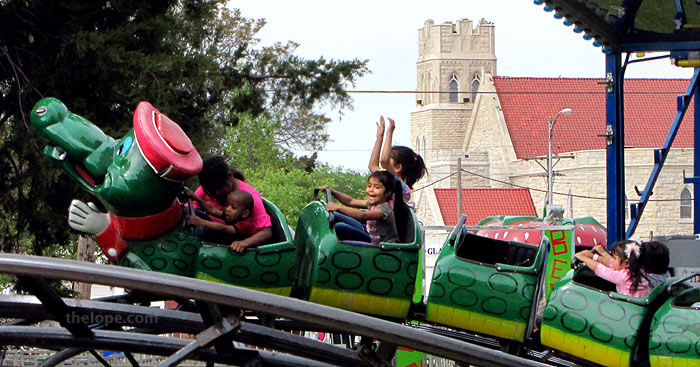 Children enjoy a carnival ride in George Pyle park during the Cinco de Mayo festival in Hutchinson, Kansas, as First Presbyterian church looms in the background. It was actually May 1, but I suppose you have to pick one weekend or the other. 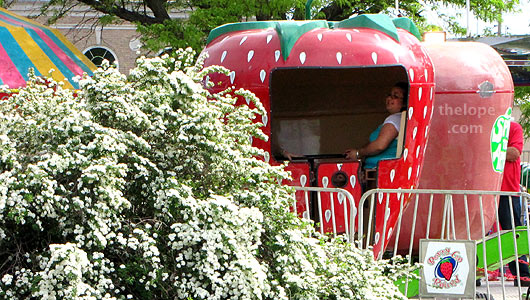 It was nice to see some life in the park, formerly Sylvan Park (a name I shall miss for its more ethereal quality). Here, folks ride in giant strawberries and apples near snowball bushes. 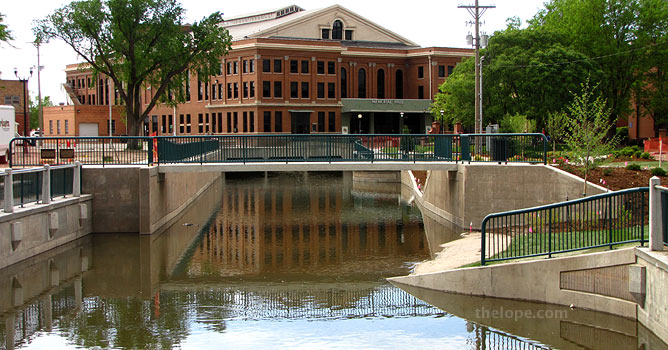 The park has undergone a face lift of late, gaining new concrete work along the canal that holds Cow Creek. That's Memorial Hall in the background. 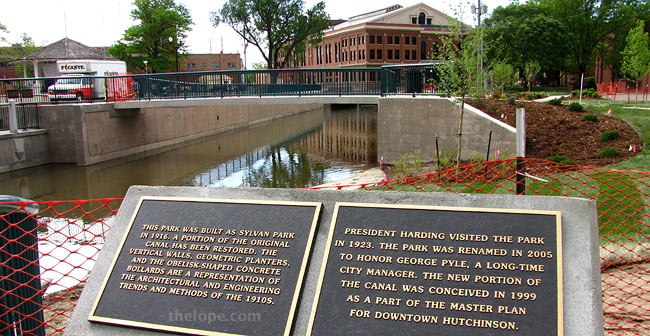 Before taking off for a Derby Day party, I had a chance to snap this plaque, which explains a bit of the history of the park. 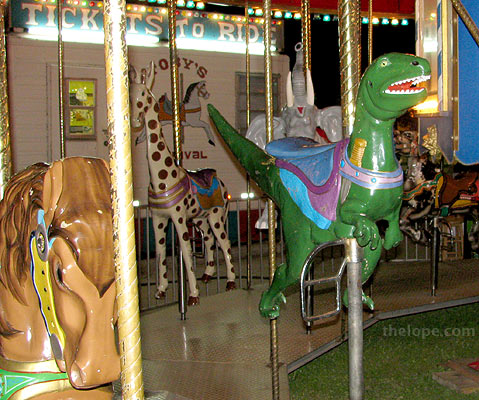 Returning in the evening, I pondered this Velociraptor on the kiddie carousel. Ahh, to have had carnivorous carousel dinos that would unzip your skin and drink your guts when I was a kid! 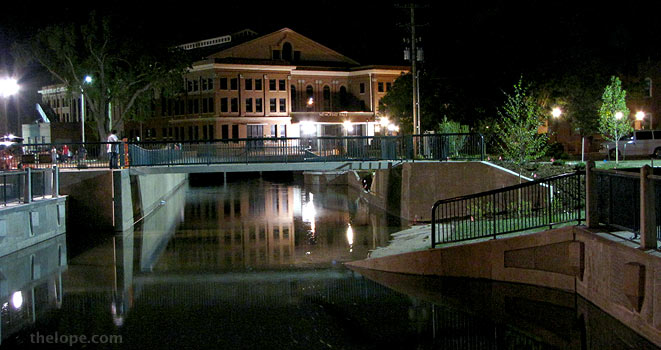 Here's a night view of Memorial Hall from the sidewalk along Avenue B. 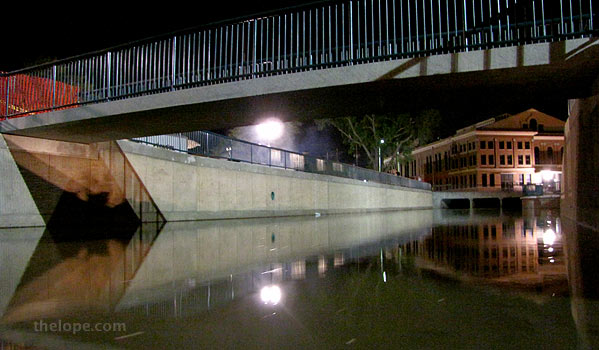 Am I the only one who imagines Lon Chaney as the Phantom of the Opera emerging from the canal beneath the hall, carrying fainting operatic diva whats-her-name in a stylish gondola while declaring "Beneath your dancing feet are the tombs of tortured men, thus does the Red Death rebuke your merriment"? Maybe I watch too many silent movies.

But, as to merriment - Picante, a Topeka-based band, played a concert in the under-utilized bandstand as a small crowd danced. I hope to see more of this sort of thing: 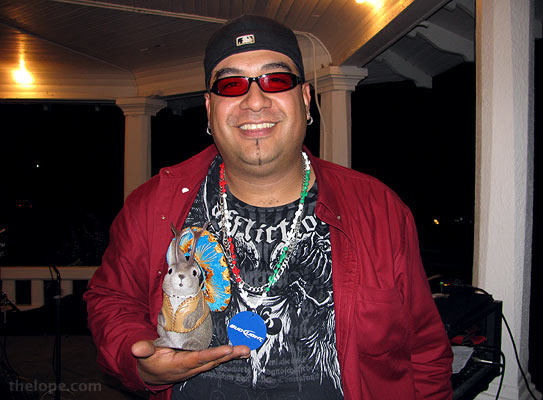 Papo Vargas of Picante holds Ace, who is wearing a festive sombrero.