The Lope: Things Irish, and then some

Things Irish, and then some 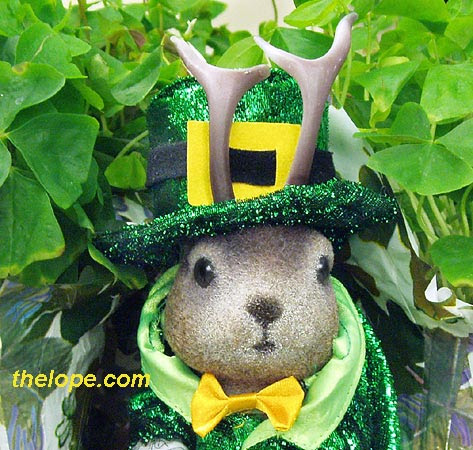 Top o' the mornin' to ya, from Ace Jackalope!

Today we celebrate Saint Patrick's Day, or, more precisely, anything having to do with Ireland or the color green, because both are cool.

St. Patrick, like any person sufficiently shrouded by the mists of time, has a somewhat indefinite biography but it is generally agreed that he was born in the late fourth century A.D. in Britain while it was part of the Roman Empire. He had a Roman given name, but it was changed to Patricius (Patrick) either after his baptism or after his entry into the priesthood. Patrick was kidnapped by raiders when he was 16 and sold into slavery in Ireland where he worked as a shepherd during his captivity and is said to have begun having religious visions. Led by such a vision, he escaped to France after six years. 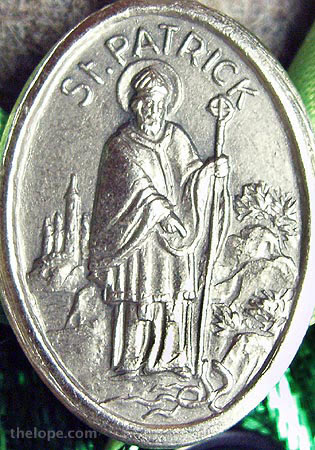 Patrick eventually returned to Ireland as a missionary and is widely credited with converting the Irish to Christianity, using his familiarity with their native pagan ways. For instance, the pagan Irish were accustomed to honoring their gods with fire, so Patrick chose to celebrate Easter with bonfires.

He also is credited with the creation of the Celtic cross, via the combination of the cross with a pagan Irish sun symbol.

Shamrocks enter the tale with accounts that they were used by Patrick to explain the Catholic Trinity to potential converts; the three leaves of the plant being the father, son, and holy spirit.

Patrick is also reported to have driven all of the snakes, a pagan symbol, out of Ireland and into the sea where they drowned. 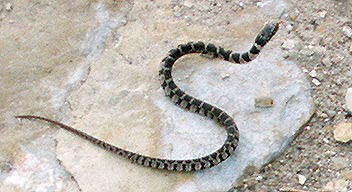 Biologists believe there were no snakes on the island at that time, so the story may be a metaphor for driving paganism out of Ireland. Patrick is believed to have died on March 17, around 460 A.D.

By the way, the St. Patrick medal shown above is a "relic medal." "Ex Indumentis" is Latin for "from the clothing" and the medal has a small piece of cloth embedded on the back. 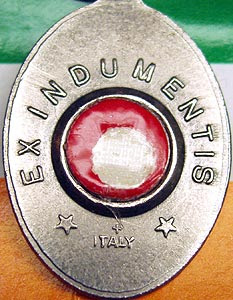 This is probably a "third class relic" or one that has been touched to a first or second class relic, or, if none are known to exist, to a shrine dedicated to the saint.

A "second class relic" is a piece of something that was once in contact with a saint. A "first class relic" would be an actual piece of a saint, usually a bone chip. Yes, such things are actually sold here and there; I have a few, but view them with respect for those who believe, but with a huge dose of personal skepticism. I mean, when you run the production numbers over the centuries to their logical conclusions, you'd have enough pieces of a given saint to assemble a Godzilla-size version...now that'd really scare the snakes.

Picture, if you will, a St Patrick who sees the 1925 silent dinosaur movie, The Lost World (it takes a while for movies to reach heaven), in which a Brontosaurus with a snake-like neck invades London. Dinosaurs were described long after Patrick died, so, to him this is just a big snake with legs. 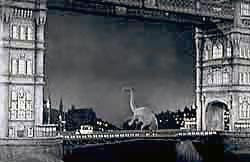 London is bit too near Ireland, so the protective Patrick re-forms himself out of all those bone fragments into a 400-foot mega-saint and goes in search of the behemoth where it was last seen near London Bridge.

Having discovered that London Bridge was moved to Lake Havasu City, AZ, in 1969, Mega-Patrick crosses the ocean and begins to rid the U.S. of snakes on the way to the Grand Canyon State, where he meets resistance in the form of Alice Cooper, who damn well does NOT want to give up his python. 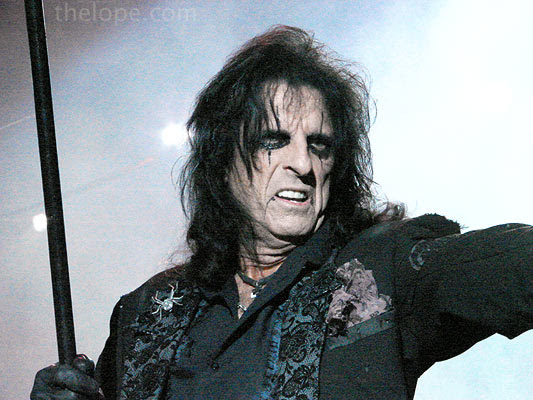 Cooper transforms from meek Little League coach into giant Mecha-Alice and the two duke it out at London Bridge.

Sorry, I do digress; but it IS a day for tall tales.

Back to the subject of Ireland...sort of. Shamrock, Texas, on glorious Route 66, was given its name in 1890 by Irish immigrant sheep rancher George Nickel. The town has successfully played on its Irish name and today they are beginning their annual three-day festival. This is part of a mural on the wall of a Shamrock business. 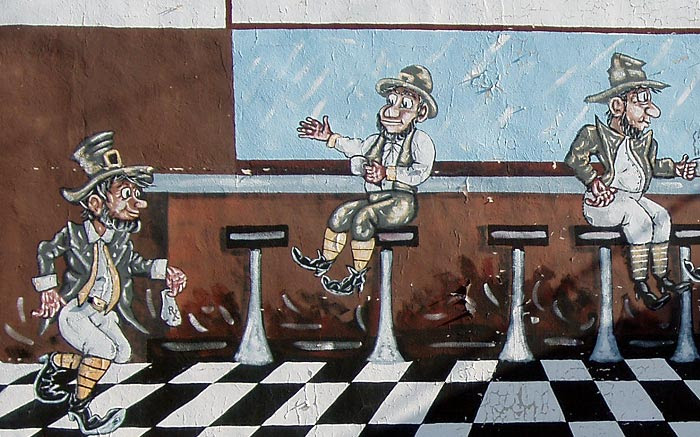 In the late 1950's, tourism-minded city fathers somehow managed to obtain a slab of the Blarney Stone, a famous Irish landmark reputed to bestow the gift of smooth-talking to those who kiss it, from Blarney Castle in County Cork, Ireland. Today it rests in Shamrock's Elmore Park.

I've never found an account of just exactly how it came to pass that people from a small town in Texas could convince the powers-that-be over an ancient Irish castle to fork over a piece of its greatest relic, but I bet it's a good story.

I just hope that Shamrock's slab is Blarney in the actuality rather than metaphor, and that there aren't a bazillion pieces of the Blarney stone out there - enough to make a huge castle for Mega-Patrick or Mecha-Alice. 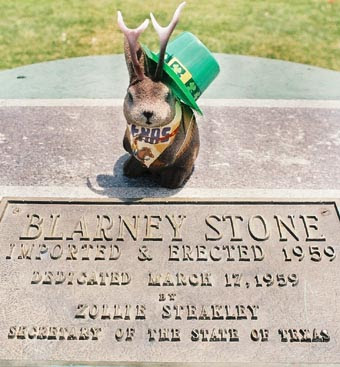