The Lope: Barstow to Victorville - Last of the Desolate Miles

Barstow to Victorville - Last of the Desolate Miles 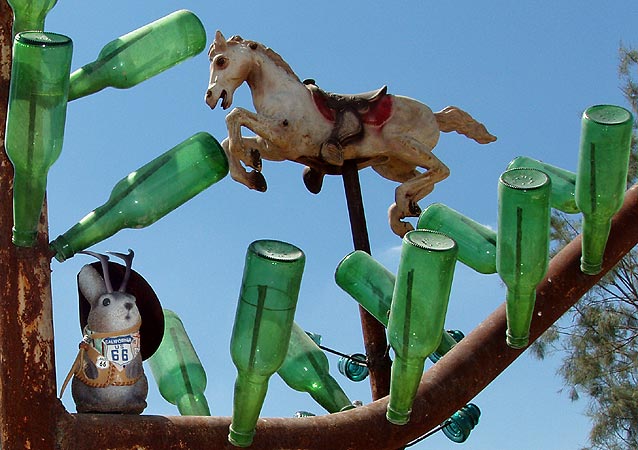 Often present on our journey since between Albuquerque and Grants, NM, a BNSF mainline train labors foreward on tracks laid over fields of sage brush. 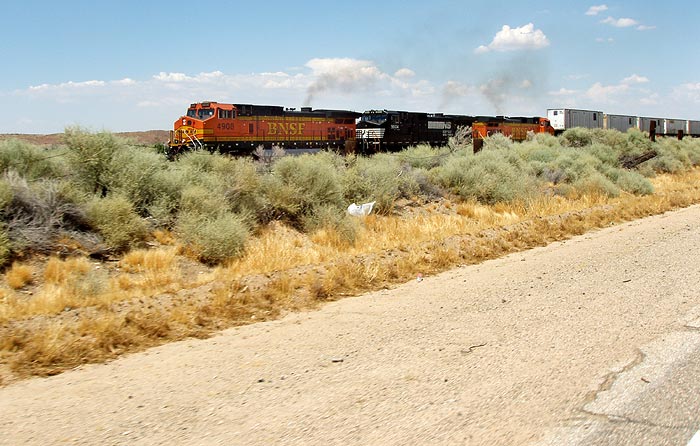 What would a desert be without a bottle farm? 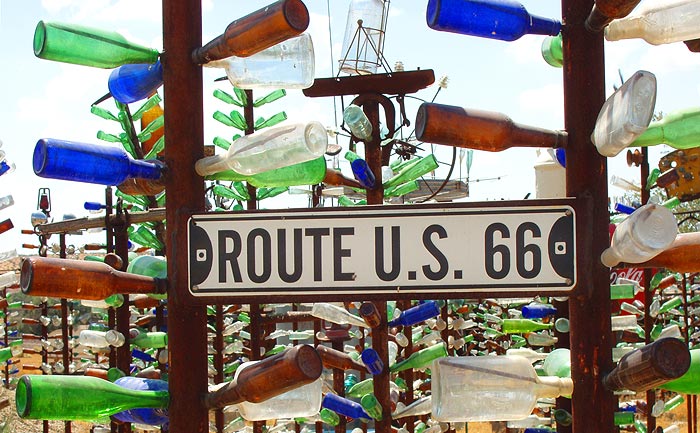 This one - the same one seen with Ace, at top - is north of Oro Grande a few miles. 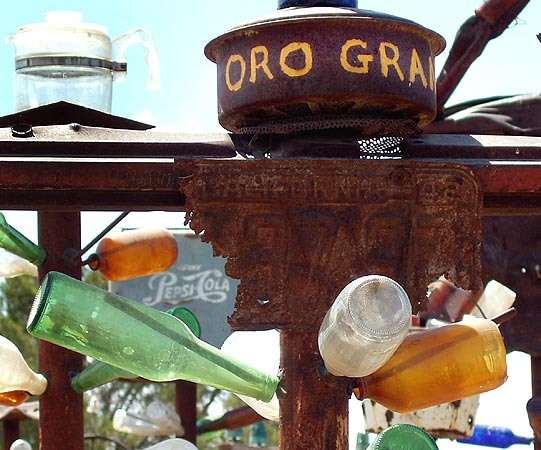 When I first posted this entry on Feb 3, 2006, I had no idea who the bottle artist was. In April of that year, Route 66 News informed its readers that the bottle man has a blog. The man's name is Elmer Long; go take a look. 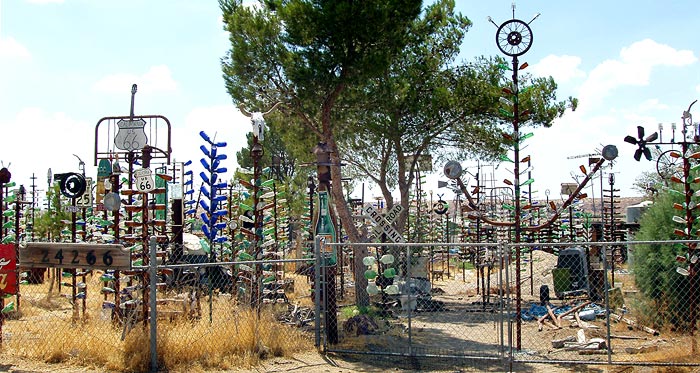 It was nice to see a last gasp of desert eccentricity before Rt66 began to morph into city streets. 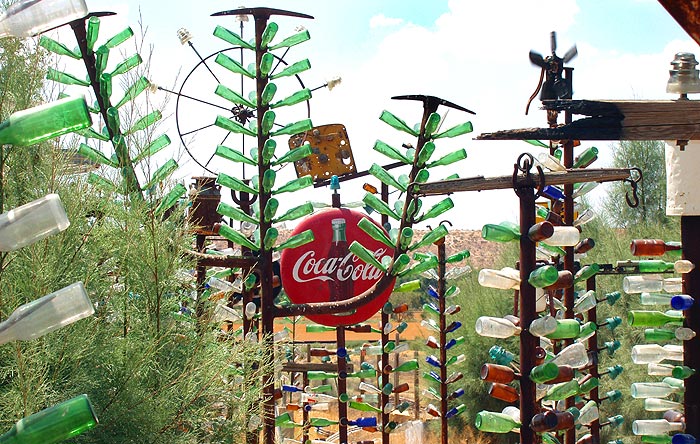 Until recent years, this area was home to other bottle sculptures at a place called "Hula Ville" or "Mahan's Half-Acre"...more about it when we get to Victorville. 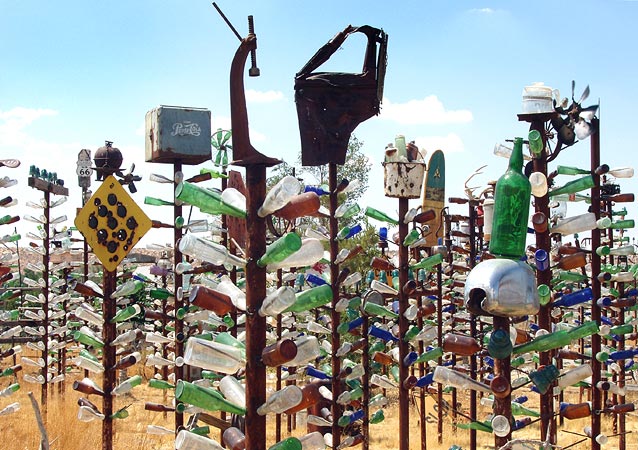 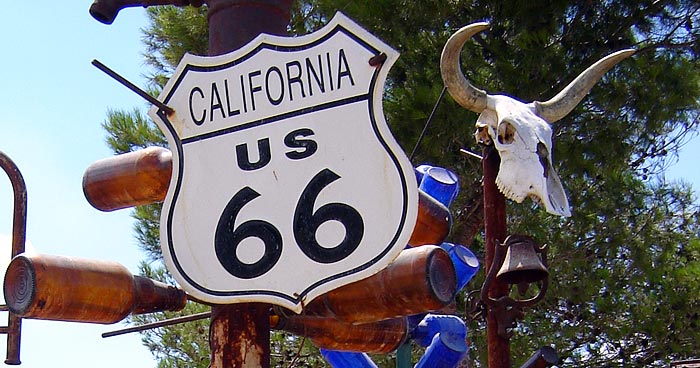 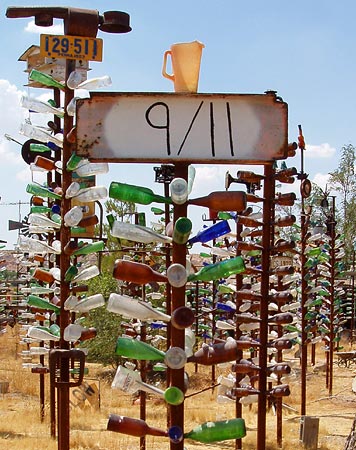 Sometimes it seems like the railroad mainlines are like a thread that interweaves with Route 66 to stitch so many of these places together...La Posada to the Wigwam Motel to here. 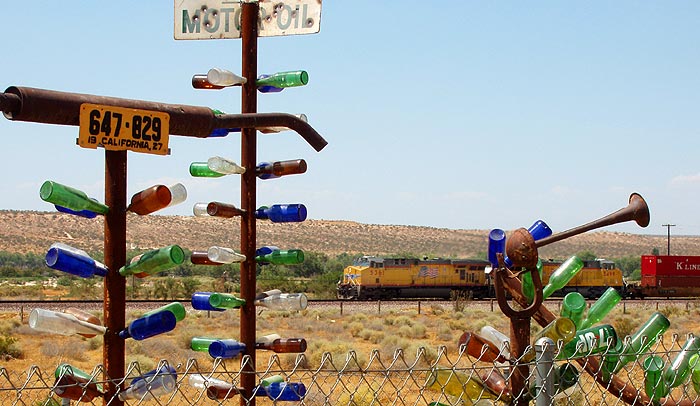 A sculpture, filled with empty 2-liter bottles, swings in the wind. 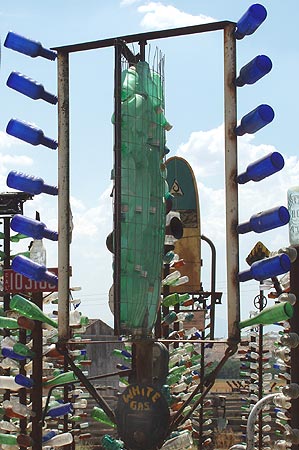 The bottle farm furnished a welcome splash of color on our route. 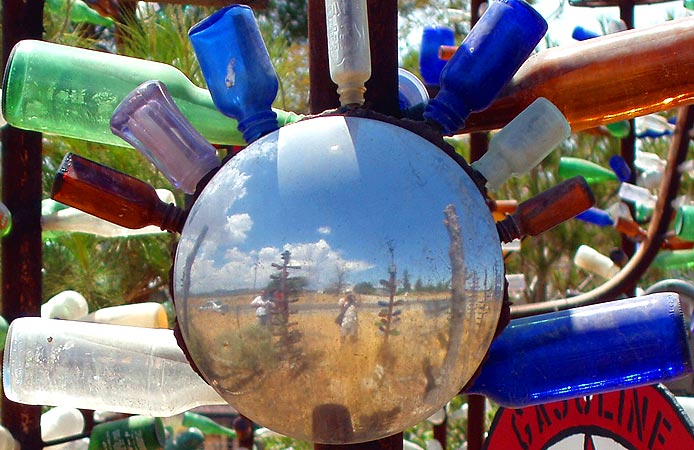 This is the ruin of Potapov's Service Station and Auto Court. Bill Potapov came here in 1943 and sold Douglass gasoline. He also apparently collected car radios, spare tires and bumpers as collateral for credit.

The buildings pre-date Potapov's arrival and, according to a flyer distributed by the Barstow Route 66 "Mother Road" Museum, may have been build by a man named Guy Wadsworth.

I don't know what it is, but the grafitti artists sure like it. 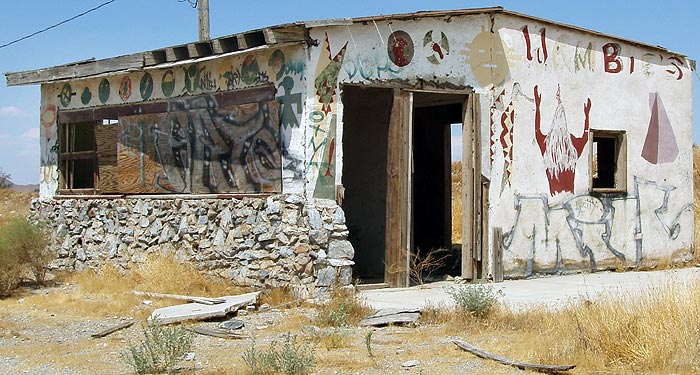 The Iron Hog Saloon was seen in the movie, Erin Brochovich. The building dates from 1931 and hosted several businesses before this one.

The Riverside Cement Company in Oro Grande is a main industry of the region. A friend familiar with the area tells me that everything for quite a ways around is covered with cement dust. 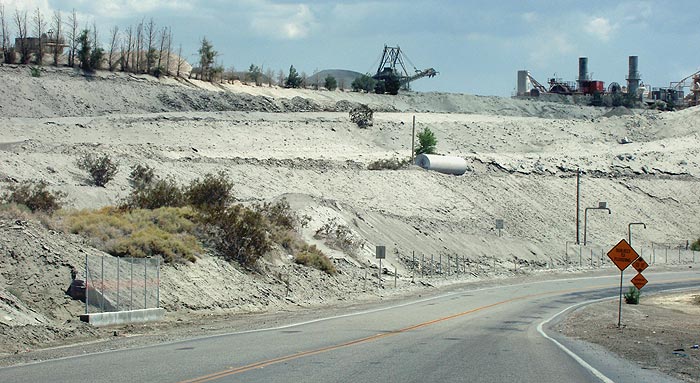 I have not idea what this building north of Victorville had hosted, but it'd been awhile since I'd seen any googie, so I shot it. 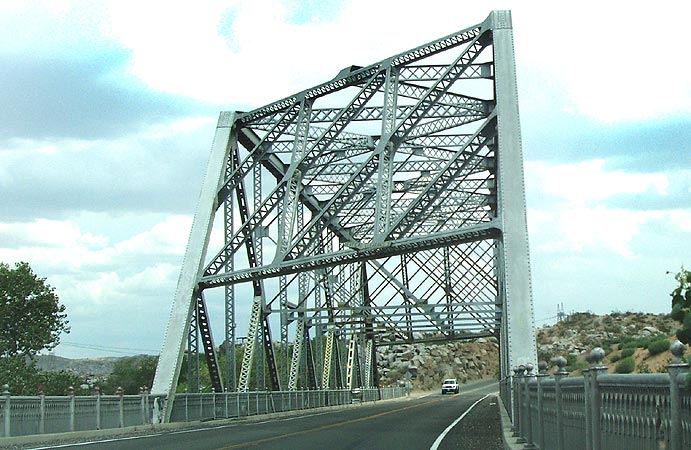 The Lone Yucca Apartments in Victorville is an ex-motel, I presume. 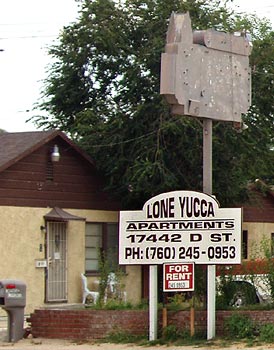 Emmajeans Holland Burger Cafe in Victorville is the home of the "Brian Burger." What that is, I don't know...but I probably want one. 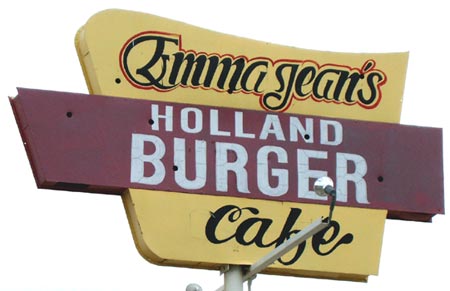 Victorville is obviously proud of its Route 66 heritage. 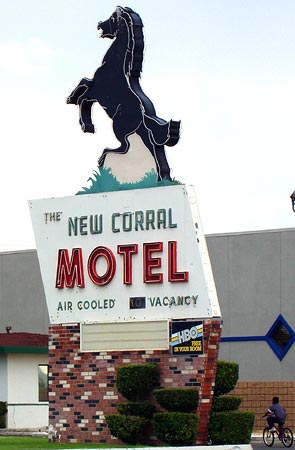 Next stop on Rt66: Hula Ville! 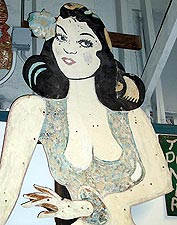 Thanks to Mark R. for his contribution to this post.

I found this site using [url=http://google.com]google.com[/url] And i want to thank you for your work. You have done really very good site. Great work, great site! Thank you!