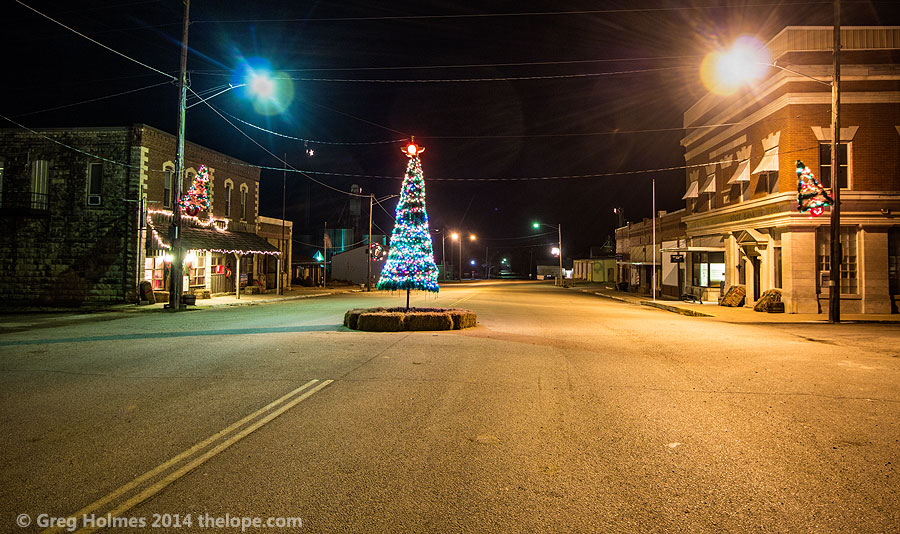 To motorists along Kansas hwy 400, the small town of Leon (pop 691) is where you slow to 50 mph or risk a ticket from the near-omnipresent cop car that awaits. Last Christmas season I decided to turn north on to their Main Street and was rewarded with a neat little downtown Yuletide scene. 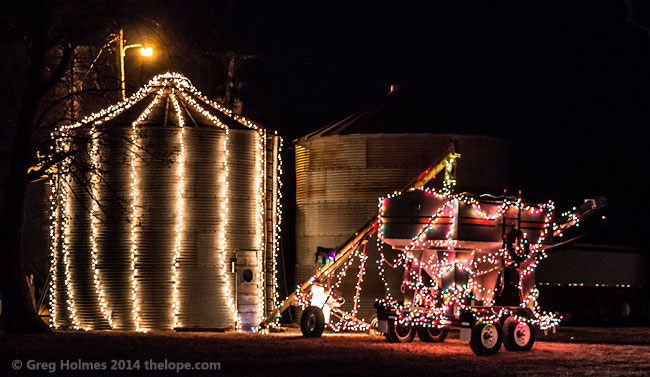 Lights on agricultural equipment are not that unusual. But the tree in the middle of the intersection, surrounded by hay bales and the town's only traffic light for a topper was pretty cool. There's also a star on the grain elevator in the distance. A closer look at that tree topper is in order. The town of Scammon, KS, also has a tree in an intersection but does not position it with a traffic light topper. 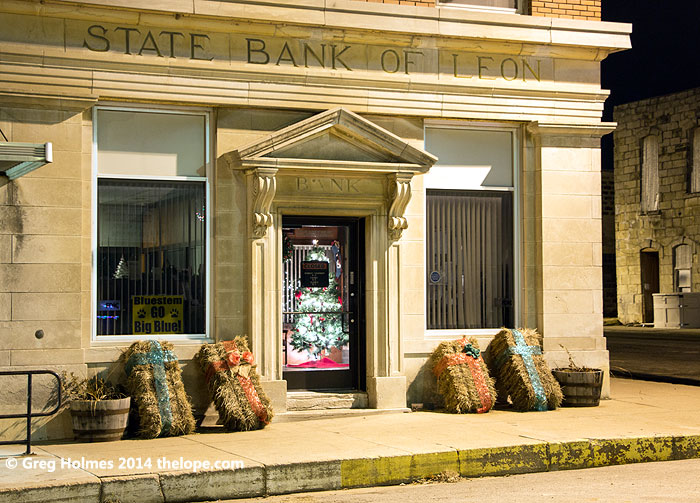 Decorated hay bales lean against the front of the State Bank of Leon. I'm not generally a fan of the cross as a Christmas decoration. It seems the wrong season and it's kind of skipping to the end of the book, but I did like the texture of the stone wall with jagged wood beams protruding. 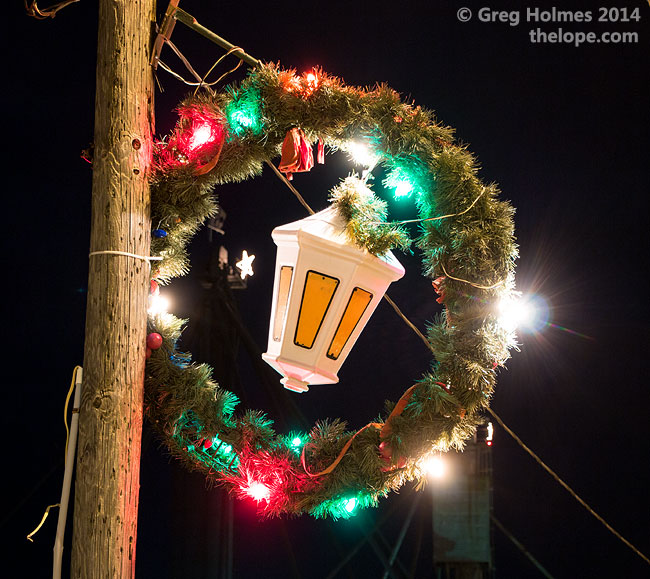 The mass-produced municipal plastic lantern was a good touch. This is the same model used in Joplin, MO, but with different colors.

posted by Ace Jackalope at 7:43 PM