Lights on Texas St. (read below)

This not a 2016 guide, but all the sites listed here have very similar - in some cases identical - displays this year. I'll note it if I know otherwise.

The huge Santa face with a waving Coleman lantern has been affixed to the Coleman plant during the Christmas season for many years. If anyone knows how long, exactly, please comment. It can best be seen best from I-135 northbound lanes or North Hydraulic, just south of E 37th St North. 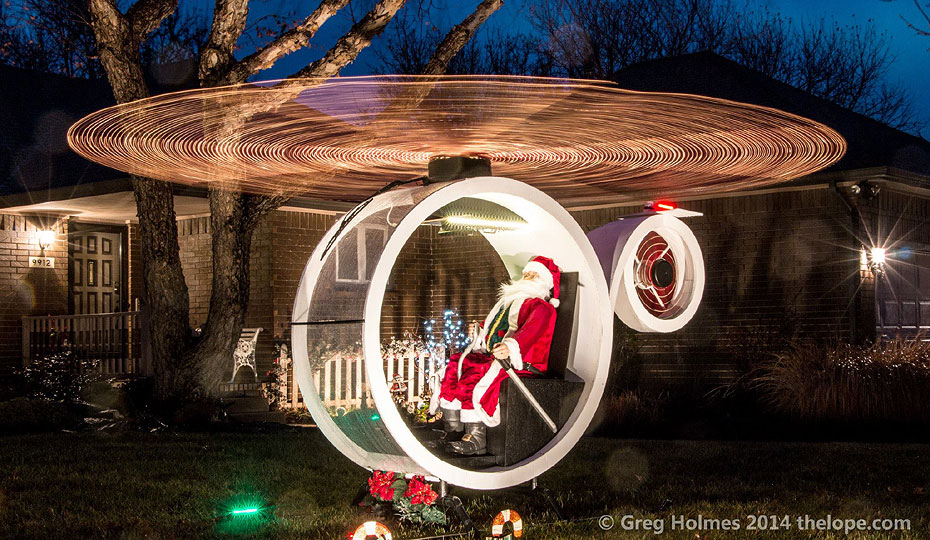 This one changes every year, but is always cool. Dreux Schwaiger, 9912 W 18th St., creates a different transportation-themed display every Christmas season for the front yard of his house. In 2014 Santa had a helicopter with rotating blades. (not present for 2016 as of December 10)

In 2015 he built Santa a flying saucer; it lights up but I was there in the wee hours of the morning. 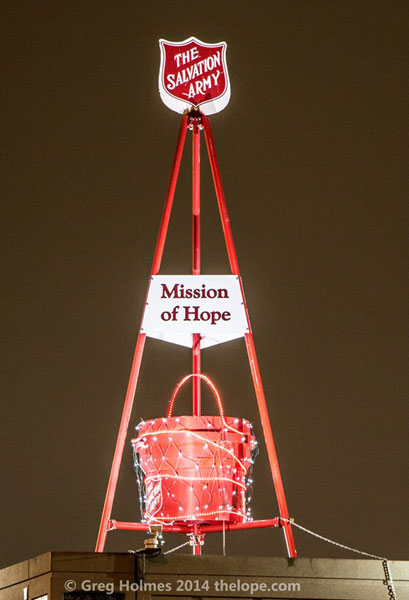 The giant Salvation Army kettle is a perennial decoration downtown on the north side of hwy 400/Kellogg.

Nearby are often some animated frame lights.


As far as neighborhoods, the "Candy Cane Lane" on Azure Circle and a and part of nearby N Cedar Park St is unbeatable. See the 2014 video above. I understand it's much the same in 2015.

The Grossman Family, Alan, Linda and son Mathew, pays homage to the film "A Christmas Story" with scenes from the movie on their lawn at 818 N Cedar Park St. If someone can confirm this display is still going in 2015, please comment. 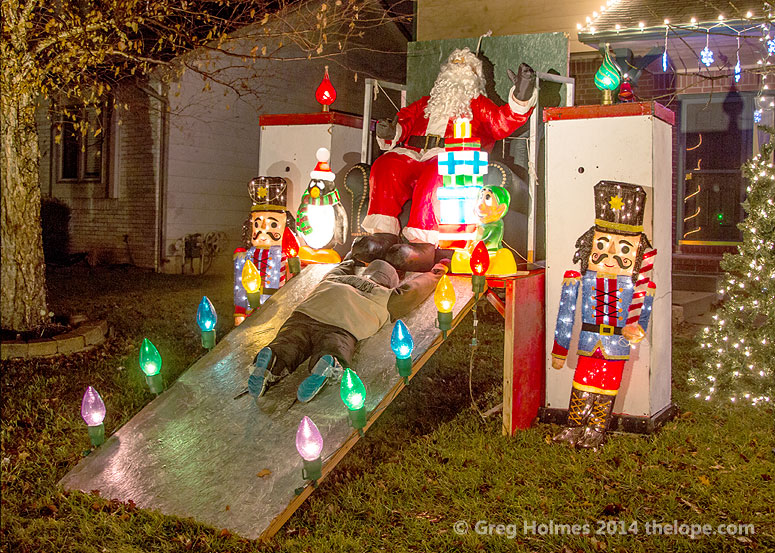 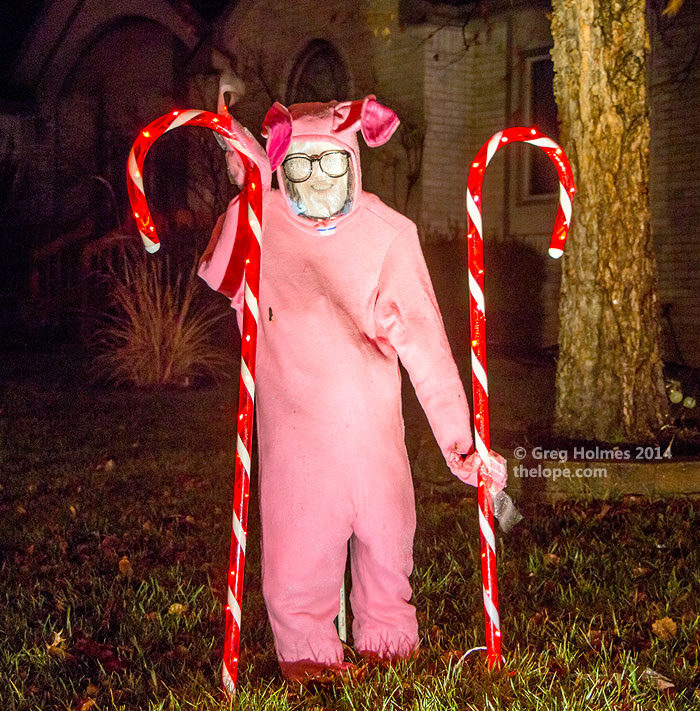 A tour bus passes as "Flick" gets his tongue stuck on a pole.

Just down the street, a biblical scene plays out. 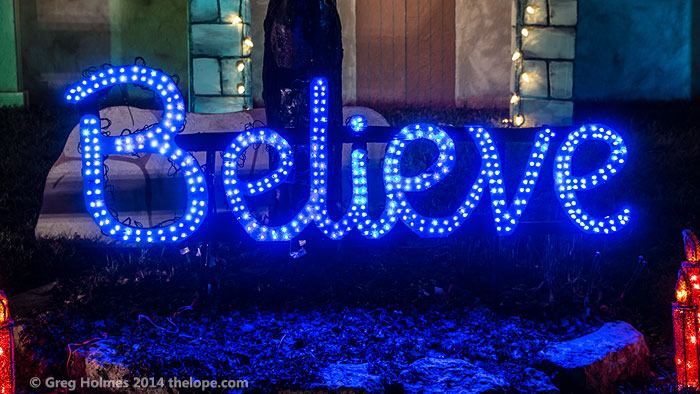 The folks who used to have this display on Lawrence Court have moved to 11603 W. Texas and put up the same fabulous display. The Lawrence Ct. location is shown above and below.