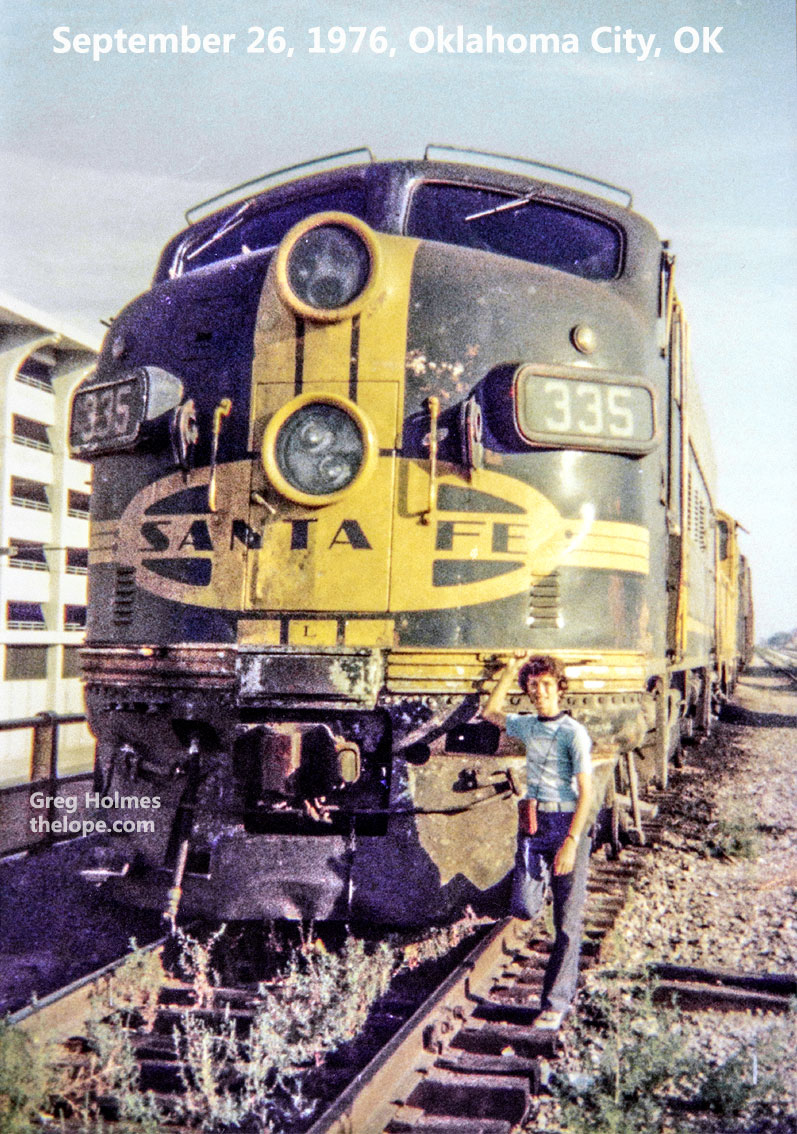 My mom and brother agreed to search for the rare locomotive and we found F-7 numbers 335 (pictured with me) and 245. This was exciting because 1976 was in the temporal danger zone for such locomotives between just plain old and "classic" so they were usually doomed.

I was fifteen and two brands of nerdy: railfan and trekkie. You can't see it, but the shirt on my lean frame has a silkscreen of the Enterprise as seen from an ordinary window. That pouch on my side holds the second camera I owned, a 110 film Kodak Tele-Instamatic.

"F-units," like this F-7, a line of streamlined diesel locomotives produced by General Motors' Electro-Motive Division were a mainstay of many railroads from 1939 - 1960 and were often used to pull passenger trains. Santa Fe passenger service had ended just five years earlier in 1971 and, even before that, F-units had been replaced by boxier locomotives like the FP45. By 1976 the streamlined engines that powered trains like the Super Chief were relegated to freight service while waiting to be scrapped or drastically remodeled into the boxy, ungraceful model CF-7 at Santa Fe's Cleburne, TX, shop.

This photo was most likely taken by Steve Holmes with a Yashica 35mm rangefinder. The photo had aged by the time this copy was made. We had the permission of railroad employees to approach the locomotives in those less liability-conscious days.

posted by Ace Jackalope at 7:23 AM