I've been on a trip-o-ganza that started with a visit to the National Route 66 Festival in Clinton, Oklahoma, then took me to Central Kansas, Kansas City, Columbus, Dayton and Cincinnati Ohio, Kansas City again, Joplin, Hutchinson KS and back to Joplin at present for a day or so. I'm working on a Clinton post as time is available. Until then, here's something that just doesn't fit into the rest of the Clinton coverage.

After a failed trip to have dessert with two friends at the White Dog restaurant on my last night in Clinton (White Dog closed early due to plumbing problems), I dropped my passengers back at their cars in Clinton and hurried back to White Dog Hill to catch the twilight behind this old Ford truck. 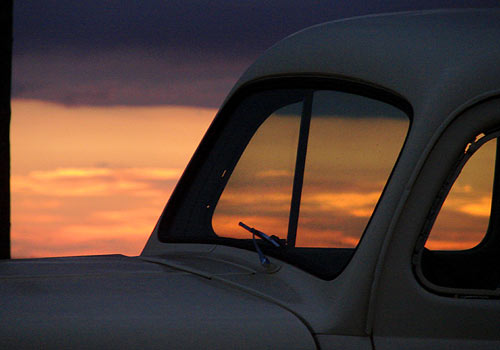 I'd been there three nights before, so I knew it had potential.

I found more than I'd hoped when I saw this Tarantula crossing Route 66 near the White Dog's driveway.

I wasn't worried about having my fingers this close, as the Oklahoma Brown Tarantula is barely venomous; its bite is less potent than a bee sting. It's not inclined to bite a human anyway, unless it has no alternative. I hope it enjoys the texture of the old road as much as I do.

These are flash pictures; I could barely see the thing half the time. Luckily, the road was deserted.

I shot my pictures, then chased it off the pavement, thinking it'd be safer that way. It did not like the proximity of my herding feet and I successfully annoyed it onto the shoulder of the road.


However, as I passed the same spot after a trip to the all-night Subway sandwich shop in Love's convenience store just down the road, the spider was back in the middle. Female Oklahoma Brown Tarantulas live up to 35 years and males up to 12 years; I do hope this one changes its habits for greatest longevity. 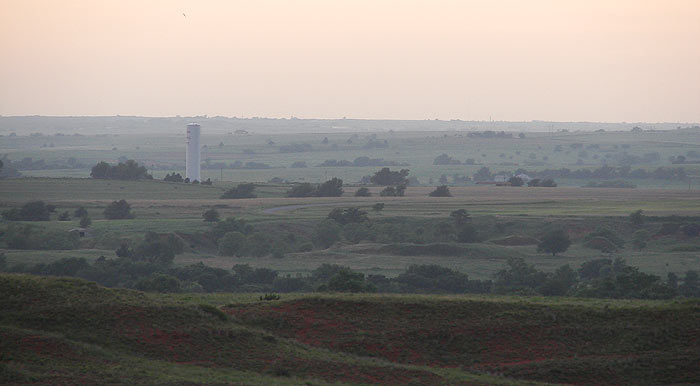 All of this to roam over, and it picks the road. The ways of spiders are strange to me.

posted by Ace Jackalope at 6:51 AM

Given the choice, wouldn't we all rather spend our time on the road?

I'd say a little more than that spider was confused. *giggle*

Reckon the females live so much longer because the males are the ones who are dumb enough to cross the road (probably in search of females, who are smart enough to stay put)?

no doubt the lure of the road is too strong !!
love the sunset photos