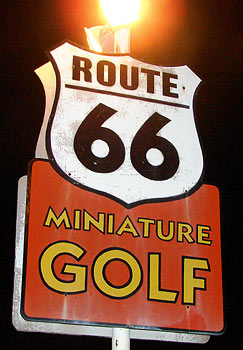 While in Clinton, Oklahoma for the 2007 Route 66 Festival, I had the luck to run across a miniature golf course near my motel. 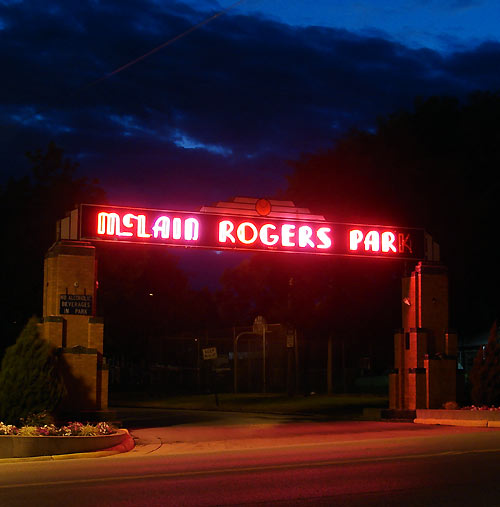 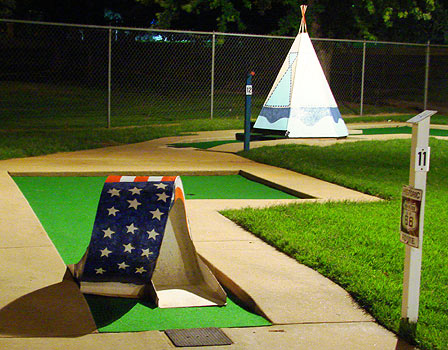 The course contains three classic older metal miniature golf obstacles; of which this loop is the most common. Over the last few years I've asked many a mini-golf course owner where these things came from and a company called "Wittig" is the most common answer. I've never found much information on the company and welcome reader input on this. Like neon signs and soda fountains, miniature golf obstacles (those that were manufactured as such instead of being owner-built) aren't so common anymore. Aside from the decline in popularity of miniature golf courses in general, many businesses that remained disposed of their obstacles during the 1980s trend toward courses that emphasized landscaping and sought respectability as "evolved." 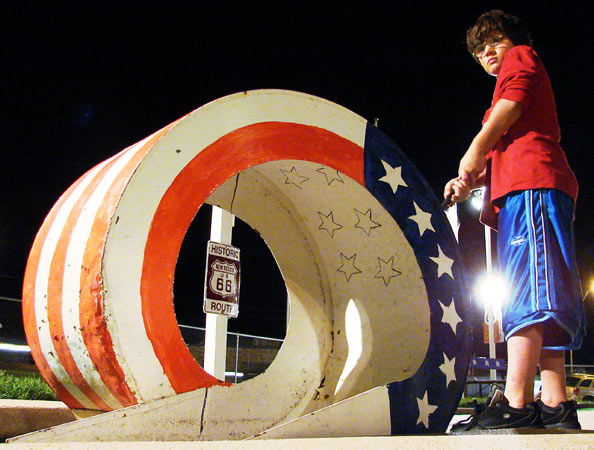 Jonathon Johnston from Norman, OK watches the trajectory of his golf ball. Note the Rt66 sign visible through the loop. 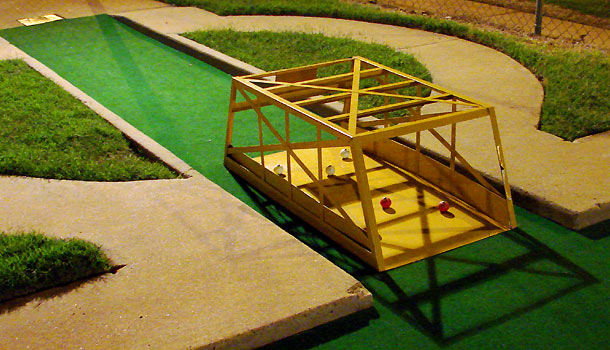 The metal bridge is the second of the classic metal obstacles. I've photographed a few of them over the years and they are identical, so I assume there was a common manufacturer. 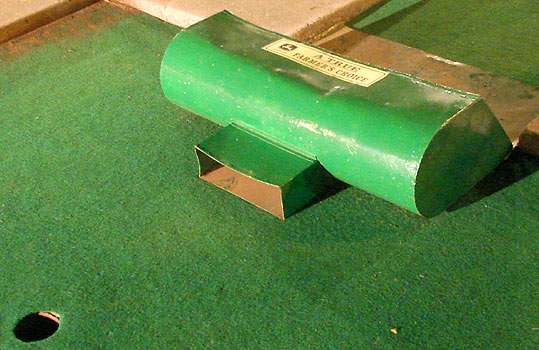 This diabolical "ball return trap" is the third of the three classic metal obstacles. While there are many metal Eiffel Towers, windmills and such out there, they lack the manufactured consistency of the previous three obstacles. Courses also used fiberglass obstacles, but they tended to also be marketed as company attention-getters and not exclusively mini-golf ornaments. 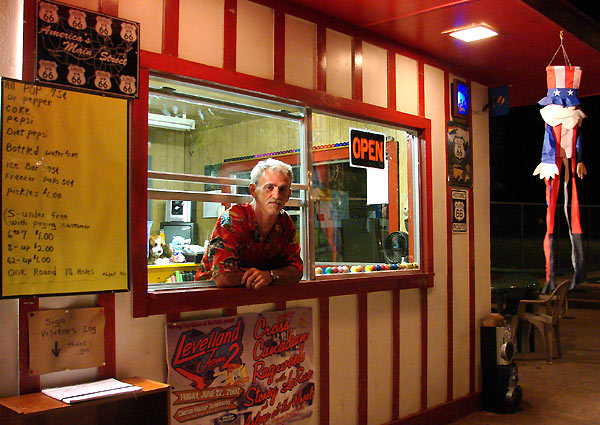 Rollie Smith (pictured) and his son, Sidney, run the course, which Sidney began leasing from the city of Clinton about a year ago. Smith says they've made many improvements and hope to continue to tweak the course over term of the lease, which is ten years with an option for another ten. 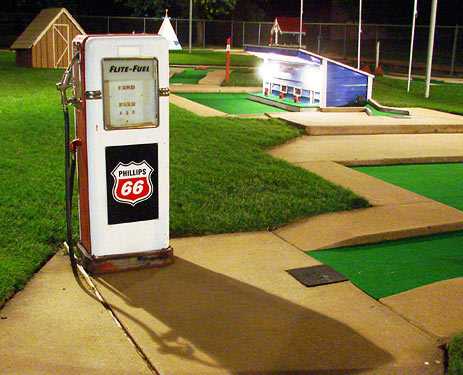 A Phillips 66 Flite Fuel pump adds to the ambiance. I've got to say it's one of the cleanest courses I've seen. 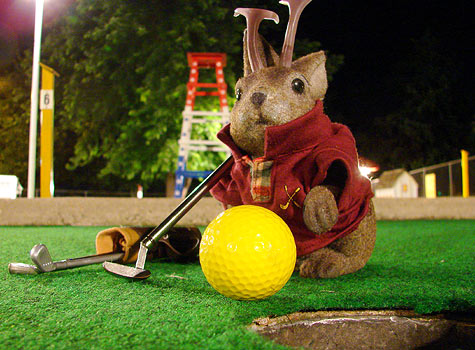 How fitting this was for the first day of the season. Nothing quite says summer like the buzz of fluorescent lights overhead, occasionally punctuated by the hollow plop of a "not quite a real golf ball" into the cup. Yeah, life is good.


If you revel in the kitsch of miniature golf, I highly recommend the book Miniature Golf, by writers Nina Garfinkel, Maria Reidelbach and photographer John Margolies. It has the coolest book cover I've ever seen; it's made of AstroTurf.

You should check out the mini golf course at Bell's Amusement Park in Tulsa sometime. The park is right next to Expo Square (you remember where that is, right?)

We would like to do an interview with you about your blog for
www.BlogInterviewer.com . We'd like to give you the opportunity to
give us some insight on the "person behind the blog."

It would just take a few minutes of your time. The interview form can
be submitted online at http://bloginterviewer.com/submit-an-interview

loop the loop company may be Wittek