We couldn't let July pass without a mention of the 60th anniversary of the Roswell, NM incident.

What happened? Well, maybe a UFO crashed near Roswell and maybe it didn't. Who knows. If you want to know more, use the internet; it was made for stuff like this. 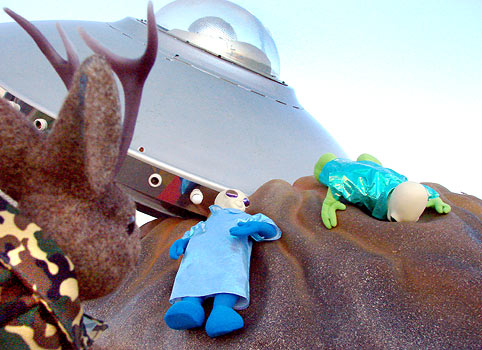 If it happened, we think the discovery by US military personnel of the crashed saucer and aliens might have looked something like this...or it might not have.

By sheer coincidence, we assure you, we happened to have been shooting photos on Wright-Patterson Air Force base in Dayton, Ohio earlier this month. The hanger shown is the one in which relics from the crash were supposedly eventually sent, if they existed...which we're not saying they did. 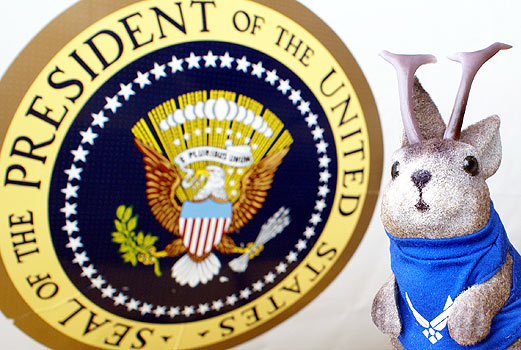 In fact, we at the The Lope deny any knowledge of UFO crashes or of the infiltration of the U.S. military at the highest levels by the shadowy underground jackalope network. 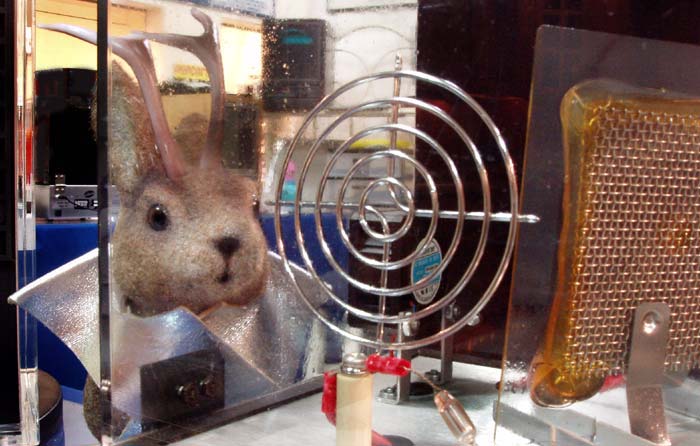 We furthermore deny that said network used technology back-engineered from any sort of UFO to perfect jackalope disguise techniques.