The Lope: Go Away, Muggles...I'm Reading

Sometimes it's fun to catch a fever. We did just that Friday night and joined the throng of midnight muggles waiting to buy "Harry Potter and the Deathly Hallows", the final book in J. K. Rowling's seven-book series. 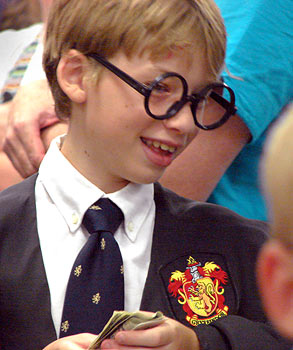 There had been a costume contest earlier at this Hastings book and video store in Hutchinson, Kansas. This young Harry Potter waits to change cash into the answers to so many mysteries. 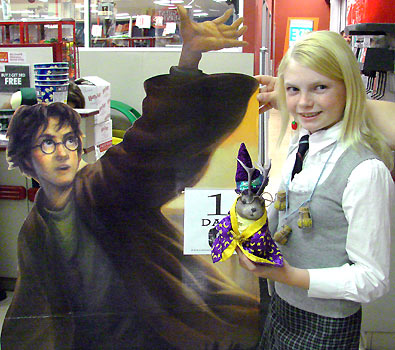 Luna Lovegood poses with a cardboard Harry and an Ace Jackalope. 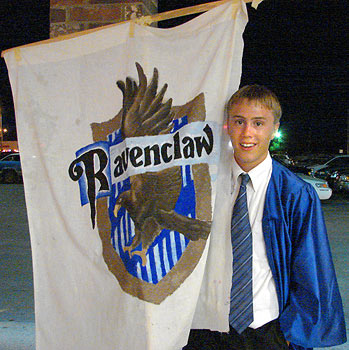 Ravenclaw was represented as well. 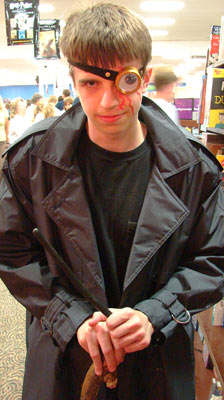 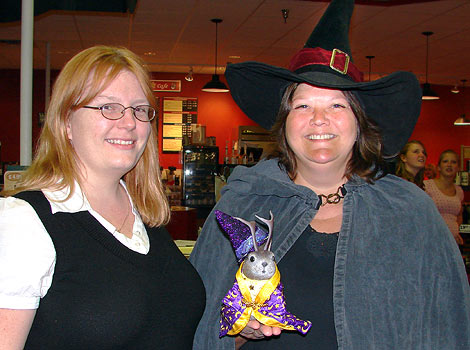 Ace gravitated to mature female students and witches. Go figure. The witch on the right recognized him through his wizard disguise. I wonder what gave him away? 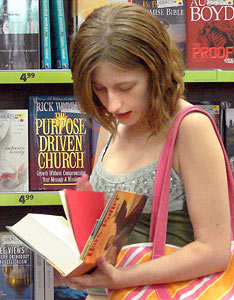 Customers began reading as soon as they left the cash register. 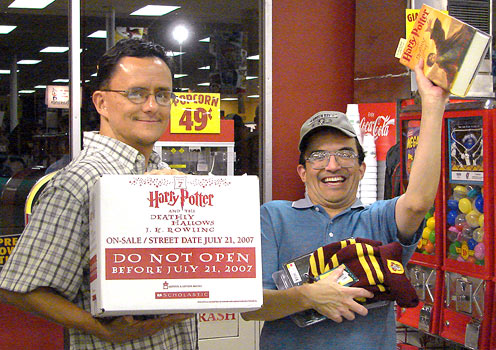 Ace's pals from previous adventures, Joey and Jesse Bribiesca, emerged victorious with a book, an empty box and licensed toys and hats for the kids. 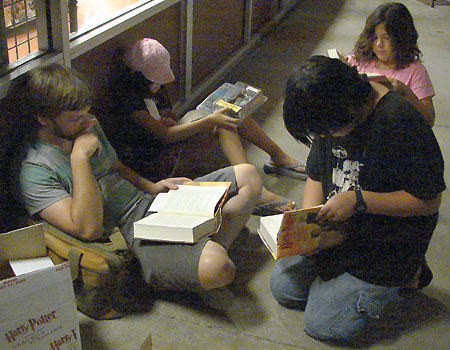 People waiting for friends or for rides began reading hungrily. I remember the alarm these books once caused in certain circles. Young people reading...can't have that now, can we?

posted by Ace Jackalope at 1:38 AM