Happy Fat Tuesday! From a mountain of beads, Ace watched customers in a seafood restaurant last year on this day. Three days previously, I attended a Mardi Gras party in Hutchinson, Kansas, hosted by Patti Arnold, left. Her daughter, Katie Arnold, holds a tray of divinity made by Patsy Terrell. 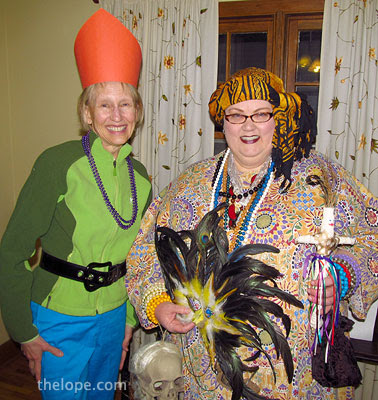 Trish Rose was a gnome, though I mistook her for a pope. Patsy Terrell was a voodoo priestess, complete with a voodoo doll of which she was suspiciously proud. You really have to watch Patsy. Of course, I loaned her a fake skull from a big box in my house marked "skulls" so I guess I bear watching as well. 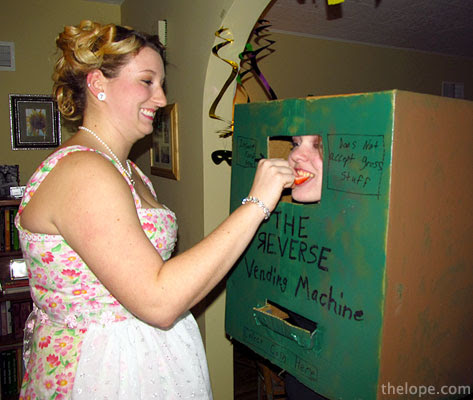 I must confess I do not quite understand Summer Gajewski's Reverse Vending Machine, but it "does not accept gross stuff." Nancy Self was resplendent in her flamingo shoes. Ace wore all the colors of Mardi Gras via a purple shirt and a gold saxophone on a green cord. 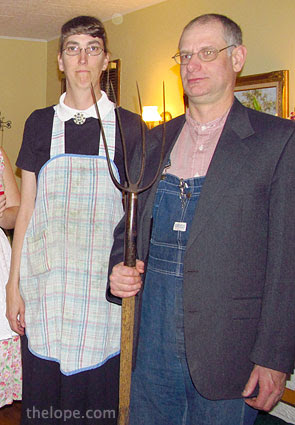 Amy and Jay Warner came as an American Gothic couple. Grant Wood would be proud. 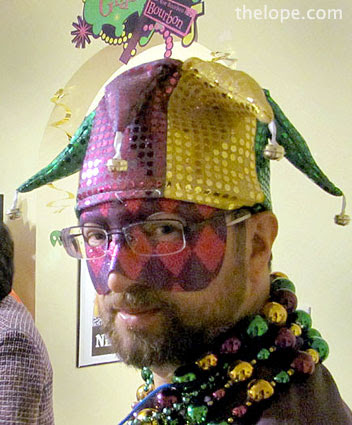 I also showed up in the traditional green, purple and gold. (photo by Patsy Terrell) There's a lot of history behind king cakes. I recommend the wikipedia listing. 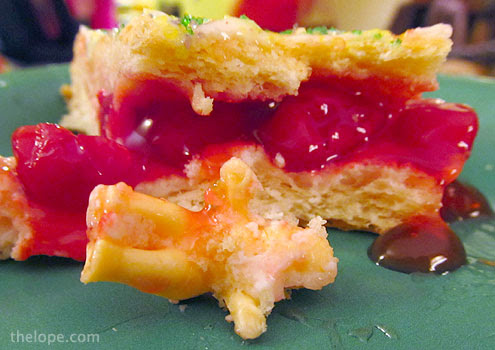 I ended up with the slice that contained a trinket symbolic of the baby Jesus. In some interpretations, that means I was supposed to give the party this year.

As for past Mardis Gras... 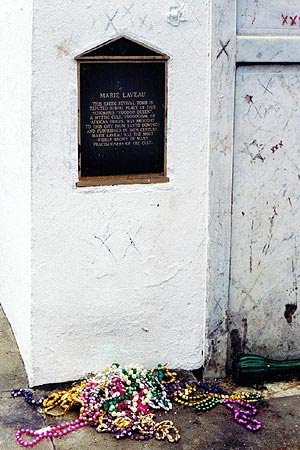 posted by Ace Jackalope at 6:00 AM