The Lope: Below Zero 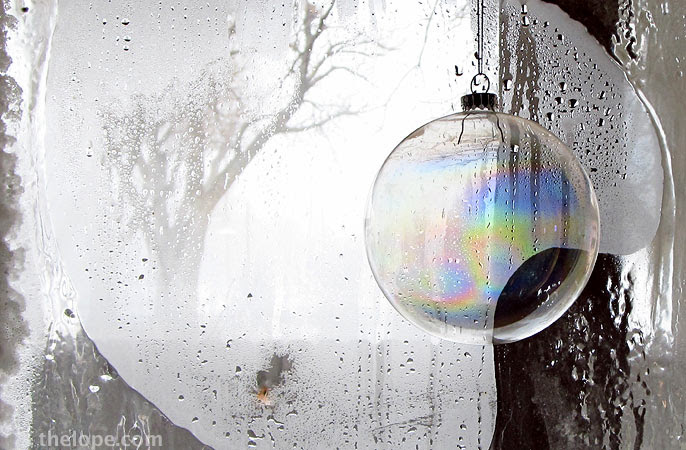 I couldn't believe my luck a couple days ago that the condensation on a friend's window formed a mid-century modern shape. As I write this, it's nine degrees below zero outside here in Hutchinson, Kansas. It's a bit breezy too. I don't even want to know the windchill. What make the temperature even more dramatic is that it was so warm toward the end of January. You wouldn't think it'd work that way. On January 28 it was 70 degrees. From then until now, that's a 79 degree difference in what one would think is the wrong direction. Oh well.

It started, for those of us in Kansas, on the last day of January with what the national media would come to call the 2011 Groundhog Day Blizzard. To be a blizzard, a snow storm must have winds greater than 35 mph with blowing or drifting snow which reduces visibility to one quarter mile or less. Also, a blizzard must last for at least three hours. We had all of that on February 1 in Hutchinson:

This was taped from inside a house, 'else the wind noise in the microphone would have been intolerable. Did you see the snow swirl? 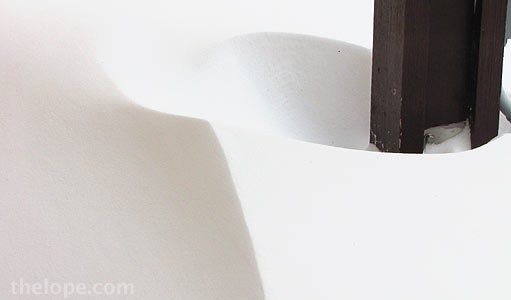 If you want to see tonal gradation, check out any snow drift.

This view reminds me of a space probe's view of the moon. 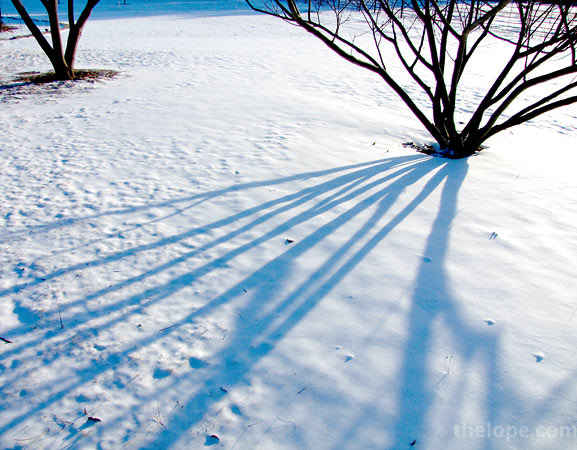 The shadows on snow are filled by blue skylight. This was February 2. (other photos: 1, 2) I was particularly enamored of this cow skull. 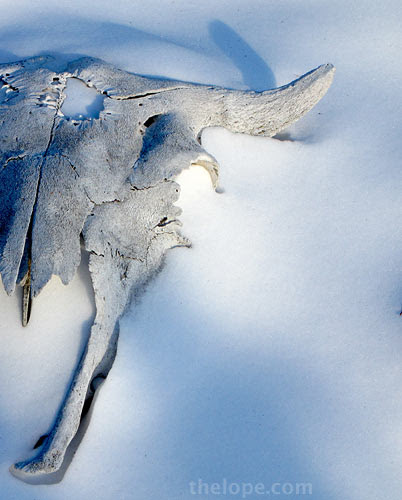 By February 3 some of the snow had sublimated. A second round of February snow hit us on the 8th. (another photo) 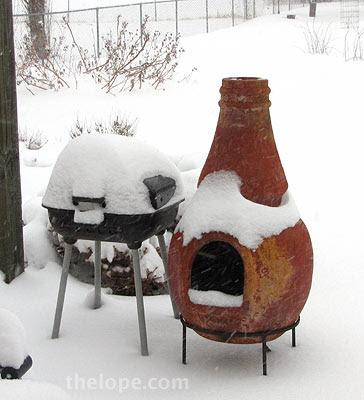 There's something funny about a barbecue grill and a chiminea in the snow. 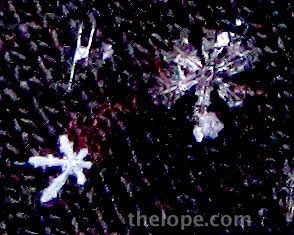 I took a piece of black cloth outside to see if I could do macro snowflake photos. It works, but only as well as my macro capabilities, which are limited. 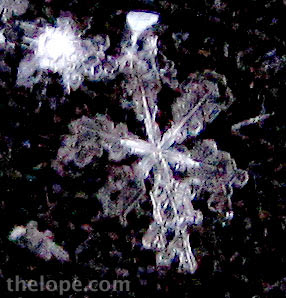 I tried using black plastic instead of cloth but the lack of friction enabled the snowflakes to blow away quickly in the stiff wind. I feel for all the little critters out in the cold. The sun set yesterday, beginning another night of below-zero temps. It was yet another good night for long undies and a wood stove.

posted by Ace Jackalope at 5:39 AM

You have a terrific eye for detail. Love the pictures of the snowflakes.