The Lope: Beware the Ides of March

Beware the Ides of March 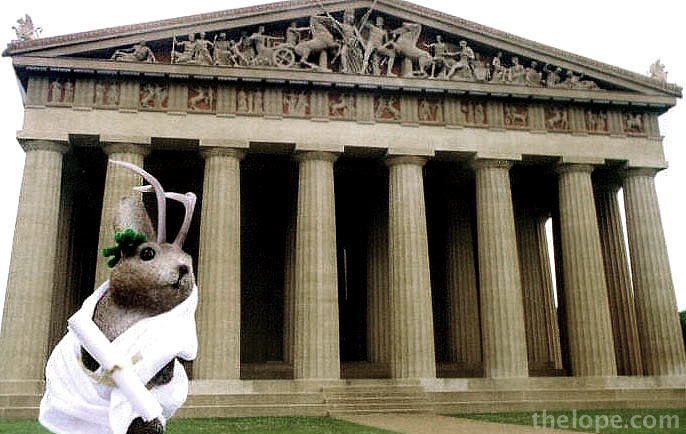 OK, so that's the Greek Parthenon and nowhere near Rome where Julius Caesar was assassinated after being told to beware the Ides of March. And, really, it's not even the Parthenon but a replica in Nashville, TN.

But hey, I really have to use the photo as often as possible. It's also in the prologue.

As to the "Ides of March", I always have to look up just exactly what that means. The Romans used the word "Idus" to refer to the 15th day of March, May, July, and October, and the 13th day of the other eight months. The Ides of March, in particular, was a festival day dedicated to the god Mars.

I'm not the superstitious type, and probably neither are you, but it is kind of odd that we've had a Friday the 13th and an Ides of March on the same weekend - both on days you're likely to drive on a weekend trip to eat pie.

Of course, you might point out that the Ides of March has come and the day largely over, but as the soothsayer is said to have reminded Caesar as he headed to the Senate and his death, "Aye Caesar, but not gone."

Funny ... I once got notification that a teaching contract was not being renewed. In the midst of being devastated that I was going to be out of a job, I had just enough presence of mind to be hacked off that my principal hadn't had the decency to wait two days so she could fire me on the Ides of March. It seemed like the least she could do for an English teacher....