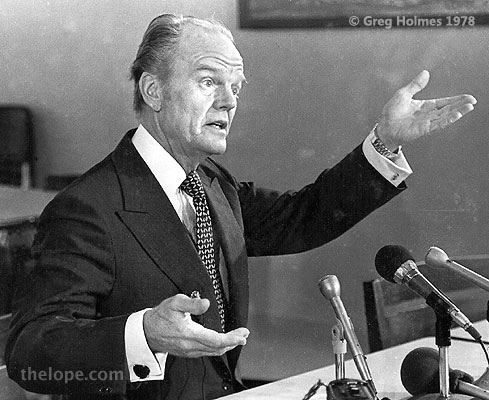 News of the death of Paul Harvey this past weekend sent me mining through old file boxes at my mother's house. Amidst the flotsam and jetsam of teenage memories was this aged photo I shot of Mr. Harvey for my high school newspaper back in 1977 or 78. He was speaking at Memorial Hall in Joplin that night, and somehow we high school kids had been invited to the press conference that day. I bet this was my first "celebrity" photo.

I remember Mr. Harvey as warm and accepting of us young journalists. I think I asked some sort of lame question like "is it true you told Nixon he was wrong about the Vietnam war?" (he did).

He was even cooler than I knew. Route 66 News reports that Harvey, a Tulsa native, had been a benefactor of the mother road a couple times. 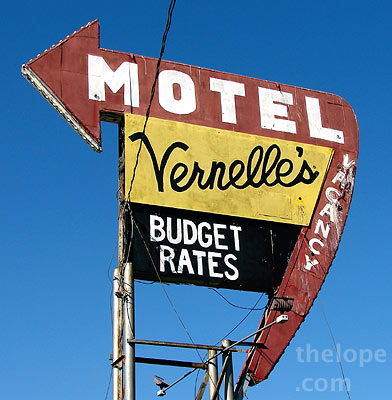 Paul Harvey donated $1,000 to Friends of the Mother Road toward the restoration of the Vernelle's Motel sign on 66 near Arlington, Missouri. It used to look pretty bad and now seems quite serviceable. (April 2007 photo) 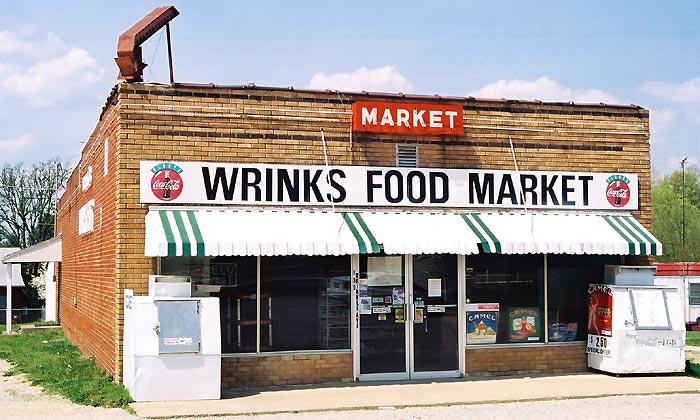 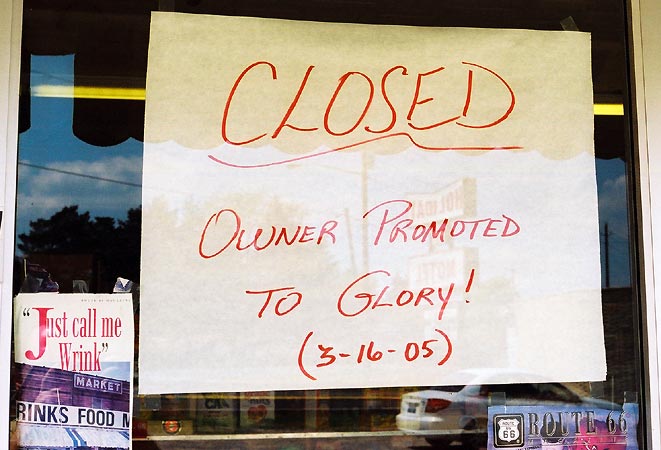 To my loss, I never met Mr. Wrinkle. When I was first through Lebanon in April of 2005, he had recently passed away and the store had been closed for a couple months. 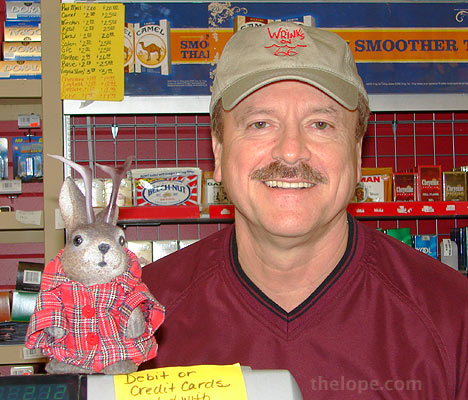 Glen's son, Terry, reopened the store in 2007 after another party tried to do so unsuccessfully in 2006. 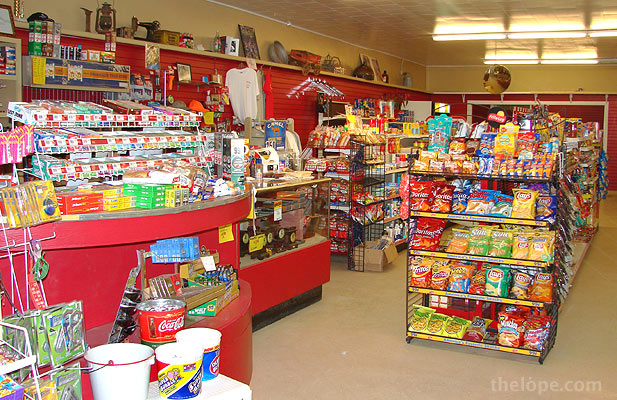 I was through there with friends in February of 2008 and shot a few photos, including this one, showing the old curved wooden counter. 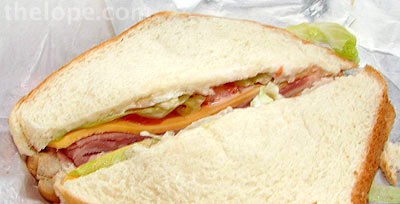 Of course, I tried a Wrink's sandwich - think this one was ham and cheese. It was pretty decent road food, let me tell ya.

Eating and driving remind me of Paul Harvey again. Though I don't listen to much commercial radio, I was always riveted when I scanned across his program while driving.

I'm wondering how many of you, like me, pulled over in areas of marginal radio reception once in awhile - in my case the Kansas Flint Hills - to catch a fading signal rather than suffering the fate of not knowing "the rest of the story."

How many of us have pulled over in areas of marginal radio reception to hear "the rest of the story"? I have. I've also delayed getting out of the car so I could hear it.