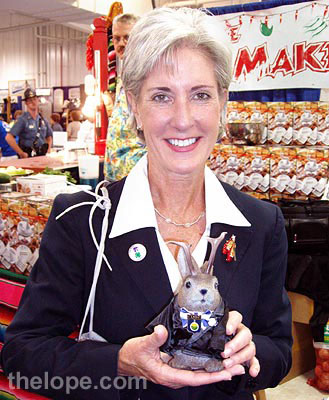 I'm jazzed about this, as Sebelius has taken very good care of Kansas in her years of service not only as governor but as state insurance commissioner.

She was elected to the insurance commissioner position in 1994 (a very Republican year) after refusing insurance company contributions, and subsequently stood up to the insurance industry by blocking the sale of Blue Cross of Kansas to an out-of-state corporation that was likely to raise premiums. She has also championed a national bill of rights for patients.

Our motto in Kansas is Ad Astra Per Aspera - "To the Stars Through Difficulties." The stars are a wondrous goal but I'll settle for workable health care system for now.

My only regret, aside from losing her as governor, is that she won't be in my environs for photo ops such as the one at top, with Ace Jackalope at the 2005 Kansas State Fair 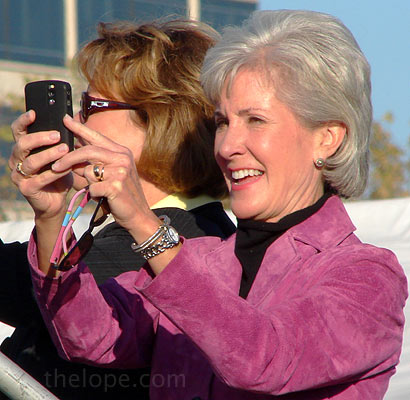 Our gov is one seriously photogenic woman. Here she is in Kansas City at the October 18 Obama campaign rally. 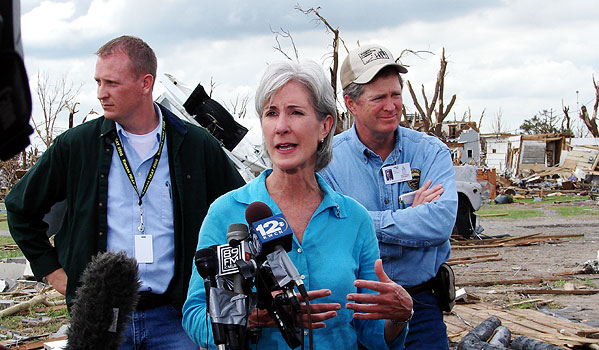 before the Greensburg tornado hit in 2007, she was already critical of the Bush administration's allocation of National Guard resources in Iraq, rather than keeping a larger contingent in the US for such disasters. 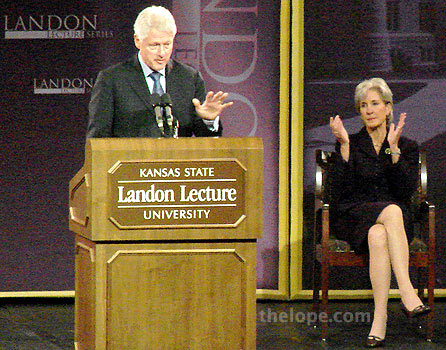 My photos of Sebelius from an appearance with Bill Clinton seem to be the ones that come up in image searches most often, but they're not my favorites.

posted by Ace Jackalope at 6:05 PM