The Lope: Ah, That Smell 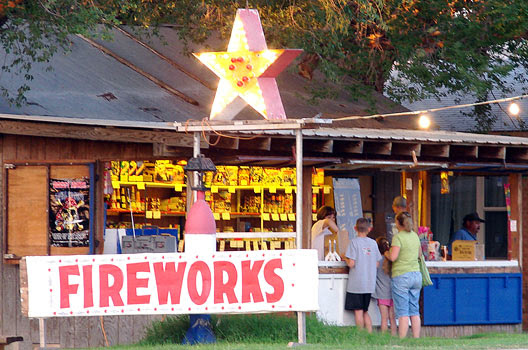 July 4 - that special day when we shell out hard-earned bucks in exchange for cheaply made and semi-reliable explosives made by Chinese workers of questionable age. 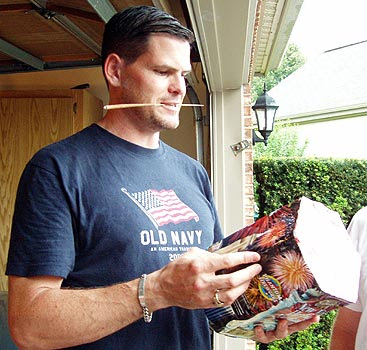 When men of the USA are united in our manifest destiny to blow up stuff. 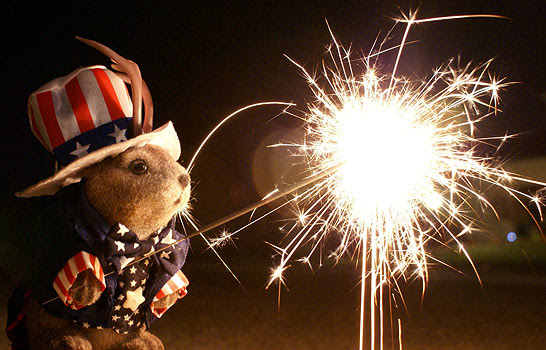 We here at The Lope embrace this destiny, and perhaps even as you read this, will be setting punk to fuse and savoring that acrid sulphurous smell. 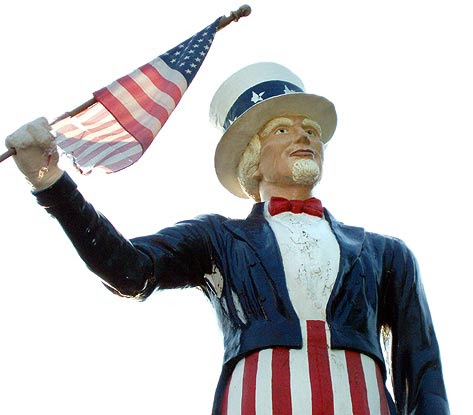 We'll be thinking not only of our forefathers but of their pop-cultured fiberglass descendants. 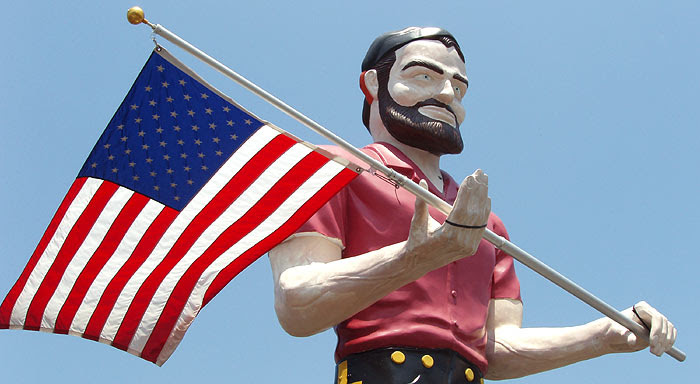 ...and of all the delights of the blue highways that make us love our country - despite its flaws - every single star-spangled, oil-stained, character-filled, over-hyphenated mile. Happy 4th of July everyone!

Fireworks are vended in Clinton, OK, June 21, 2007 along Route 66. We were there for the Route 66 Festival (I'm still editing and writing that post).

One of Ace's friends in a place where fireworks are illegal, July 4, 2006. That's not to say we used them. You can't prove that and anyone who says they can is a stinkin' liar.

See our previous 4th of July stuff here and here.