The Lope: Where is Ace Jackalope? (episode 4)

Where is Ace Jackalope? (episode 4)

Oh, this is too easy. Remember, you get a free congratulatory message if you're the first to get it right.

Launched in 1934, the Queen Mary was, in it's time, a state of the art cruise ship that carried royalty as well as serving as a troop transport in WWII. It was retired in 1967 and sold to the City of Long Beach, California where it remains. 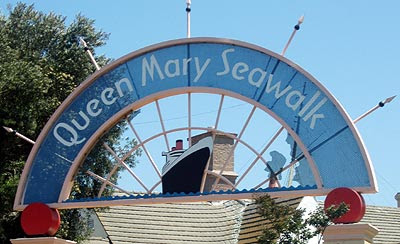 In the past 30 years, the ship, known for its art deco interior, has seen a variety of tenants, and has been a hotel, a museum and an entertainment venue. 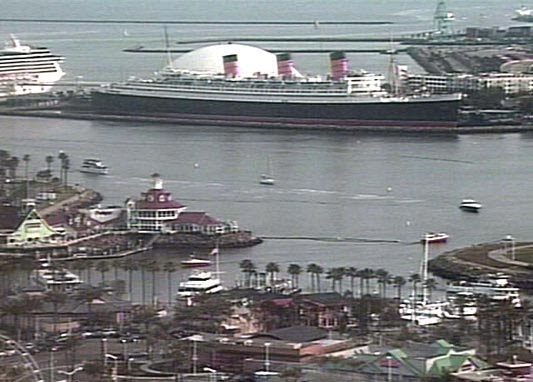 In this image, captured from the local NBC affiliate's webcam, you can see the Queen Mary's 1,019.5 ft. of overall length. The statistics page at the Queen Mary's official website, has a comparison chart between it and the Titanic which seems to "rub it in" on at least one point. 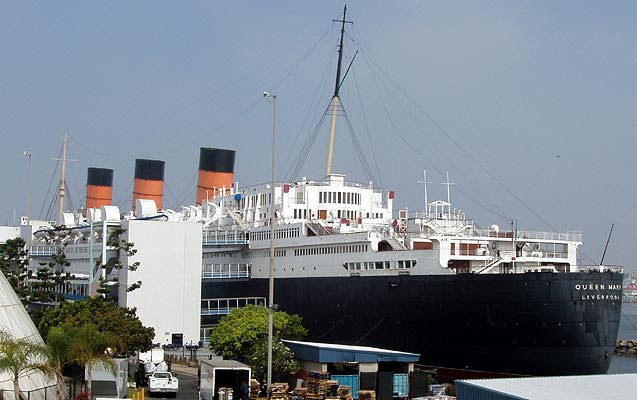 Wikipedia has some interesting stories about the Queen Mary, including that, in WWII when the ship carried the nickname "Grey Ghost", Adolf Hitler offered the equivalent of $250,000.00 and the Iron Cross to the U-boat commander who could sink it. The ship was much too fast for U-boats, though, and had only one close call.

Also according to Wikipedia: "On 2 October 1942 Queen Mary accidentally sank one of her escorts, slicing through the light cruiser HMS Curacoa (D41), with the loss of 338 lives." 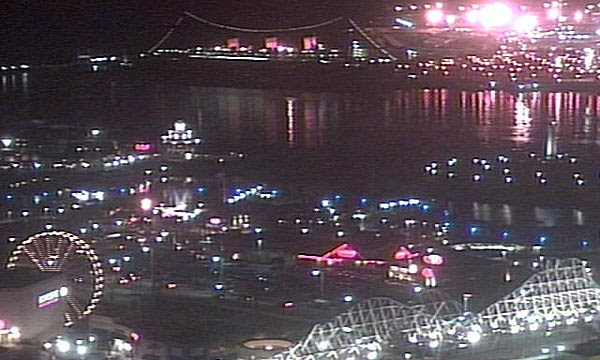 And, interesting in the wake of media attention to rogue waves: "In December, 1942, the Queen Mary was carrying nearly 15,000 American troops from New York to Great Britain. While 700 miles from Scotland during a gale, she was suddenly hit broadside by a rogue wave that may have reached a height of 28 meters (92 feet). In his book, The Age of Cunard, author Daniel Allen Butler mentions that the immense wall of water damaged lifeboats on the boat deck and broke windows on the bridge 90 feet above the waterline. The huge wave caused a list that briefly reached an astounding 52 degrees before the ship slowly righted itself. He reported that investigations later estimated that three more degrees of list (about 5 inches in the wrong direction) would have made the vessel turn turtle." 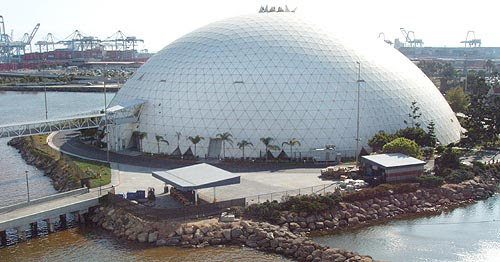 Right beside the Queen Mary, is something that speaks more of modernism that art deco - A 180 foot tall geodesic dome that was built to house Howard Hughes' sea-going airplane, the Spruce Goose. The goose has now flown the coop, as it were, and the dome is now used by the Carnival cruise line as a terminal. It has also been used to house sets for movies such as "Batman Forever", "Virtuosity", starring Denzel Washington, "Batman and Robin", "Jack Frost", "The Haunting" and Steven Spielberg's "A.I."

posted by Ace Jackalope at 9:16 PM

Ace is visiting the Queen Mary in Long Beach, California.

Congrats, Toltec, you are correct. We'll have a brief bit on the QM soon, though it was another ship we actually boarded.