The Lope: Twilight of the Metro Diner

Twilight of the Metro Diner 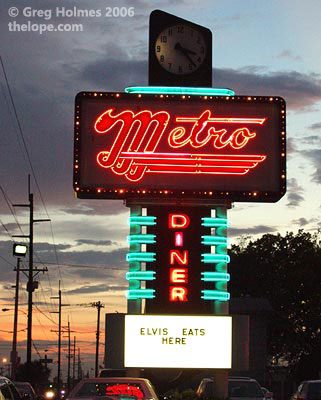 Yeah, I know it wasn't really the 1950s diner it pretended to be - too much of the Elvis/Marilyn stuff that real 50s diners often don't have. It wasn't even built in the 1970s when the country was crazy about Happy Days. 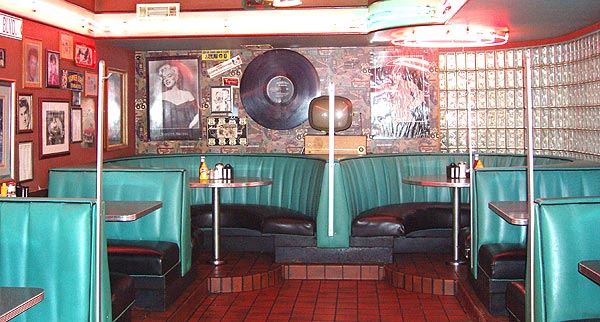 In fact, Tulsa's Metro Diner was built in the early 1980s and is, like the 66 Diner in Albuquerque, retroed-out a bit much, perhaps. 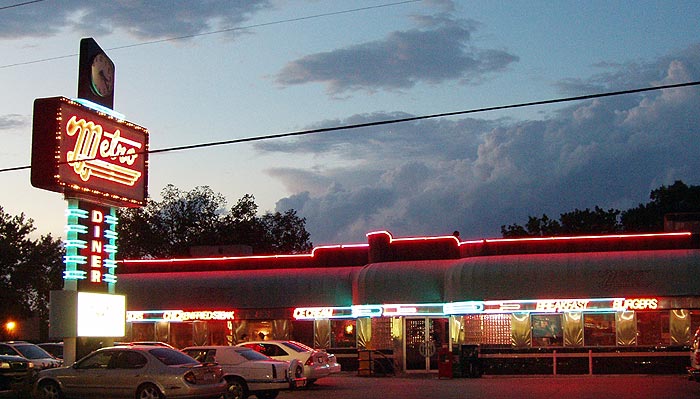 But I liked the Metro Diner, and so did many others. Enough, in fact, that I've already subconsciously given it the patina of age. 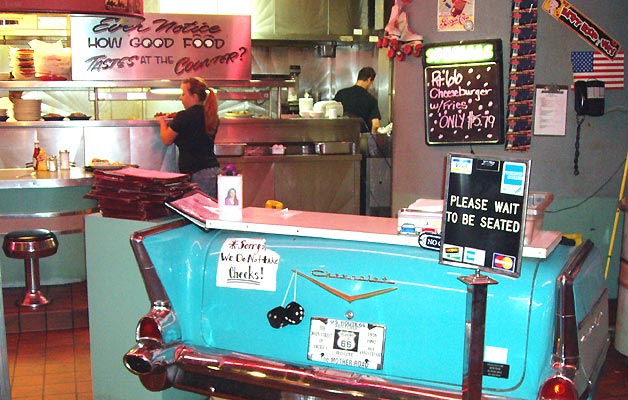 "Old" is relative, you know; most of the young people that eat and work at the Metro Diner probably don't remember a time when it didn't exist. Ironically, the university many of them attend is the reason I'm prematurely referring to the Metro Diner in the past tense. 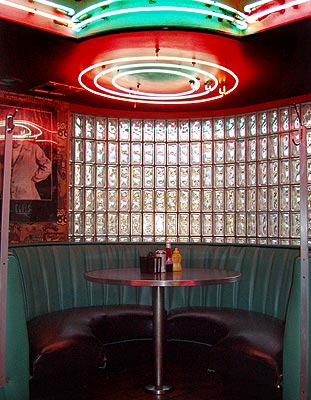 The Tulsa Development Authority has acquired the land upon which the diner sets, as part of a plan with the University of Tulsa to tear down the Metro Diner and make a new grand entrance off 11th street. 11th street is Route 66 through much of Tulsa, OK. You can read the details in Route 66 News. It's funny - the website for the Tulsa Development Authority states that it "focuses on the preservation and developement of Tulsa's communities." Look at the picture below; it looks like a community gathering place to me.

Though Tulsa is far from my home, I have a history here, too. Over 20 years ago, at a table in the center of the room, I fell in love with an older woman; I'm sure my giddiness was obvious to the waitress that brought my grilled cheese - naive amour in the round, as it were. Years later, when I'd healed of her, I had dinner in a booth with the preciously unique women who is still my best friend. In more recent years, I shared a malt with my lovely significant other as we were falling in love during a fun weekend out of town.

Tonight I am here with my brother after a business meeting; we stopped for a goodbye to the diner after learning of its imminent demise. He sits patiently while I run around taking pictures of little details. I'm sure he has better things to do, he's just the latest chapter in how I've been at the Metro with people I love. 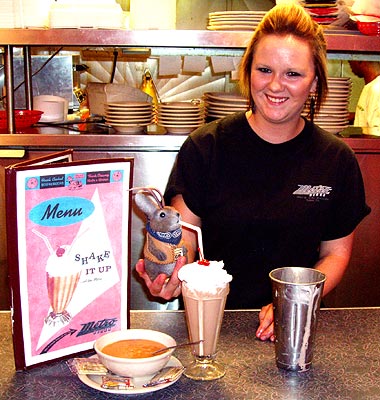 We've already taken the Ace Jackalope pictures. He's amused, as usual, at how Ace attracts the attention of women. This is our server, Emily. 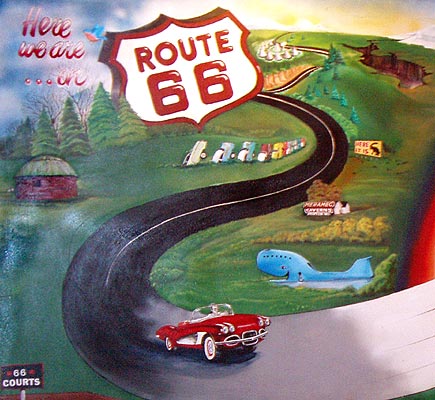 Part of a mural at the Metro is devoted to other Route 66 attractions, especially those also in Oklahoma. 66 Courts in the lower left corner is gone now; it's one of those things that was still around when I started shooting signs and architecture but that I didn't get to in time. But the Blue Whale in Catoosa and the Round Barn in Arcadia remain, as do the icons of other states pictured beyond. 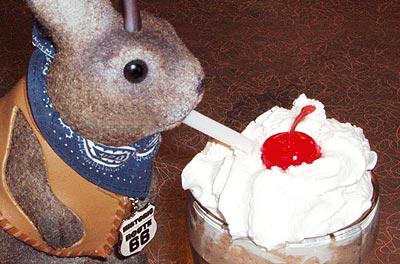 That counter under Ace is Skylark, or "boomerang", Formica. If there's a checklist for what should go into a retro diner, I'm sure this particular pattern of Formica is on it. 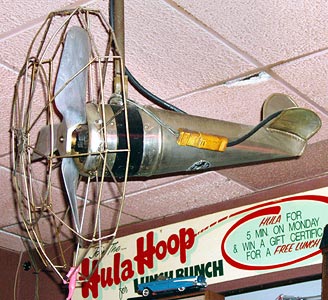 An employee told me the business was not likely to relocate and that it's artifacts will soon be auctioned. The general consensus of employees I chatted with was that the closing date could be anytime from September 1st to the end of the year, but September 1st seemed to be the most-assumed date; some have already found other work. 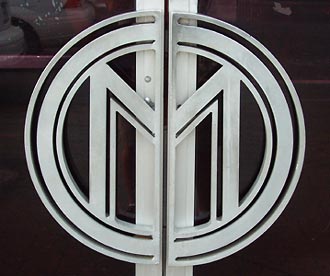 I pass through these doors for the last time.

We leave the Metro Diner and begin the long drive home as a gentle rain begins to fall on Tulsa. 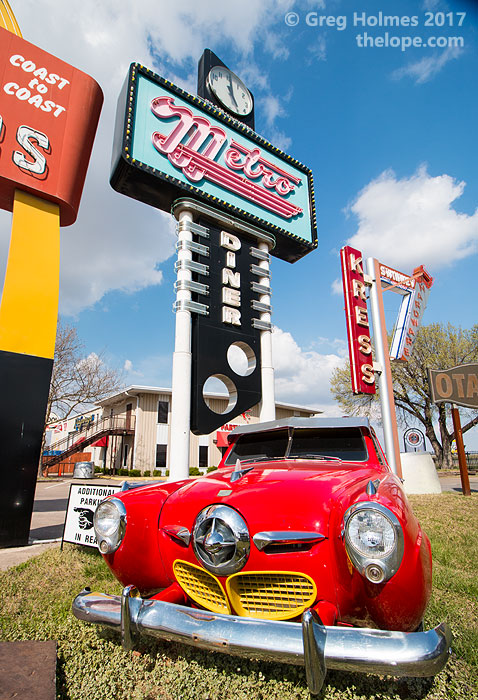 UPDATE, March 2017: The Metro Diner closed for good on November 26, 2006. Its sign has become part of the collection on display at the Stokely Event Center in Tulsa. You'll notice the "Swiss cheese" holes at bottom that were previously hidden by a message board.

I would like to know if I could use a couple of these pictures for a collage I'm doing, or who I need to contact to do so. I left Tulsa in June and just heard about the closing of the diner. I do a lot of Tulsa art from photographs and already have several pictures of the sign.

Marge, contact me at the email address listed in my profile. In general, if it's a purely artistic endeavor, I happily grant permission. It looks like you travel quite a bit; I bet people would love to see photos on your blog.