This morning I enjoyed the pre-dawn view from a rest stop along Kansas Highway 400, near Beaumont. This is the area at which I shot a nice road cut earlier this year, and near where I shot a sunset more recently. 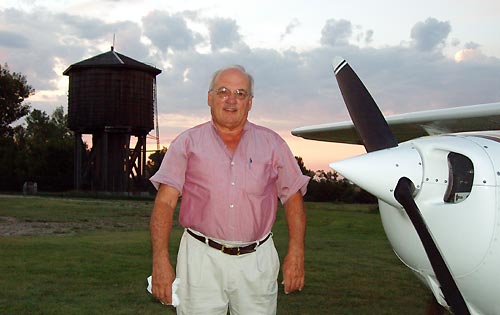 I ran across Larry Coldwell of Cincinnati, Ohio as he prepared to fly his small plane out of Beaumont, KS, on a grass landing strip. He says he read about the nearby Beaumont Hotel in a magazine and decided to check it out the fly-in destination. He asked me if Kansas had mountain lions and mentioned he thought he'd seen one. 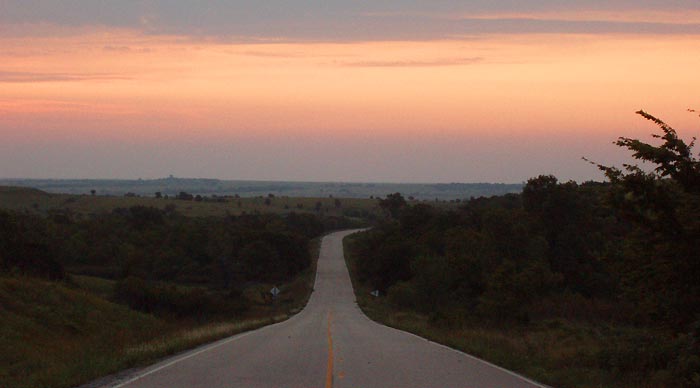 I left Beaumont via an old stretch of intact KS highway 96. I was actually going the wrong direction for my destination, but decided it'd been a long time since I'd driven this stretch so I wanted to explore. Hwy 96 was mostly replaced by Hwy 400 a few years ago, but some of the fragments of 96 that remain remind me of a central Kansas version of nearly-abandoned stretches of Route 66. 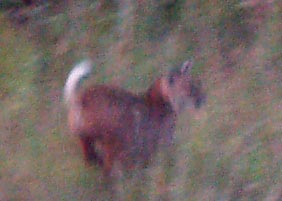 It's blurry and very distant, but here's a cat like the one Coldwell saw - a bobcat. This is a lesson to me: get a digital camera with better than a 3x lens.

Not far from the bobcat were these wild turkeys, equally distant. 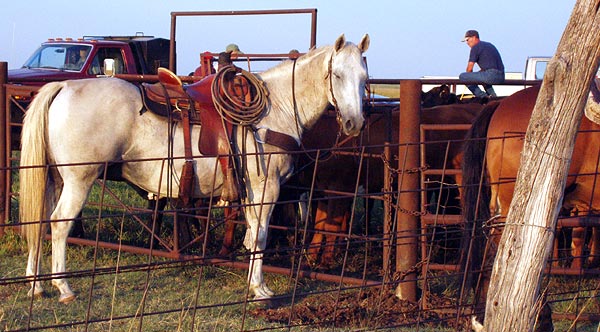 I rejoined Highway 400 for a bit and saw the tail end of a cattle round-up between Beaumont and Leon, KS. This horse was resting after most of the cows had been loaded into trucks.

Just along the Sedgewick/Reno county line I noticed this rainbow in an irrigation rig and pulled over for a closer look. Rainbows in the sky are notoriously hard to shoot, partially because the sky behind them is usually light. 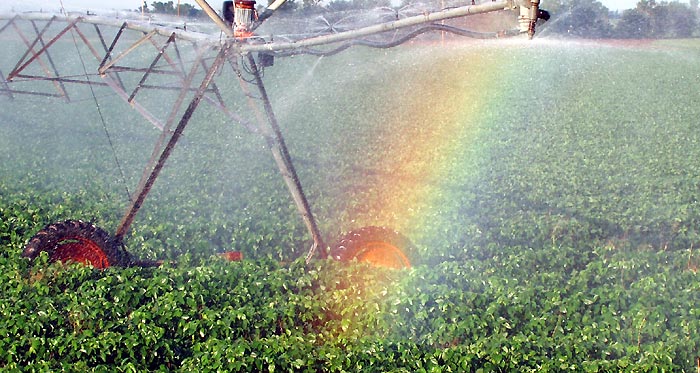 Oh yeah! A dark crop of soybeans makes for a good background. I'm one happy driver.