In any sport, proper attire is where it's at. This must be so, otherwise why would advertisers encourage kids to depend on athletic shoes for a sense of ability?

Ace Jackalope decided to test his new disguise and sit in on a couple of minor league baseball games in Wichita, KS, last week. The venue was Lawrence-Dumont Stadium as the Wichita Wranglers played the Arkansas Travelers on August 23rd and 24th.

Lawrence-Dumont Stadium was built in 1934. Despite renovations, Kansas baseball fans still regard the stadium as historic. 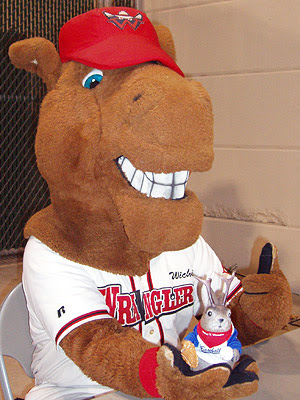 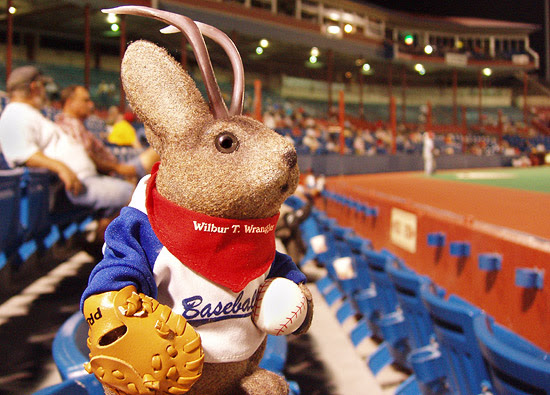 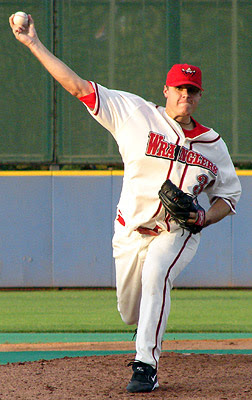 "Thelope" reader and fan Steve Holmes caught did some baseball photography that night. 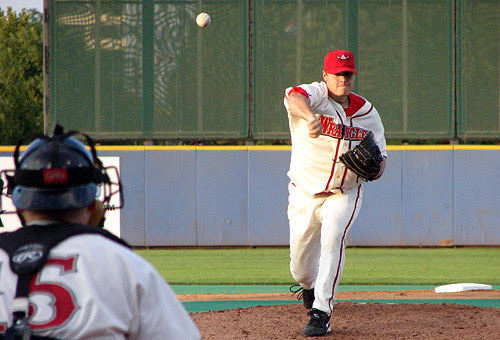 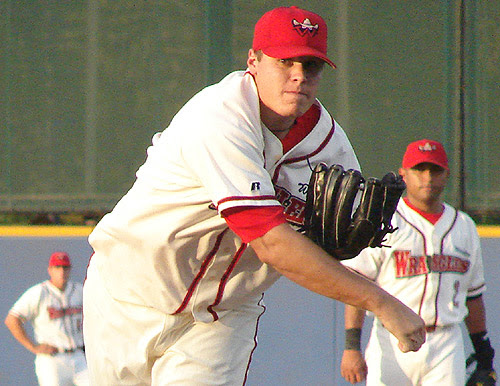 Holmes catches the glint in the eye of the pitcher. 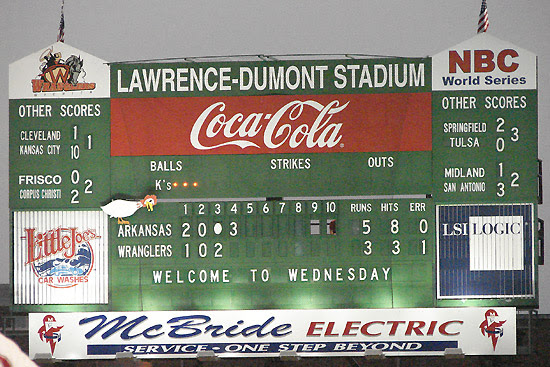 The score board at Lawrence-Dumont Stadium is a throw-back to older days. The numbers are changed manually by a person behind the board. 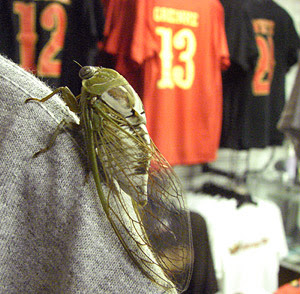 After the game, a cruise through the gift shop reveals a plethora of jerseys - cicada not included. 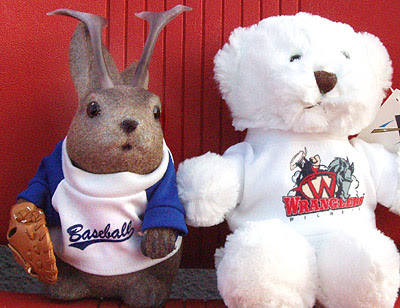 Ace promptly made a new friend on his second night of baseball. He met this smartly dressed bear in the gift shop. 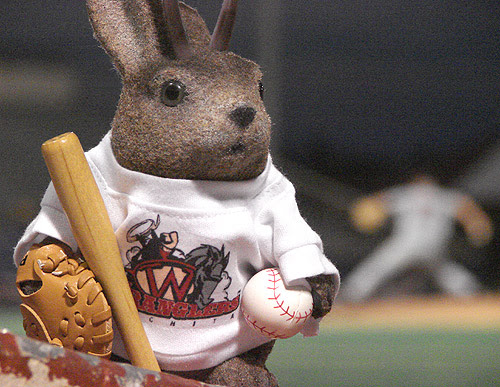 Ace apparently liked the bear's team-specific shirt so much that he obtained his own. Did I mention it was cheap beer night? As Wranglers won in extra innings, Holmes got this celebration shot. Even at a low shutter speed, it captures the moment. 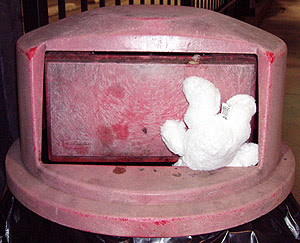 Sadly, Ace's friend the bear had little to celebrate as he was found mugged with his head stuck in a trash can. Ace was doing somewhat better, though, as he met three lovely ladies. "Baseball... been berra berra good... to me."

How funny, we love everything Wranglers as well. Especially since out daughter works there as Marketing Coordinator. Thanks for taking us all out to the ole ballpark and showing what a fun evening it is.
proud parents from Iowa