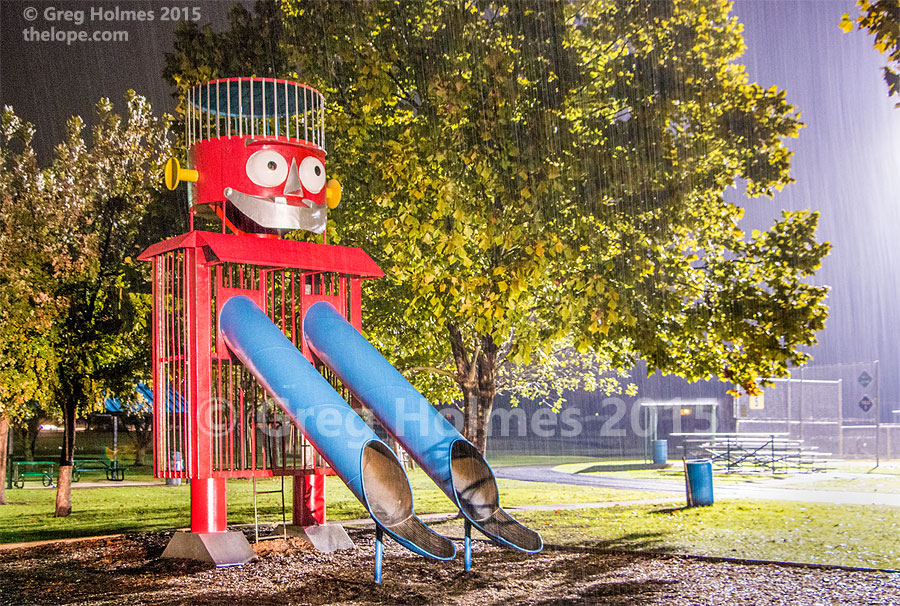 "A Robot That Automatically Produces Fun" was the sales pitch for Giganta.

At 22.5 ft high and over two tons, the three-tiered Giganta must have dominated any playground the robot inhabited. This robotic answer to rocket slides was originally made by the Jamison company and was also branded as a Miracle Equipment Company product after Miracle merged with Jamison in 1970. Catalog photos show it would have originally had a circular antenna on top.

This one rules Dutch Branch Park in Benbrook, Texas, where I shot it late one night in a thunderstorm...with a metal tripod...while standing in a puddle.