Here's a little video I put together.

Such a call-back to the window displays of the 1950s and 60s is a rare and precious thing. Kringle's Christmas Land is housed in Tulsa's Promenade Mall, 4107 S Yale, and is open through December 31. See the Facebook page for details. 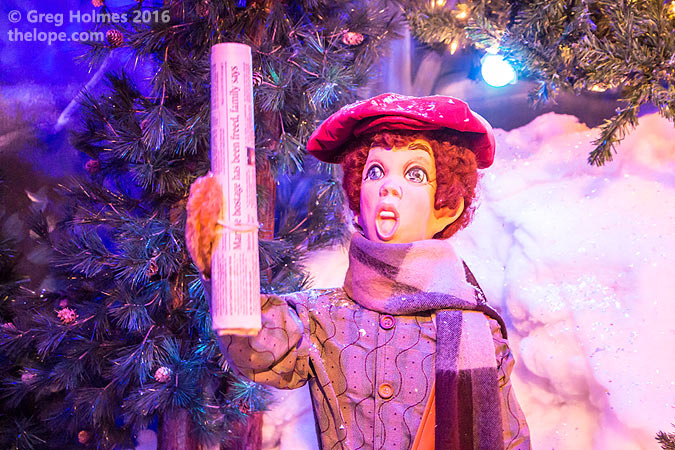 It's nice to see the press was represented. Sumner said that most of the figures date from the 1950s to the 1990s. Older ones have more detail in the faces. 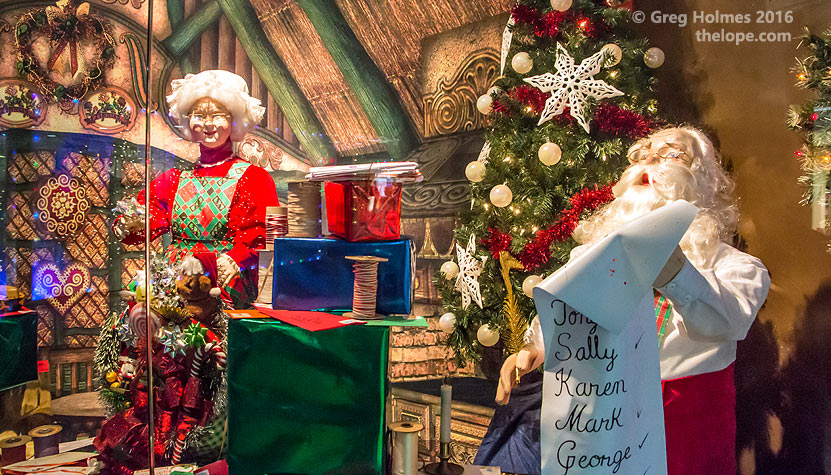 Santa and Mrs. Claus beckon from a window display in the mall. 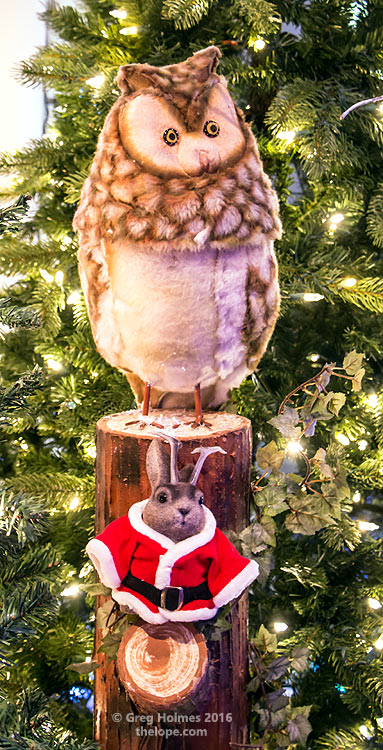 One of these creatures was not part of the display. Ace Jackalope had to join in the owl's vigilance. 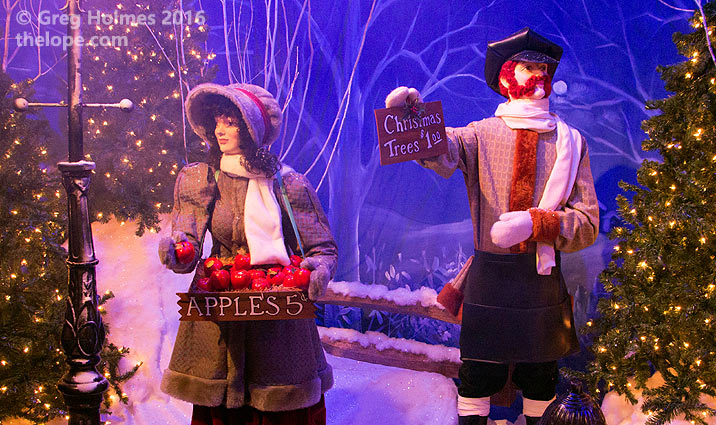 Here's more of the rather extensive display of motorized Victorian villagers.

posted by Ace Jackalope at 1:23 PM