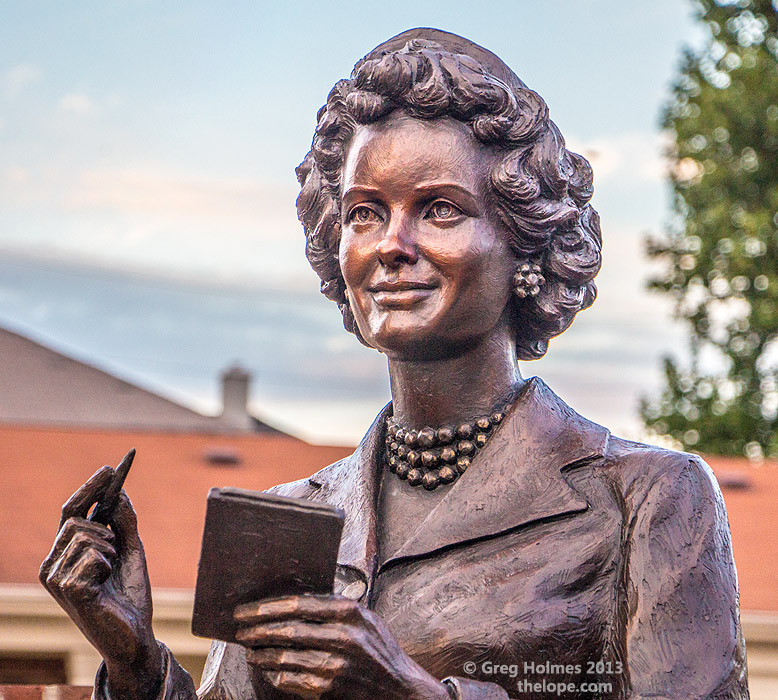 Noel Neill died Sunday, July 3, 2016, at the age of 95. She played Lois Lane in the 1950s Superman TV show as well as in a couple preceding serials. She also had cameos in the 1978 Superman movie, the TV shows Superboy and Lois & Clark: The New Adventures of Superman, and the film Superman Returns in 2006. In 2010 the city of Metropolis, IL, where she was a frequent guest at the annual Superman celebration, unveiled this statue of Lois Lane, which was based on Neill. I shot it in 2013.

posted by Ace Jackalope at 1:25 PM