I wasn't able to see it this year due to other obligations, but I'm quite familiar with it from previous visits. 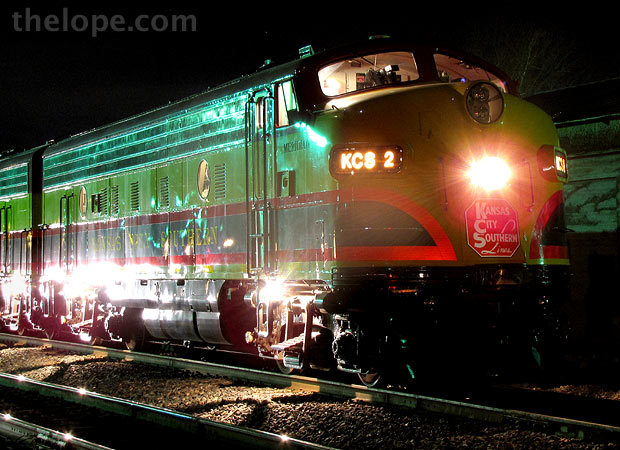 The train is pulled by the railroad's executive train, The Southern Belle, headed up by classic streamlined diesels, as seen here in Noel, Missouri, in 2008. 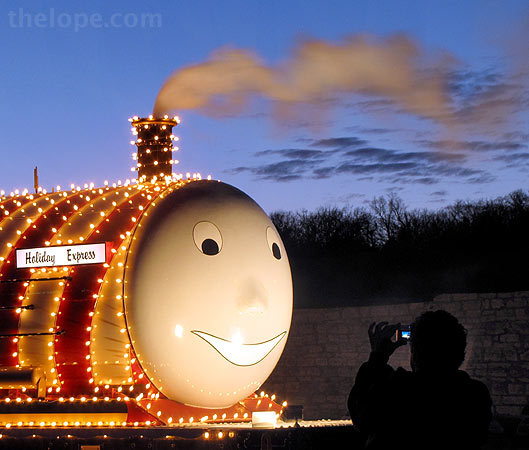 But the payoff for kiddies is the faux steam engine and cars that contain Christmas scenes and Santa himself. I'm not surprised that such a right jolly old elf as Mr. Clause travels by rail; he's a classy guy. My brother, Steve, shot this picture of the Holiday Express part of the train last Friday.

See more, including me dressed as an elf, at Memoirs of an Elf, Christmas Leftovers 2008 and KCS Holiday Express 2009.

Here's the train's schedule. And here's more about its history and purpose.