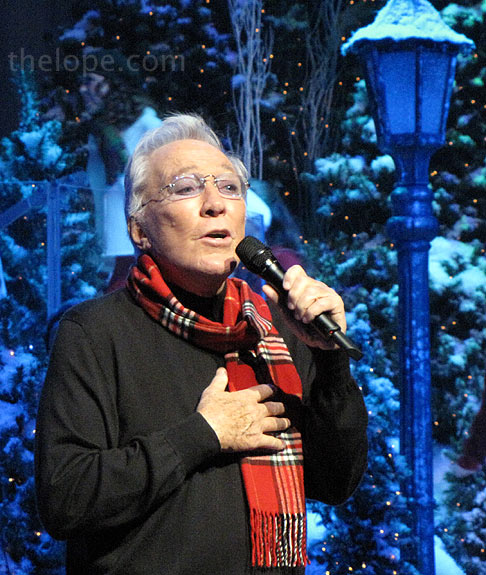 I just heard Andy Williams' version of "It's the Most Wonderful Time of the Year" on the radio for the umpteenth time (though not too many) and it reminds me he isn't appearing at the Christmas show named for him at his Moon River Theatre in Branson, MO, this year due to treatment for bladder cancer.

A note on the website that handles tickets for his Christmas show states "Due to health reasons Andy may not make a live appearance in his Christmas Show." There were a number of other performers listed, including the Lennon Sisters, which were added since I last saw the show in 2009.

For pictures from Williams 2008 and 2009 Christmas shows, check out this post. 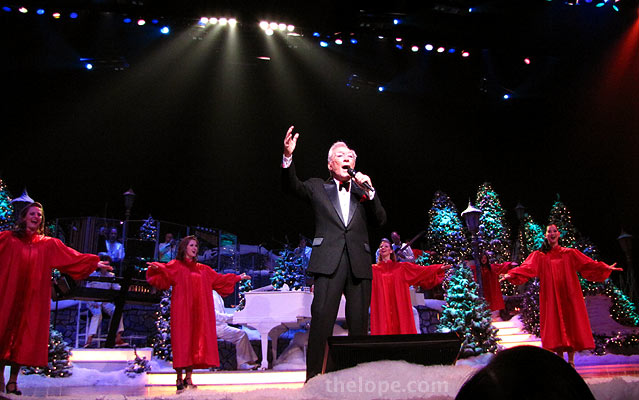 CNN reported in November that Williams, age 84, is undergoing chemo-therapy in Houston and plans to move with his wife to Malibu, CA, to be closer to cancer specialists in L. A. area hospitals. He is reported as planning to return to performing in 2012.

Regarding the cancer, Tyler Francke of the Branson Tri-Lakes News reports Williams said "They're kicking it, and they're winning more and more every year. And I'm going to be one of them."

posted by Ace Jackalope at 1:32 AM