The Lope: Banking on Santa 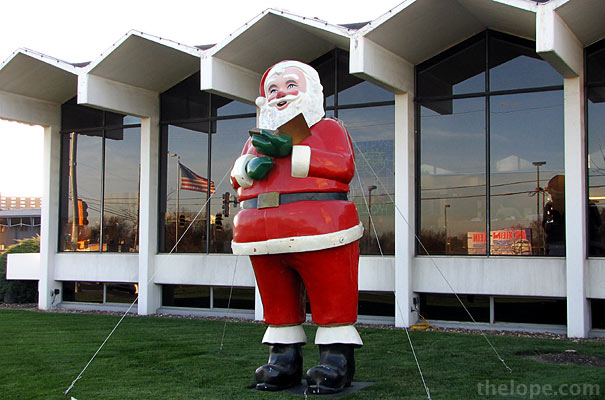 Who wouldn't want to bank in a mid-century building with a giant Santa out front? 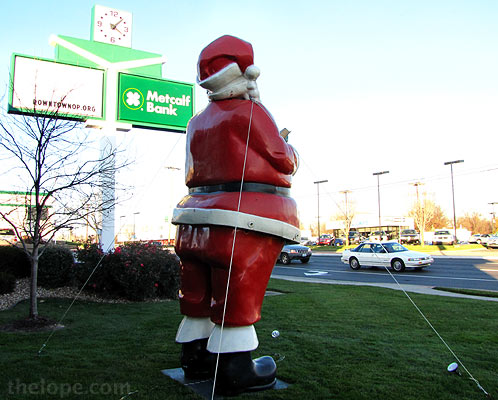 On a recent trip through the Kansas City area, I ran across a seasonal delight along one of my favorite stretches of mid-century architecture - a fiberglass Santa about 14 feet tall in front of the Metcalf Bank, 7840 Metcalf Avenue in Overland Park. 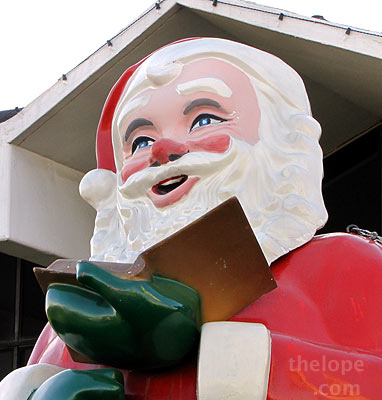 I called the bank for more information on the giant Kringle and heard back from Ben Craig, Chairman Emeritus who was president of the bank for 35 years. Craig told me the Santa was bought under his watch in the mid-1960s. He wanted something to draw attention to his bank because it was only a block away from a more-established bank in newly-incorporated (1960) Overland Park.

Craig added that they originally also used a Christmas tree proportionate with the Santa. He said it was a lot more of a maintenance and storage problem than the Santa Claus, so it was dropped. He thought this was actually the 4th or 5th Santa due to previous ones wearing out from being transported, but did not know the age of the particular one on display now. 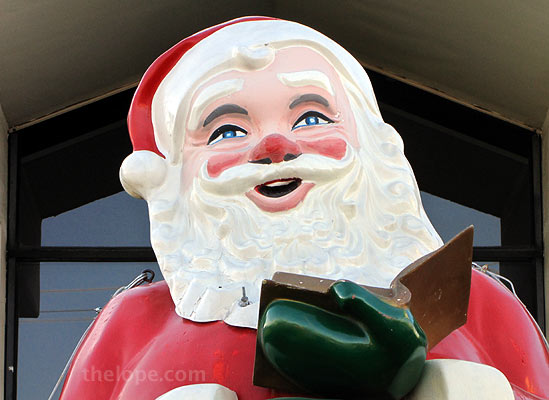 Craig did not know the manufacturer of the Santa, but did mention it comes apart at the waist. It looks to me like the head is a separate piece as well. If anyone knows who made the right jolly fiberglass elf, please comment.

I didn't think to ask him why Santa appears to have two sets of eyebrows. Maybe the darker set is supposed to be shading? 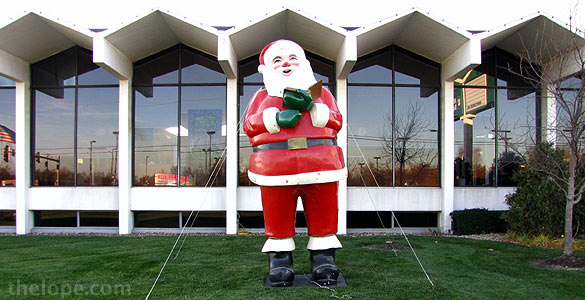 I did ask about the building. Craig says it was designed by the architectural firm of Kivett Myers, finished in the Spring of 1962 and that the accordion roof was poured on site. 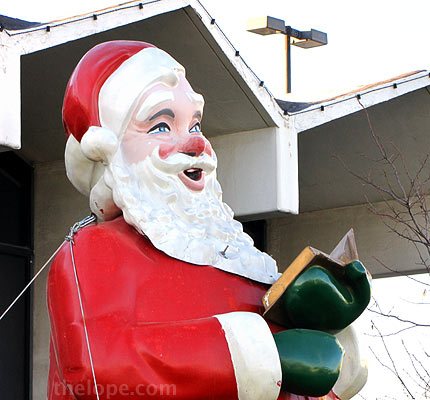