The Lope: A Thanksgiving Gift

Just drive your car up Kansas highway 61, just north of 30th street in Hutchinson, Kansas. There's a been a group of turkeys hanging around that area for over a year. A group of turkeys is called a rafter, by the way, though if I had my way, it would be called a "succulent" of turkeys.

I stopped a watched this drama for awhile, both fascinated and aghast at the critters' tendency to wander in front of traffic.

Finally, the turkeys seemed spooked enough times to go a short distance from the road: 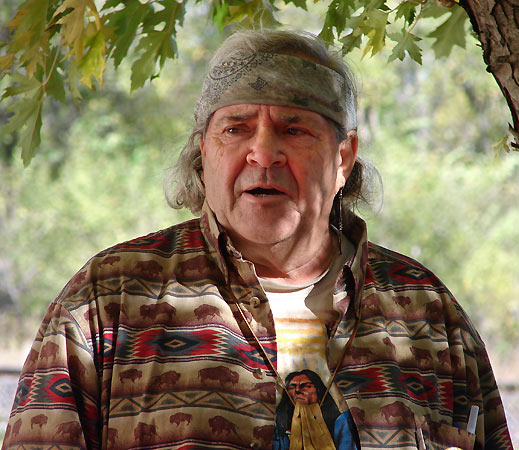 Moving on down the road to Polk's Farmers Market to buy a few pumpkins for a friend's Third Thursday decorations, proprietor Earl Polk (2007 photo) told me he had one of the K-61 turkeys in his freezer for Thanksgiving this year. He'd nailed one, then driven the three or so miles to his store.

Earl credits the gift of his Thanksgiving feast to his deceased sister. As he disengaged the turkey from the front grill of his truck, he says he heard his sister say "Happy Thanksgiving, Brother."

posted by Ace Jackalope at 6:59 PM