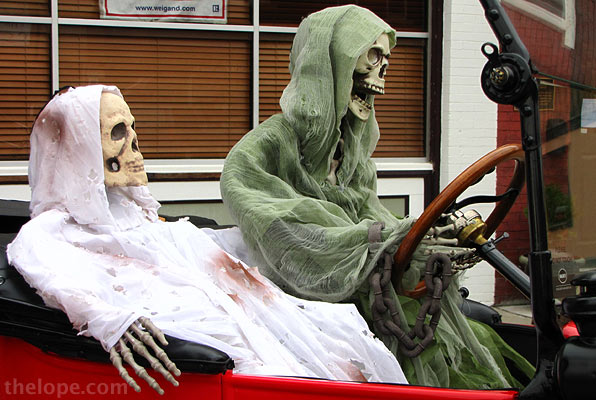 Our seasonal friends looked fine behind the wheel of a 1914 Ford Model T earlier this month during the second annual Hutchinson (Kansas) Rod Run. 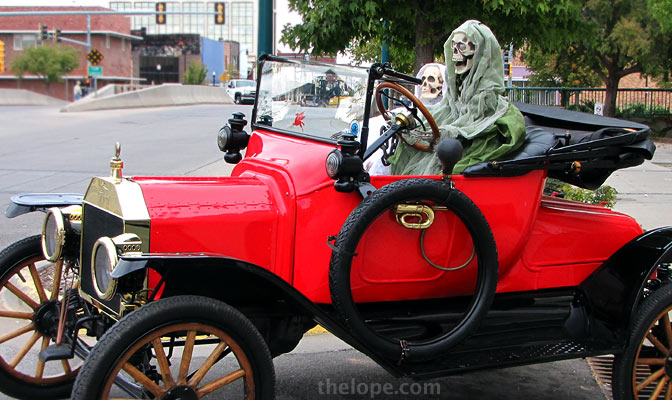 The car is owned by Scott Patton, who kindy indulged my sense of Halloween aesthetics. 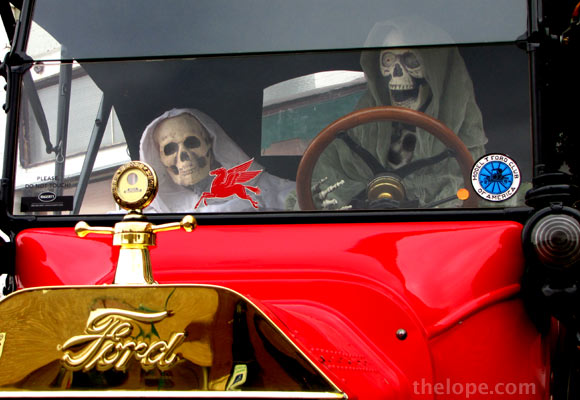 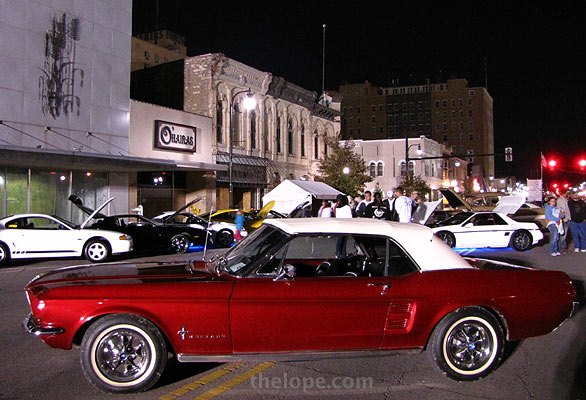 Main Street was blocked from 3rd to Avenue B for the show. 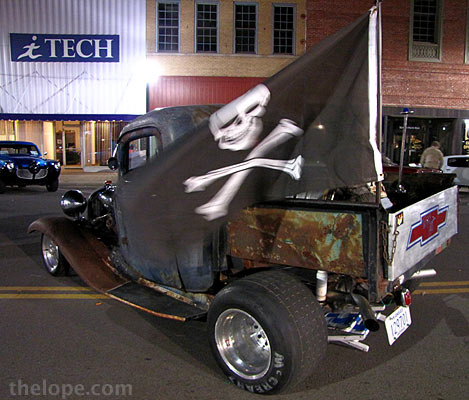 I'll have to remember this one for next year's International Talk Like a Pirate Day. 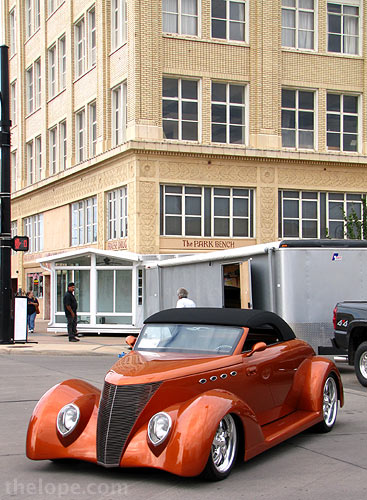 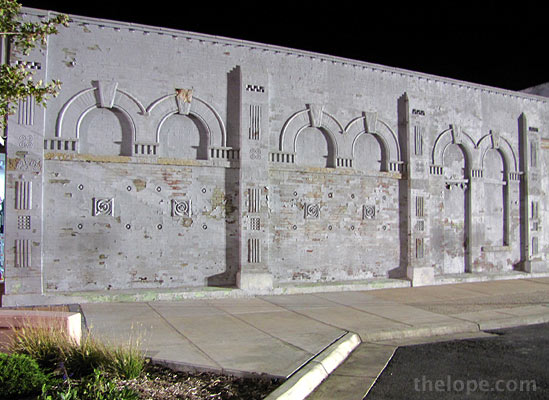 A pleasant, albeit unintentional result of some extra lighting downtown was that we go to see some of the architecture lit from angles we don't ordinarily see. This is the north (Sherman)side of the building on the SW corner of Main and Sherman. 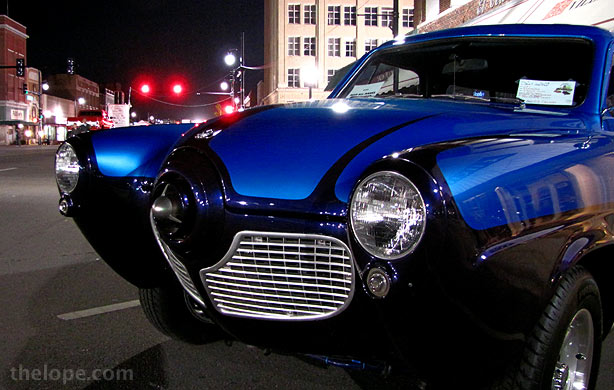 I've seen this 1951 Studebaker Starlight coupe before and my eyes are always glued to its design. It is owned by Dale and Judy King and is decorated in 2002 corvette colors. 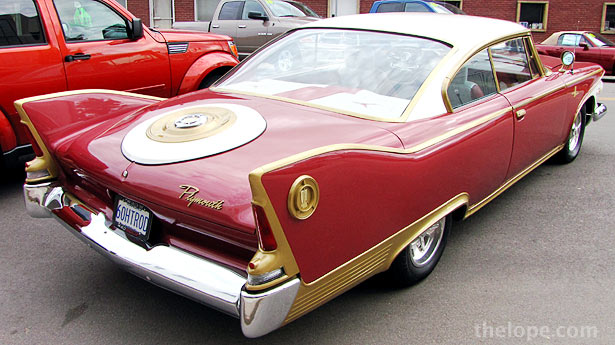 The 1960 Plymouth Fury exemplifies why cars should have fins. The car is owned by Floyd Walker.

Sonoramic Commando Power - I don't even know what that really means, but you could print anything on a cool googie graphic like this one and it'd sound good. 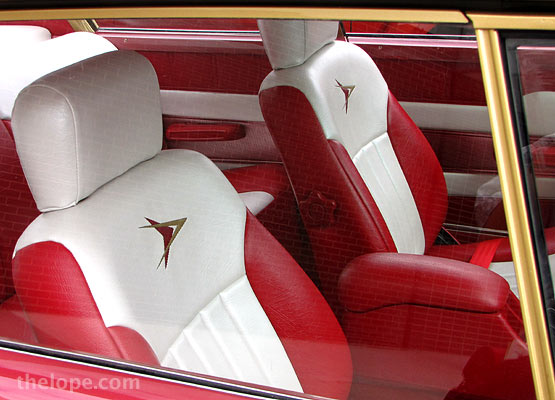 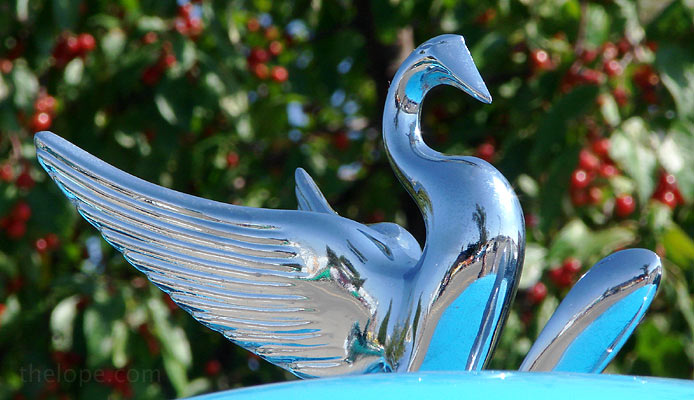 This is a completely unrelated shot from last year's Hutchinson Rod Run, but I've had it in the files for a year now and wanted to use it, so here you go. It's the hood ornament from a 1949 GMC 150 3/4 ton truck owned by Frank Wolf.