The Lope: A Very Grave Yard 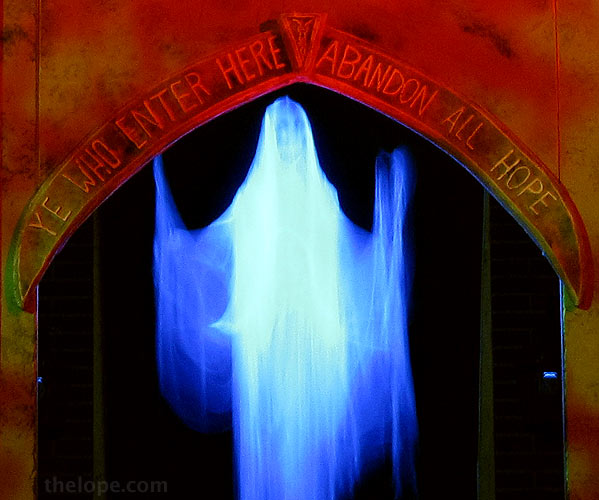 Two years ago I visited the inventively spooky yard of Dan and Marian Goepfert, 2828 South Wall Street in Joplin, Missouri. I was very impressed with the Goepferts' efforts and presented the post, Ace goes to Hell.

I returned last week and am happy to report that the Goepferts have been busy. One example of this is the faux mausoleum above with the Dante-esque quote. The ghost moves - an example of what special effects aficionados call a flying crank ghost. 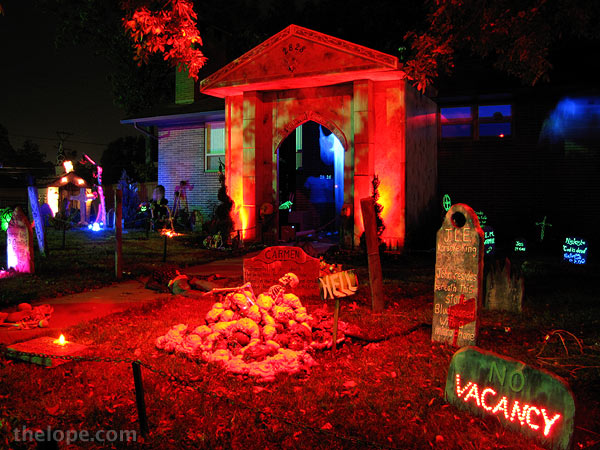 The faux mausoleum projects from the house and is made from aluminum sheets which were finished to hide their metallic nature, and from high density foam to hold the reliefs. 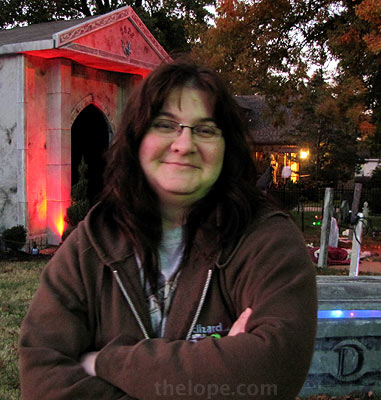 It looks quite good in the daytime too, as seen in the background of this photo of Marian. 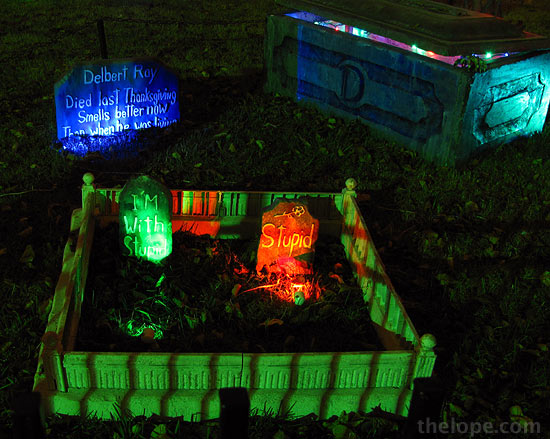 The usual humorous details are present, such as the "I'm with Stupid" and "stupid" tombstones. 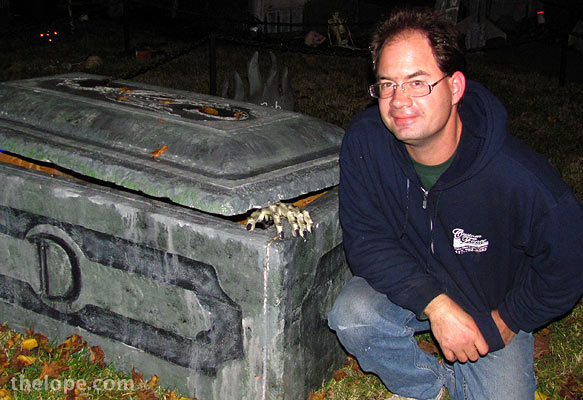 Dan pauses by this lovely crypt, which has been added since my 2007 visit. He remarked: "What we're going for is creepy - not gory and not scary, but creepy." 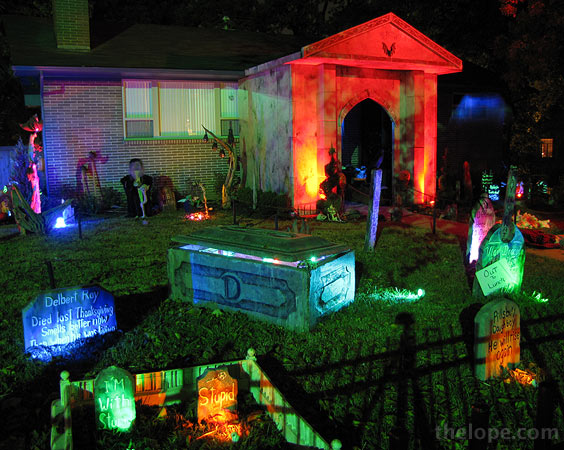 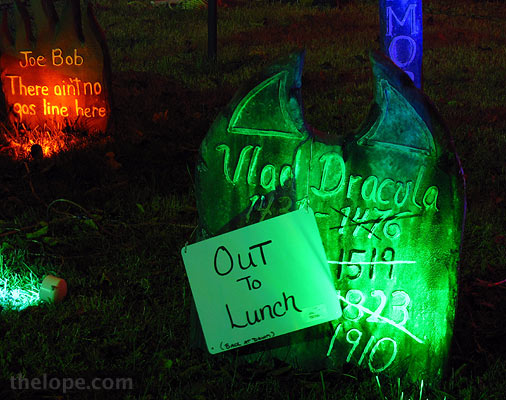 Vlad Dracula is out to lunch. 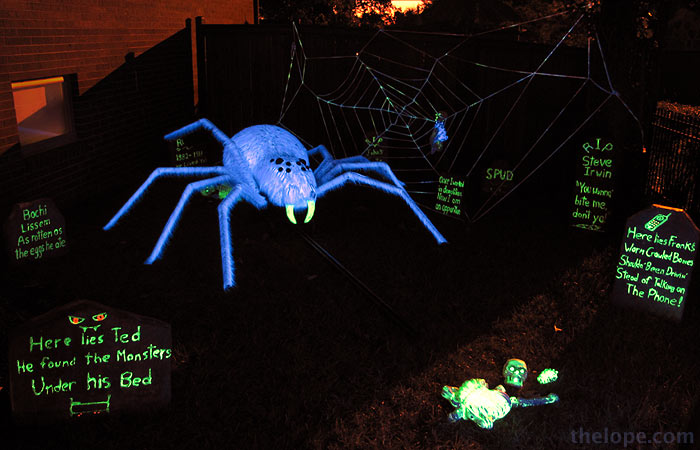 The huge motorized spider was repainted to react to a black light. Another view 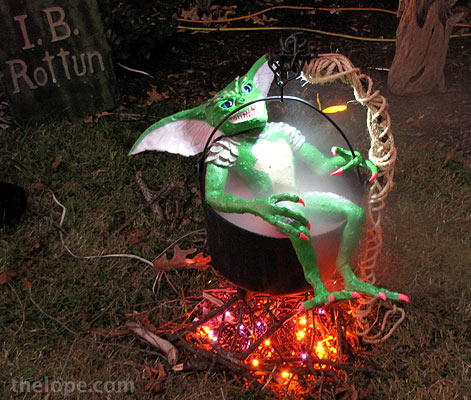 Dan added gremlins to the stew this year. 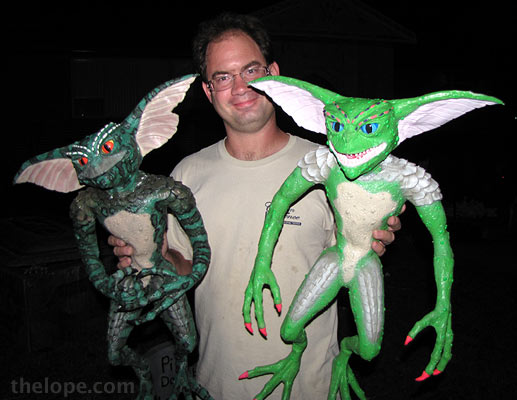 He made several and by the time you read this they should be peppered around the grounds. He told me one would be biting an electrical cord and getting shocked.


They still display my favorite piece, a Jack Skellington from Tim Burton's Nightmare Before Christmas which rises on the framework of an old hospital bed: 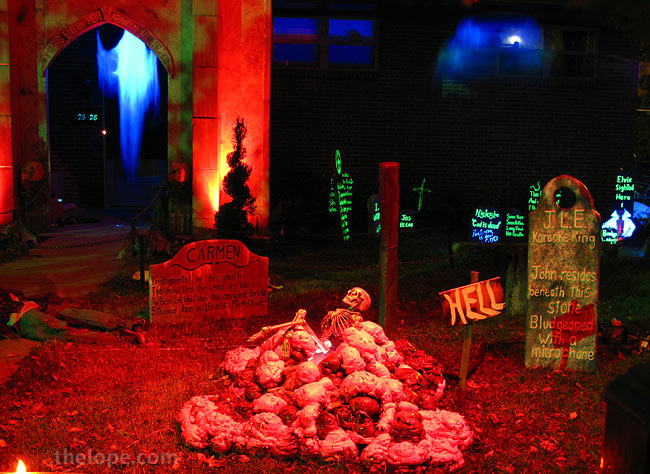 You can see the display by driving slowly by the corner of 29th and South Wall streets in Joplin. Wall is one-way going north at that point, and the house is on the west side of the street. Some nights, the Goepferts will be in the yard letting people in for a tour.

posted by Ace Jackalope at 1:34 PM