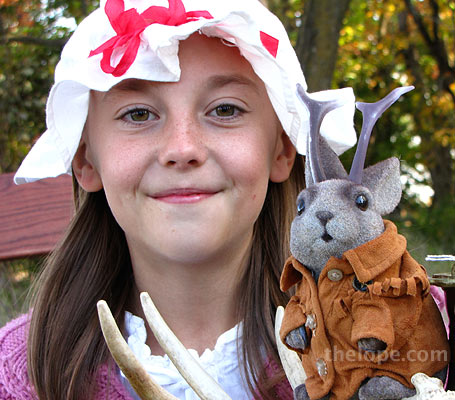 Ace made some new friends recently when we paid a visit to the Wildlife Refuge Mountain Man Rendezvous on the Prairie at Maxwell Game Preserve in Central Kansas. 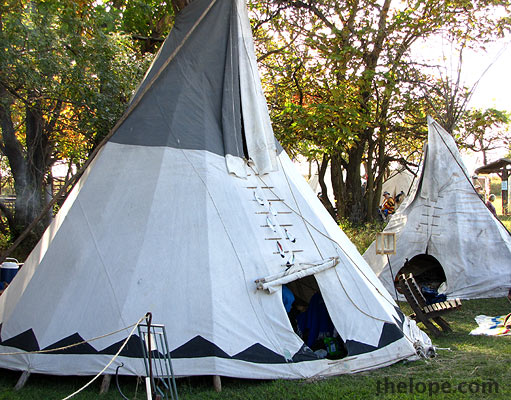 A rendezvous, for those of you who don't have this sort of thing going on in your region, is a gathering of people who practice near-historic reenactments of the frontier lifestyle. This particular event focused on the early 1800s and lasted three days. Many chose to camp in an appropriate style, hence the tee pees. 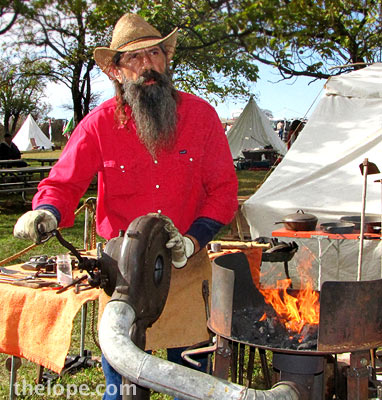 Frequently, such crafts as blacksmithing (above) and the making of tools and clothing are practiced. 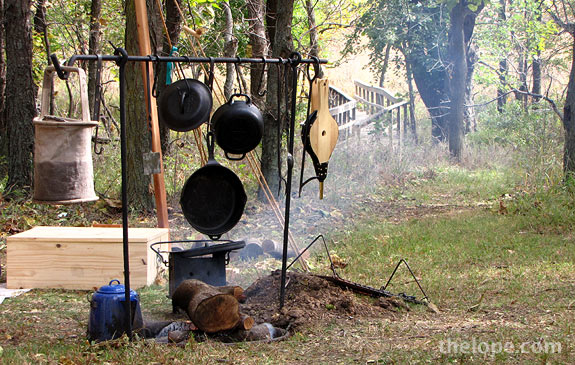 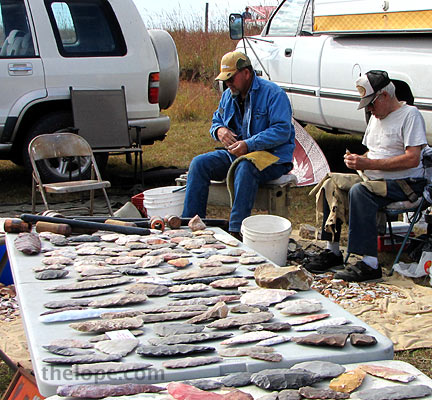 These guys were making flint tools, a craft called flint "knapping". This particular rendezvous was not strict as to the presence of modern accoutrements. 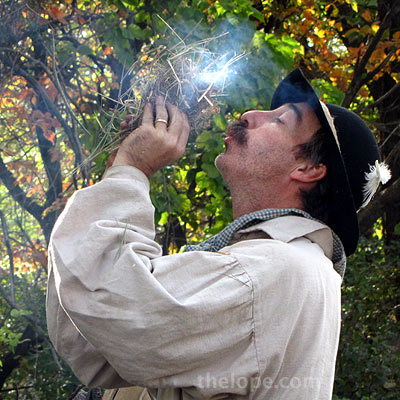 While strolling the grounds, I met members of the Lindner family of Augusta, Kansas. Greg Lindner was demonstrating ways of making fire on the frontier, and has just started this bundle of dry grass smoking by using flint and tender. 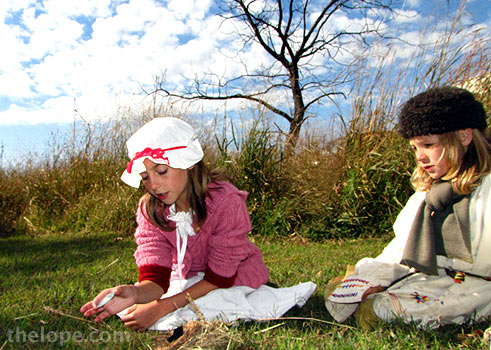 His daughter, Katie, and son, A. J., practiced making fire with a small magnifying glass. I used to do this when I was a kid, but instead of being useful and teaching, I was welding extra arms onto plastic soldiers for my special Shiva corps. 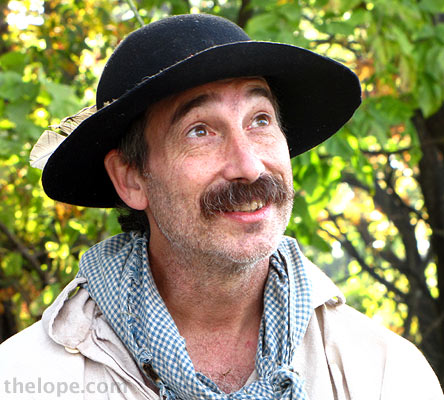 Such gatherings can be a good opportunities for candid portraits. 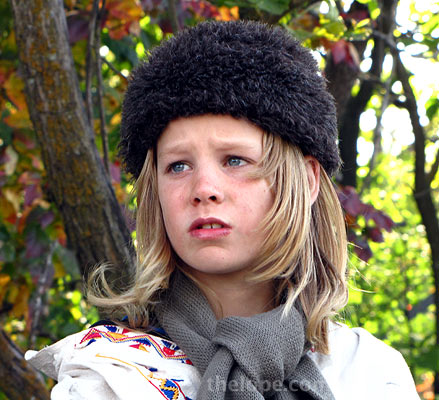 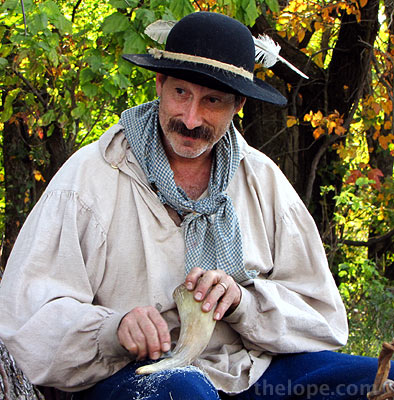 Greg smooths the sides of a powder horn, an animal horn used to carry gunpowder, usually for muskets. Not being made of metal, horns could not cause sparks that would ignite the powder. Although they became obsolete when cartridges containing gunpowder came into use, many decorated ones remain as folk art remants of the past. 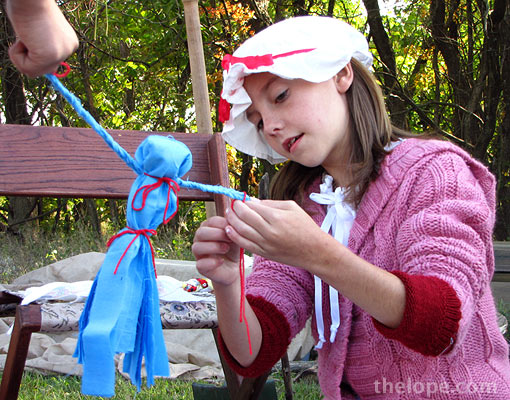 Katie demonstrated how to make a rag doll. She first cut strips of cloth, then placed a wad of cotton in the center, like so, then turned the whole thing over and tied it to make a head. She enlisted the help of another young girl who was passing by, then sold it to the girl for $3. It's nice to know the entrepreneurial spirit is alive and well. 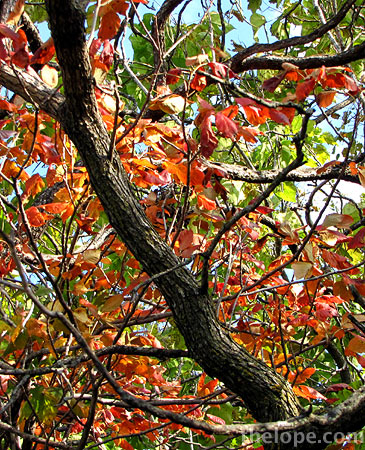 It was a good Autumn day to be outside.

Lets think for a minute about what a far-future reenactment of our time might entail. What skills do we have that might impress our descendants?

posted by Ace Jackalope at 8:26 PM