The Lope: The Cautionary Tale of the Missionary's Grandson

The Cautionary Tale of the Missionary's Grandson 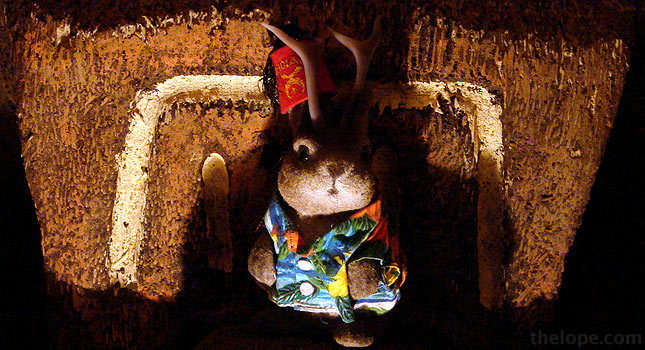 Join your late-night horror host, Uncle Ace, my children, as he weaves a Halloween tale of crime, punishment and miniature golf.


Once upon a time a disrespectful lad blamed his poor performance at miniature golf on the many delightful obstacles that abounded back when mini-golf courses were more than mere landscaping. 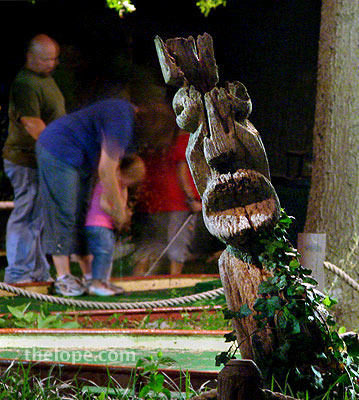 Frustrated, the lad (the grandson of a missionary to Polynesia) sought the nearest target and hit this tiki's companion with a golf club, pushing it to the ground.

Taunted by the boy's laughter at this misdeed, the tiki was left standing alone and sorrowful - his leaning posture a testament to the friend he'd lost to the encircling ivy below. Bereaved and brooding, he listened to the reverie of people around him and cast a suitable curse on the missionary's grandson. 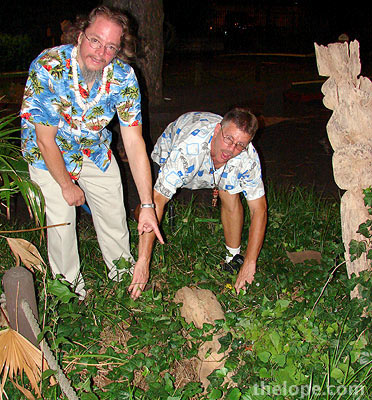 After many years (or awhile, at least), a group of urban archaeologists noticed the fallen tiki buried in the ivy. 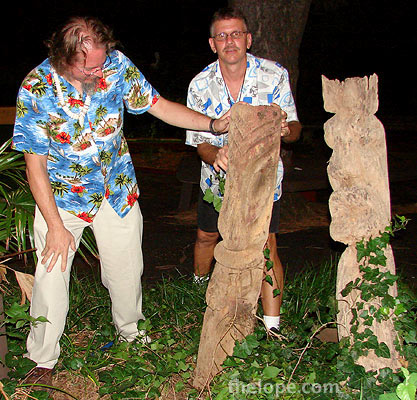 Upset by the indignity that had befallen the tiki, the two rescued it from the ground. 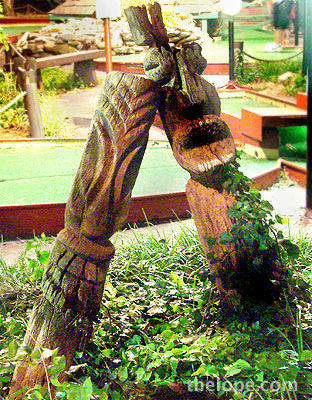 All was now right with the world.


But what of the rude little boy who showed disrespect for mid-century modern iconography? 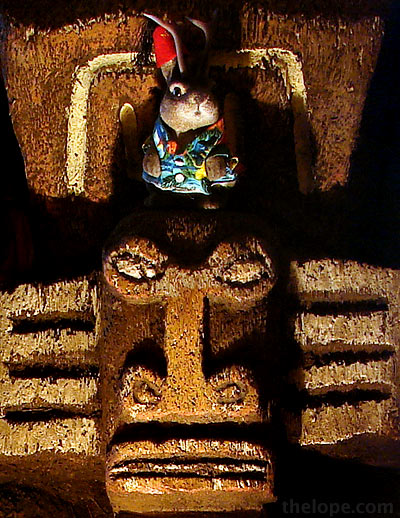 Thereby hangs a macabre tale of supernatural justice. Gather round the foot of the 8-foot tiki and stay close to those you love while your Uncle Ace continues.


That tiki-cursed lad never left the course, though still alive...if "life" you can call it. 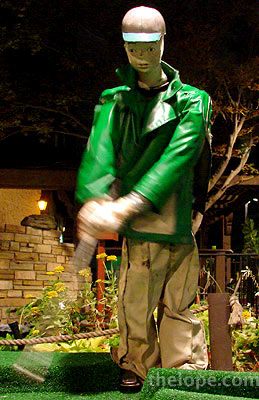 Frozen forever, he is. His one allowed motion a maddening torture of repetition: to swing and to miss. 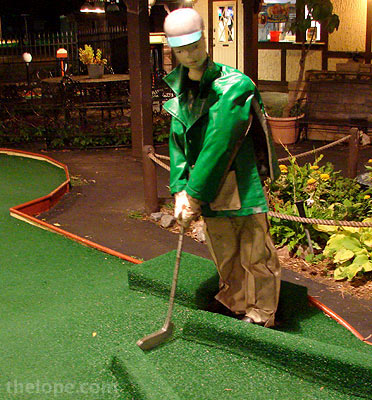 To swing and to miss...and to glance over to the tikis and the wrong he had done. 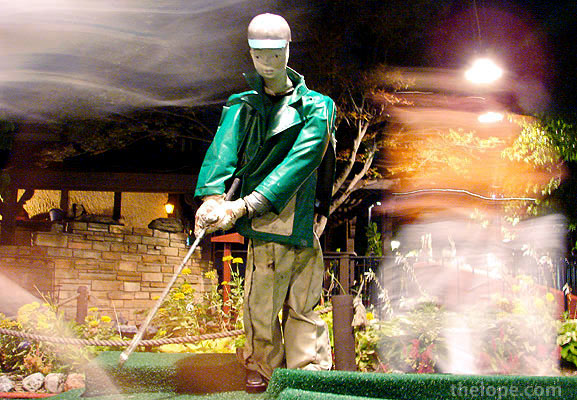 To swing and to miss for all eternity, forced to witness the swirl of those who are still human and to endure the laughter that comes with companionship on warm summer nights....companionship that he can never know again. 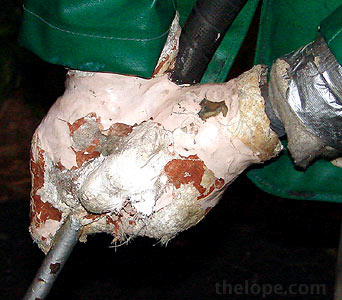 To swing and to miss...his body subject to the indignities of duck-tape and decay. 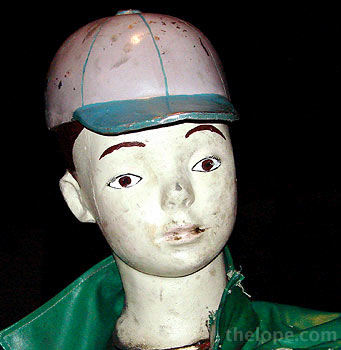 To swing and to miss...screaming his silent wooden screams, until one day the ivy takes him too.


(This tale is my salute to an evening with friends - all of them tiki and mid-century aficionados - in Kansas City back in 2007. We met through the tikicentral.com website, where I published a version of this story as part of a thread about that evening. My thanks go to Paul and Lori who actually have a vintage 8-ft tiki in their living room, Brad and Jennifer, Kathy, Mark, and of course, Mia. Miniature Golf photos were taken at the over half-century old Cool Crest miniature golf park. Go there...but don't disturb anything.)