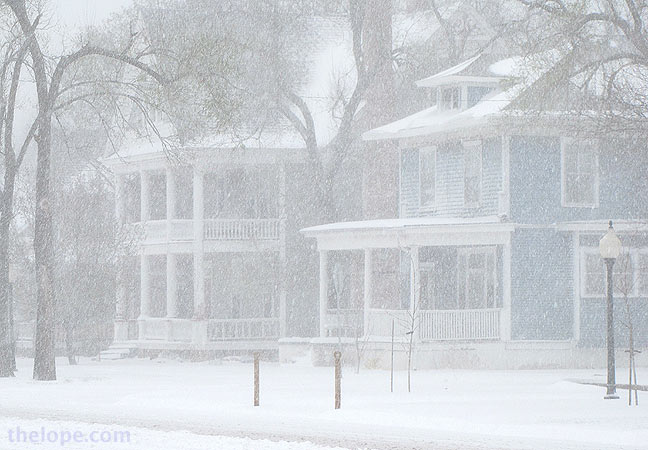 A major snow storm - a blizzard, in fact - plastered Kansas today, and it's not over yet. This is the Houston Whiteside area of Hutchinson today at 5:28 PM Friday. Here's an Autumnal view of the same scene.

UPDATE (Saturday 9:30AM): A Mixture of snow and ice fell rather aggressively all night Friday. As of Saturday morning at 9:30, we are being snowed upon rather copiously. 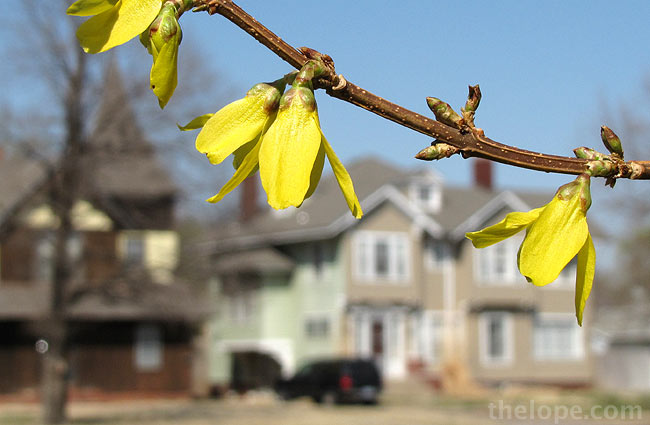 Funny how Spring can burst forward only to be slapped down by Winter. This was shot six days ago on a warm Spring afternoon. 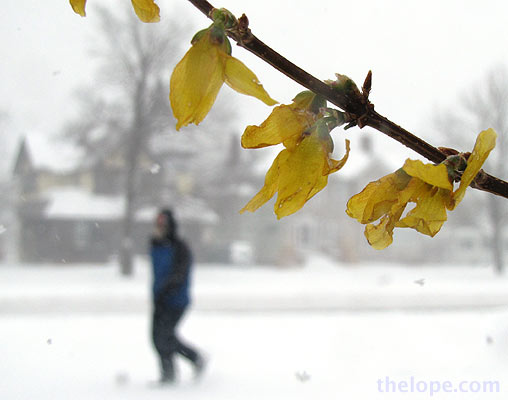 Here is the same forsythia today. 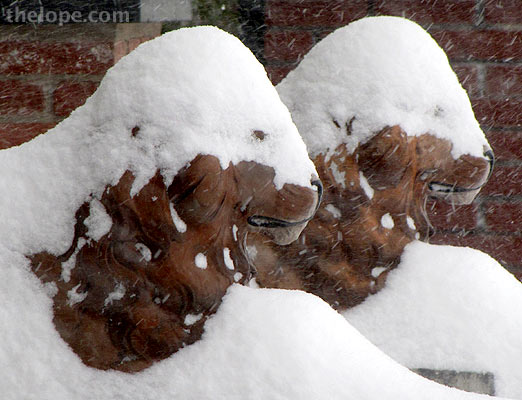 March comes in like a Lion and goes out like...like two frozen lions wearing snow cowls. 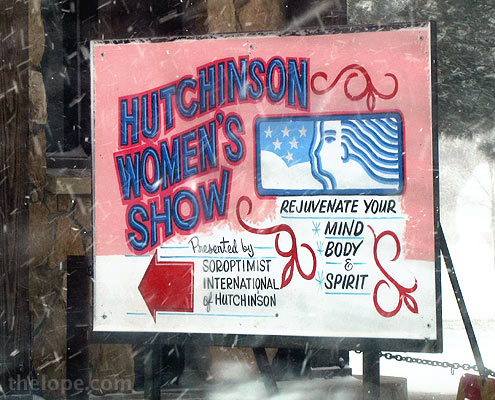 The big Soroptimist Club Women's Show is one of the few Hutchinson events that has not been canceled for Saturday. It's at the Kansas State Fairgrounds Meadowlark Building. I'll be there, subbing for Mia who can't make it because of the blizzard. That's right, Ace and I...and a whole trade show of mostly women. Please don't throw me in that briar patch.

UPDATE: The show is now scheduled for Sunday, March 29 from noon until 5PM. Ace Jackalope and I will be working Mia Denman's beaded jewelry booth for her; stop in and say hi and I'll publish your picture here, if you wish. 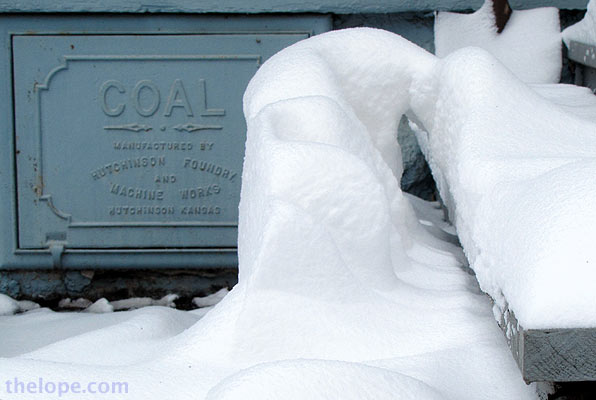 The wind sculpted a snow arch at the south edge of a porch on the east side of a century-old house. The nearby coal door reads:
COAL
MANUFACTURED BY
HUTCHINSON FOUNDRY
AND
MACHINE WORKS
HUTCHINSON KANSAS 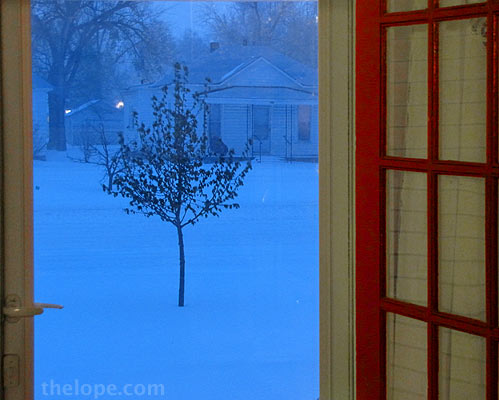 Would you like to capture that blue of evening snow that you see out a window when your eyes are adjusted to indoor lighting? Set your camera's white balance for tungsten (usually a light bulb icon) and include an outdoor dusk view in your picture. Just remember to change it back before you screw up daylight shots. 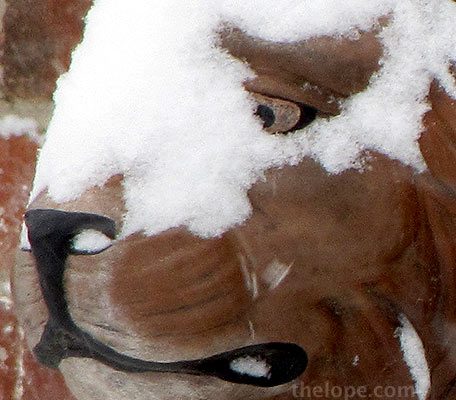 The snow is supposed to last until Saturday afternoon, and forecasts range from nine to twelve inches for Hutchinson - heavier in Western Kansas.

Update (Saturday 9:30AM): I haven't measured it, but I'm sure Hutchinson is closer to that twelve-inch mark, if not over.