It is January and this is a frog. That is somewhat odd, I think. 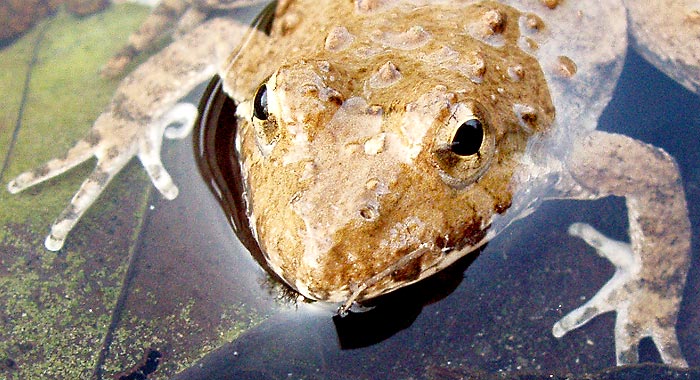 Anyway, here it is, in a creek of northeast Oklahoma where the high was 60 degrees on that 29th of January. 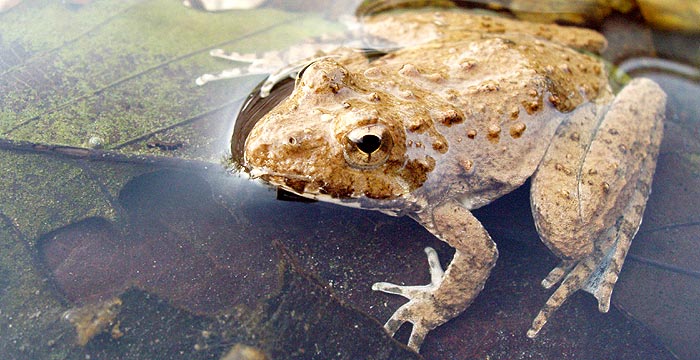 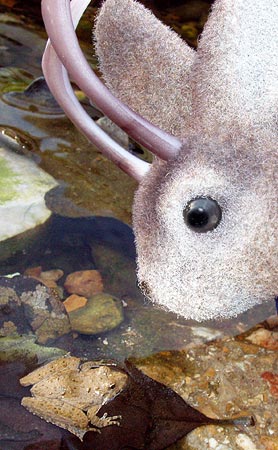 One should always ask questions.

Is this a mature frog out of hibernation for a bit? Is it even a frog or is it a toad? Is is a baby? - which would imply that it was warm enough for eggs to hatch, tadpoles to grow and metamorphosize, and this exothermic (cold-blooded) frog to move around and seek food?

Oh well, more than question, one should always appreciate the small unexpected delights of being alive...like finding a random winter frog. 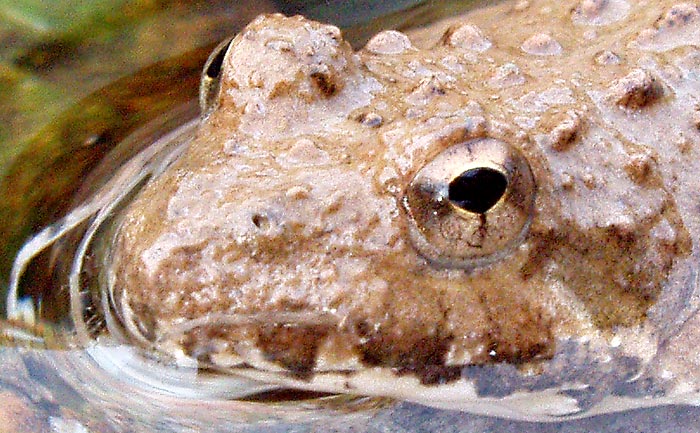 Watercress flourishes in small pool created by a recession of the creek. It has been dry so far this winter. 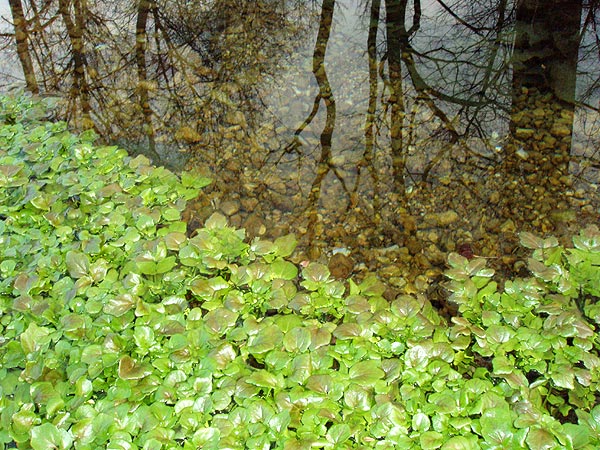 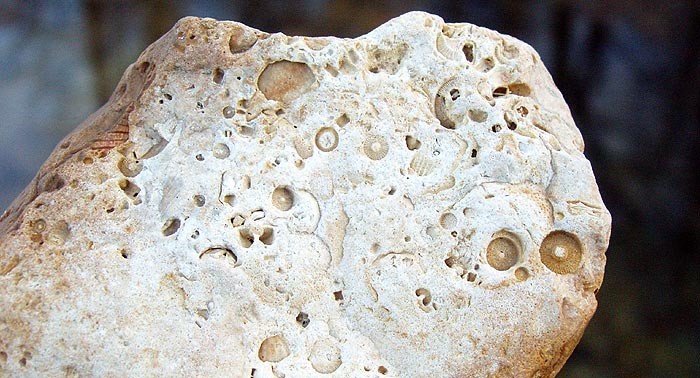 (below) The fan-shaped pattern towards the top center, belongs to a brachiopod. Brachiopods are hinged mollusks similar to clams. 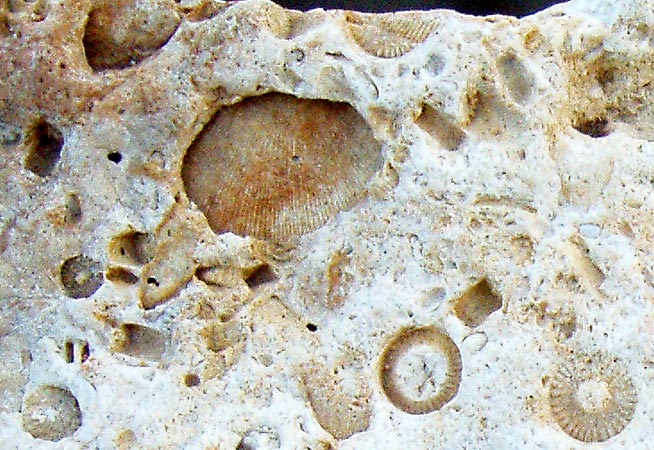 The round impressions were left by discs that were parts of an amimal known as a Criniod. Crinoids looked roughly like a flower or a sea anemone. 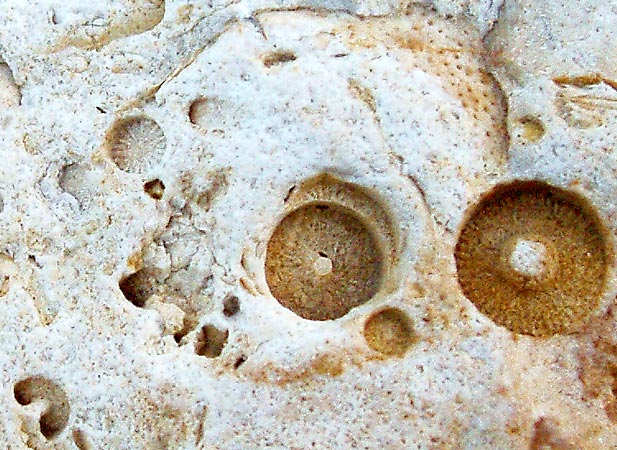 At the edge of the same rock is a cast of a trilobite tail (below). Trilobites were similar in appearance to horseshoe crabs and molted their shells in three separate sections (hence: tri-lobe-ite) as they grew. I've found a few tail sections over the years but no heads or thoraxes. 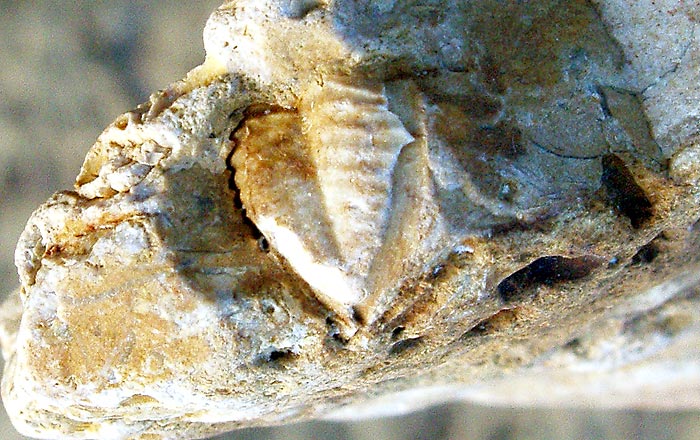 The other side of the same rock displays a mold of a trilobite tail (below, near bottom of picture). 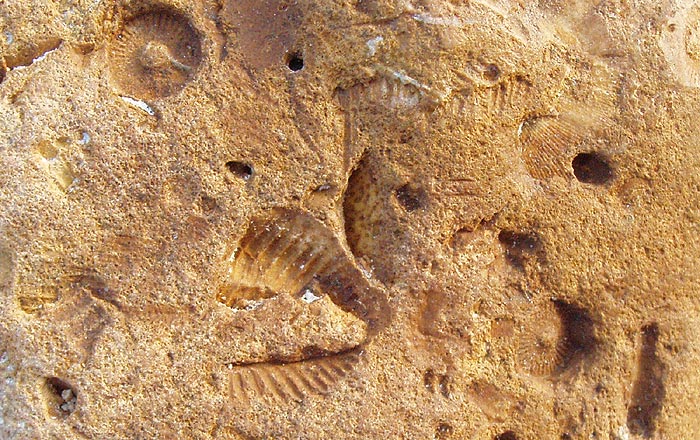 All of that was on the same section of rock, about three by three inches.

Below is another rock with criniod impressions in it. At left you can see an impression left by part of a stem of the animal, which was made up of discs. At right are a couple of partial disc impressions.

There is much to think about and to explore in the world around us, and wonders everywhere, such as may be found on a short winter's walk. 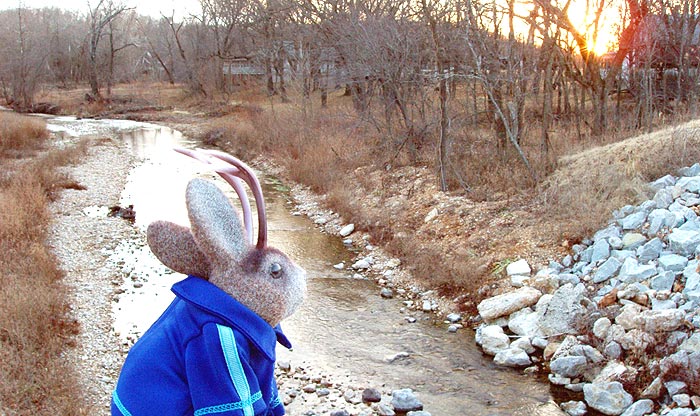 posted by Ace Jackalope at 4:40 AM