After crossing the Colorado River on August 3, we began our Rt66 California adventure. The previous four days of this trip had been spent primarily on Interstate 40 with some stretches of Rt66 thrown in, but from now on it was to be 66 all the way to the Pacific coast. On our way from the Colorado River to Needles, we passed over this neat double mainline; it'd be great to catch a train photo here.

We found it curious that nobody was working the agricultural inspection station; a sign instructed us to drive right on through.

We had been as far West as Needles before, earlier in the year, but there was more of Needles to be seen. Fans of the late cartoonist Charles Schulz will smile to see that Snoopy's brother and Needles resident, Spike, has a road named after him. Needles also has a Schulz road, and the two intersect.

I had photographed this sign for the 66 Motel before, but not the motel. 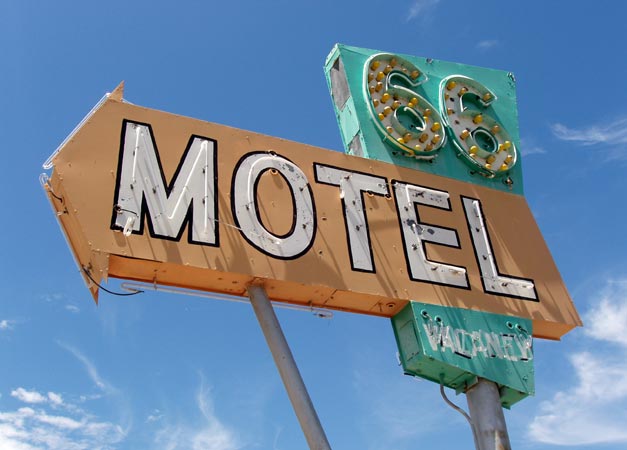 If one were of a mind to watch trains, the vintage cabins of the Palms Motel (now apartments) would be a good bet. 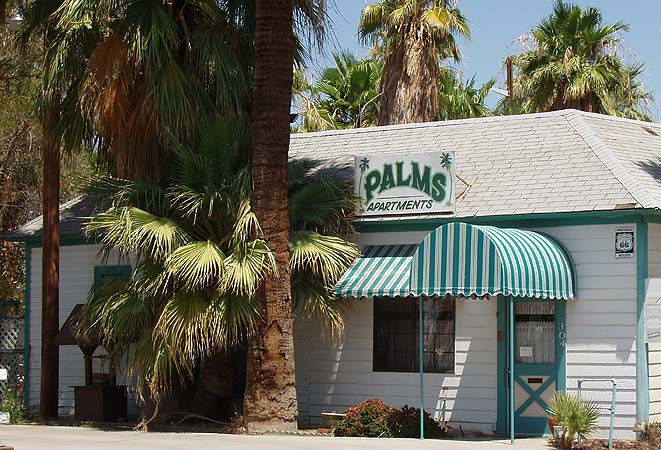 The El Garces Harvey House and train depot was completed by 1908 and replaced another station that was destroyed by fire. It was named after a Spanish Padre who visited the area in 1776 and, like La Posada (also here and here), was one of the Fred Harvey Houses that were built to serve tourists, primarily rail passengers, along the Santa Fe in the southwest. Since returning from this trip, I have read that its more ornate side faced the tracks because its main purpose was to serve rail passengers. I'll have to walk around and look, should I find myself in Needles again.
The El Garces ceased to be a Harvey House in 1949, and was used as offices for the Santa Fe Railroad until 1988 when it was closed and began to deteriorate.

I found a few more nice signs in Needles this time. 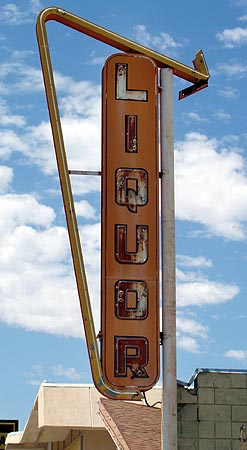 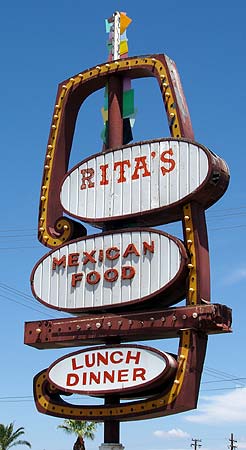 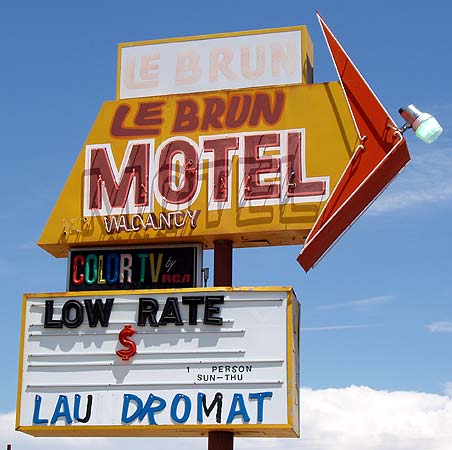 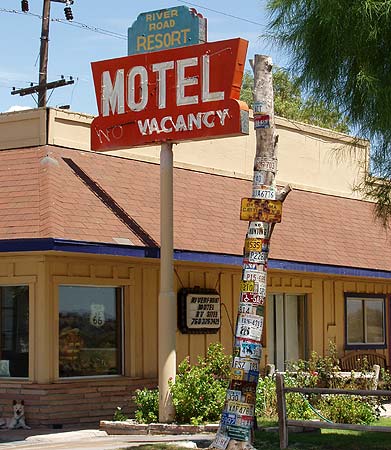 China Garden was probably built as a Denny's, as it has the characteristic boomerang roofline. The swiss-cheese cylinder is a nice googie touch. 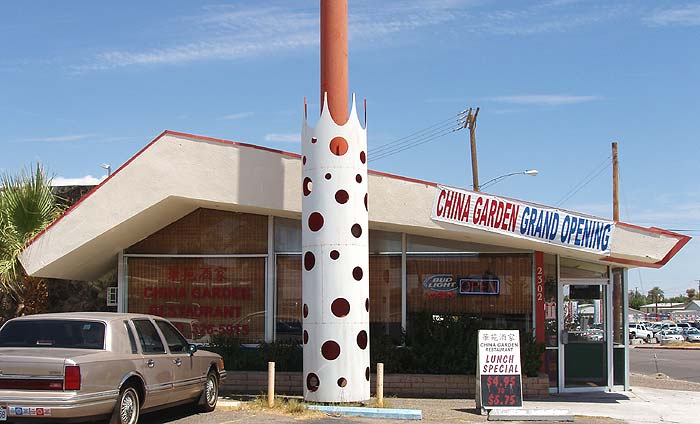 I've seen a few of this chain, Best Chalet Inns, in the Southwest. 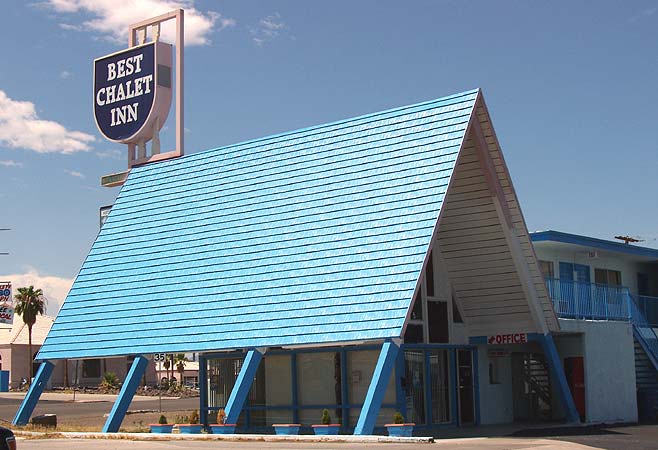 I was delighted to see a bit of middle 20th century "googie" architecture...a hint of what I'd find in LA a few days later. The tapering pylon, the diagonal support and the suspended roof are all hallmarks of googie, named for a now-defunct diner in LA. 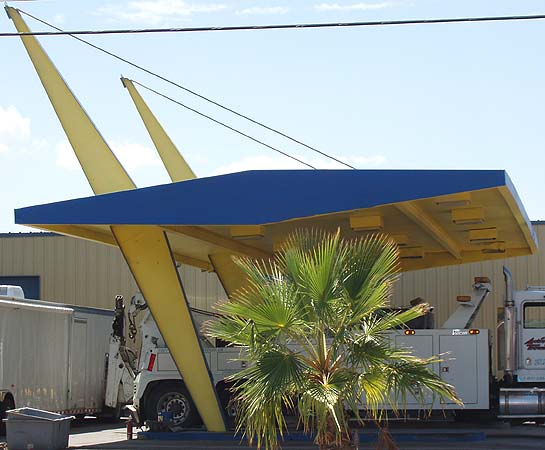 Previous post on this Route 66 trip: "This here's the bones of a country"

Next post on this Route 66 trip: Gas, Food, Concrete Nudes

posted by Ace Jackalope at 1:19 PM

You're correct, the China Garden used to be a Denney's Restaurant. I used to eat there at nights with my partners when I worked for the San Bernardino County Sheriff's Dept. stationed at Needles from '78 until '81.
Curtis Ward