Ace is a bit particular about where he eats, where he sleeps and where he is entertained. So, he is delighted to be a regular attendee of functions at the Fox Theater in Hutchinson Kansas. Even this past weekend's snow storm could not deter him. 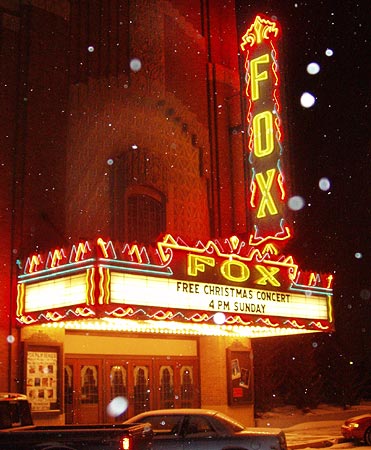 The Fox boasts one of the few surviving, original marqees in the country. The building is a 1931 art deco "movie palace" built for theatre and vaudeville.

In the last few years, it has been completely restored and is owned by a non-profit corporation which uses it for movies, plays, concerts and special events. 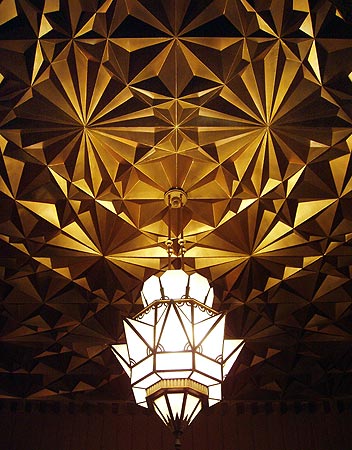 While waiting for the movie, Treasure of Sierra Madre with Humphrey Bogart, we savored the ornate interior. 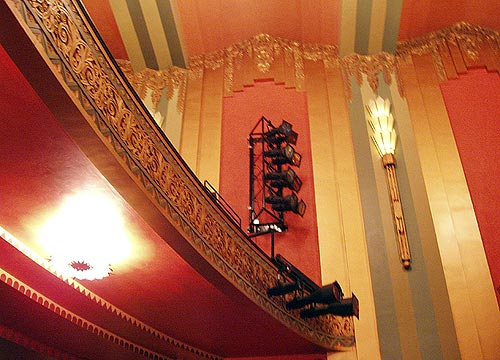 The next day I came back and shot the stage, set up for a play. 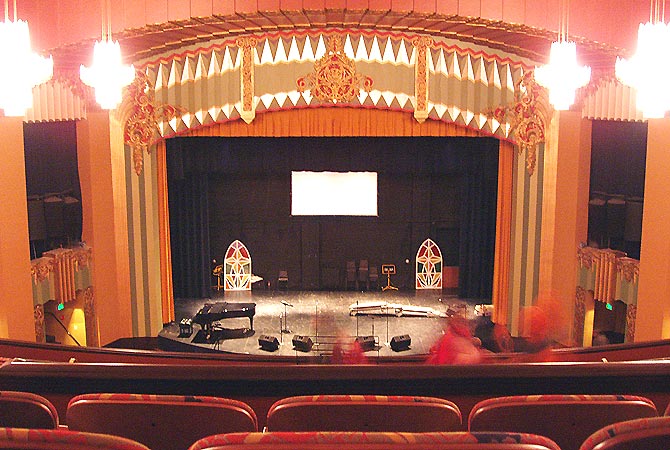 The original light fixtures in the theater are particularly impressive.

After drinking a pop and not wanting to miss any of the movie, it was nice to go to a "Gentleman's Lounge" instead of just a restroom. 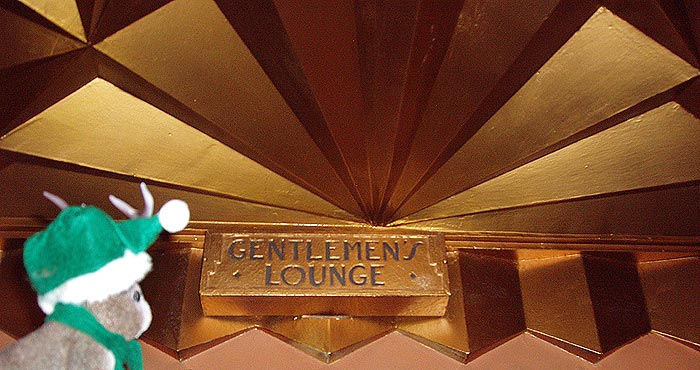