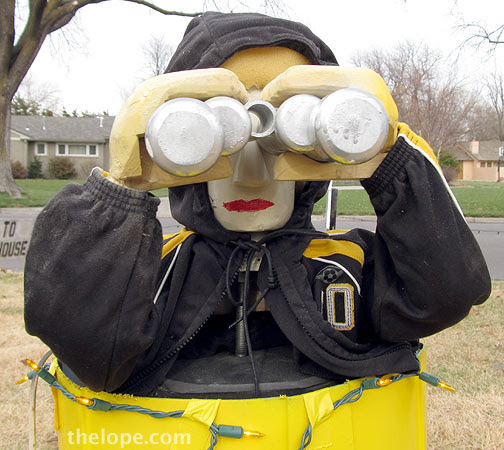 Hutchinson's own nuclear scientist turned Yuletide inventor has been at it again, and there's another way to get to Grandma's House - a yellow submarine. I keep wanting to call it "The Hunt for Yellow December". 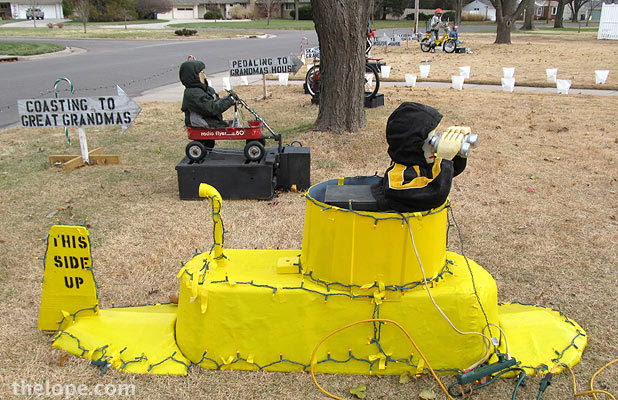 Dale Hankins, retired nuclear safety expert, has created automated Christmas decorations almost annually for over twelve years. These portray methods of travel to Grandma's House and are displayed on his lawn at 25 Countryside Drive in Hutchinson, Kansas.

Grandma herself, Dale's wife, Betty, passed away in 2009 but the family keeps the display going in remembrance.


Dale says his whole display won't be up and running until Saturday, December 4, but here is the new sub in action this past Wednesday:

Dale told me he originally wanted to paint the sub silver but was convinced to go with yellow for the Beatles song. He also says he's about out of ideas, but somehow I can't believe that. 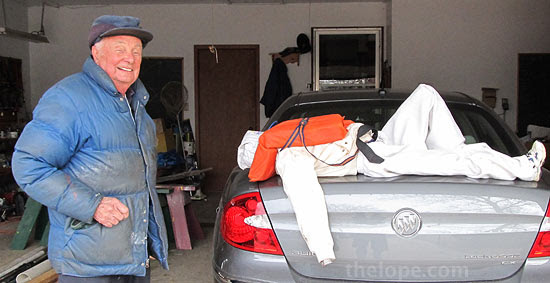 I got a chuckle out of one of the "grandchildren" laid out on the trunk of Dale's car. Dale was getting ready to shorten it a bit as it's the one that goes in the sailboat and part of the rigging was hitting the top of its head.

This trailer holds the roller coaster tracks, the largest of the displays. 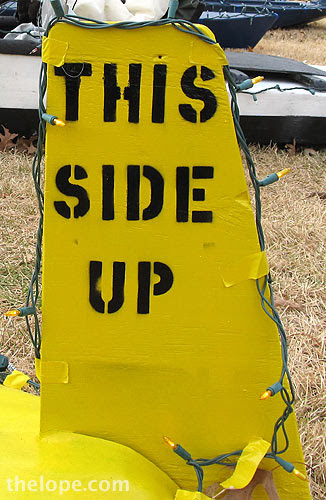 I'm always floored by the uniqueness of Dale's display and can't believe it's not better known. Maybe we need an "Eight Wonders of Yuletide Kansas."

Update, December 5, 2010: Dale Hankins' display is complete. Here is a quick drive by it:


And here's an extensive walk-by:

posted by Ace Jackalope at 4:16 AM