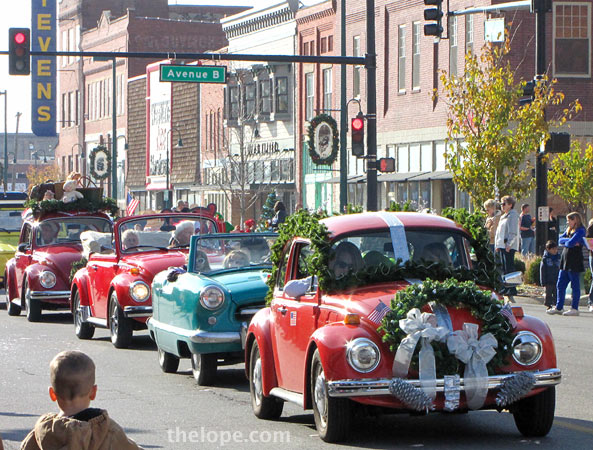 I never have understood the practice of hitting a companion when you see a Volkswagen, but I wonder if anyone left the 2010 Hutchinson, Kansas, Holiday Parade Saturday morning with bruises. 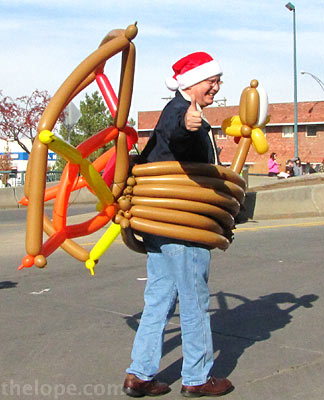 It was nice to see that turkeys got their due. It's not even Thanksgiving yet, after all. This guy was from Balloon Express. 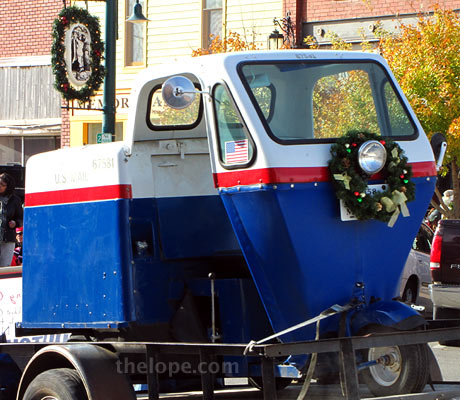 The prize of the parade to me was this vintage U.S. Postal Service vehicle displayed by the Hutch Postal and Community Credit Union.

My friends and I all had too many irons in the fire to run a float in the parade this year, but we may bring out Clarence the dinosaur or Scary Santa in the future (more about the latter in an upcoming post).