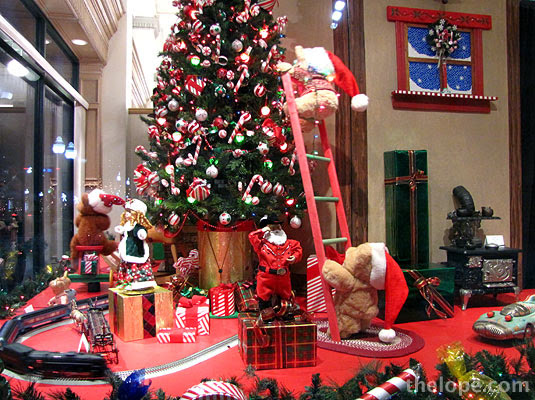 Back in 2007, I reported on a Christmas window display at the Joplin, Missouri, City Hall. At that time I was happy to see any sort of downtown Christmas display at all, and hoped to see an automated version someday. Well, the town of my birth has made me proud. Monday evening, November 30 at 5:30 PM, newly decorated Christmas window displays were unveiled at Joplin's City Hall as part of the town's 2nd annual Joplin Holiday Experience celebration. Here, local dignitaries speak to the crowd of about 200 before the unveiling. Note the beautiful details in the awning of the old Newman Building. I love this fleeting part of winter evenings, when you still have some skylight. The Newman Building was built in 1910 and housed the Newman's department store until the 1970s when the store moved to Joplin's Northpark Mall. It has since gone out of business, but it left us the great piece of architecture that now houses City Hall.


Here's the last part of the countdown and the opening of concealing blinds: 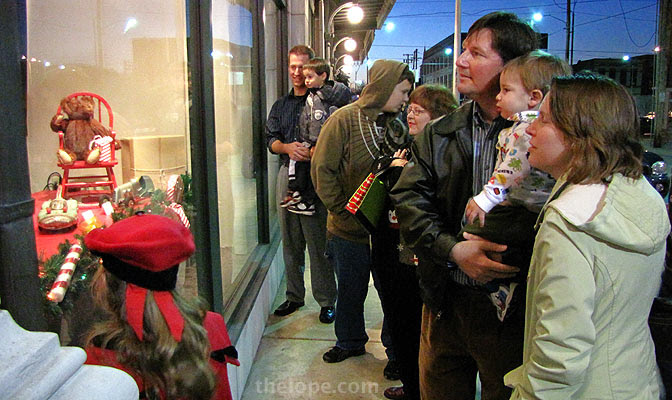 Admirers view the the displays, which were designed by Fred Lumley, a former marketing manager for Newman's "back in the day."


Here's a video I shot just after the unveiling:


And here's another, in which a woman and two little girls enjoy the display:


Christmas music was piped out onto the sidewalk. I love the ambiance this lends the scene; I felt eight years old, walking around downtown Joplin while waiting to see Santa: Large toy soldiers are a consistent theme in the windows.


Here's a walk around the parts of the Main and 6th street windows that have automation: One of the windows features an automated grandfather clock with a fast-spinning minute hand. 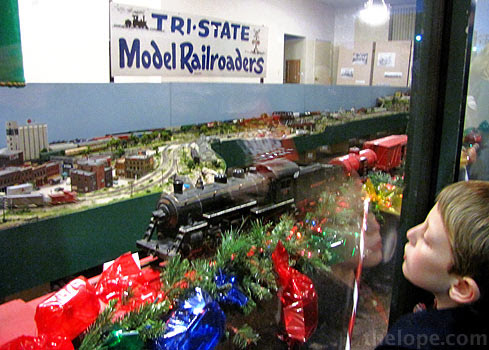 A model railroad erected by the Tri-State Model Railroaders is in one of the north windows. My old pal Jim Taylor was involved in the railroad display. 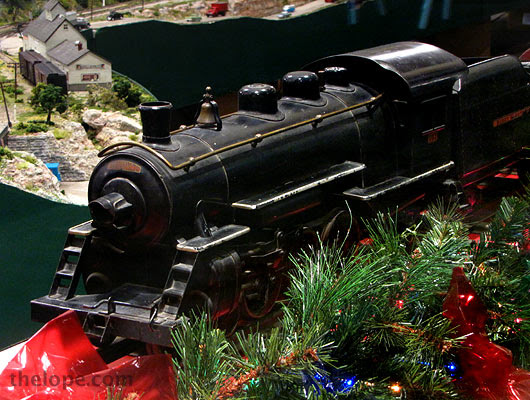 The carolers from the 2007 display are still present, though not grouped all together. At the feet of two of the carolers is one of the windows' treasures - this Red Goose Shoes riding toy. A sign states it is from the 1920s. 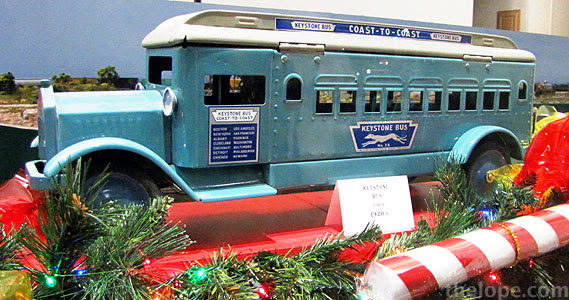 Among the antique metal toy vehicles is this Keystone bus, also labeled as from the 1920s. This is an atom jet car toy from the lost future of the 1950s. A view through the front doors of the Newman building hints at its department store linage. 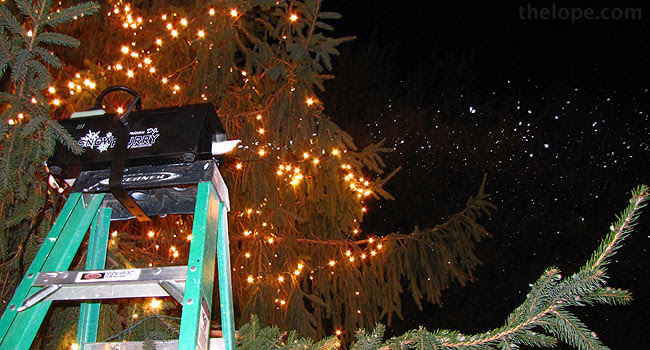 Following the window ceremony, a Christmas tree was lit in Spiva Park, two blocks to the north and also on route 66. The tree, a large evergreen, was nice if not particularly ornately decorated. Someone thought to include a snow machine, which was cool. Now, if they could only station a bank of these high above on the Joplin Globe building, timed to go off every half-hour or so... A young man catches the snow.

There was caroling around the tree, but the lighting in Spiva Park was too low for my Canon SX1is to pick up much in video mode. I did record a bit of audio and shot what I could - lights on the tree. If you think you might hear your own voice in the crowd, here's the link. 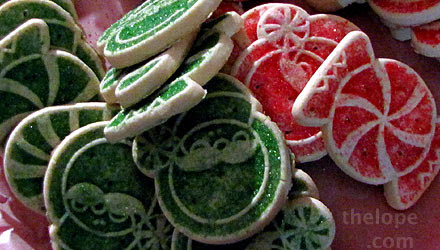 As I left the area, a back-lit, yellow-leaved tree caught my eye against the cooler-colored downtown landscape.

This made me so happy. How great to get people out of the malls and downtown again. Reminded me of my childhood Christmases in Cleveland, OH, when "going downtown to see the windows" was the highlight of the season. Good for Joplin!!

I was raised in Columbus, KS and the best part of Christmas was shopping downtown Joplin with the storefronts decorated. Newman's & Macy's were the best of them all. Yeah for downtown Joplin!
---Kim Hamlet Vande Velde