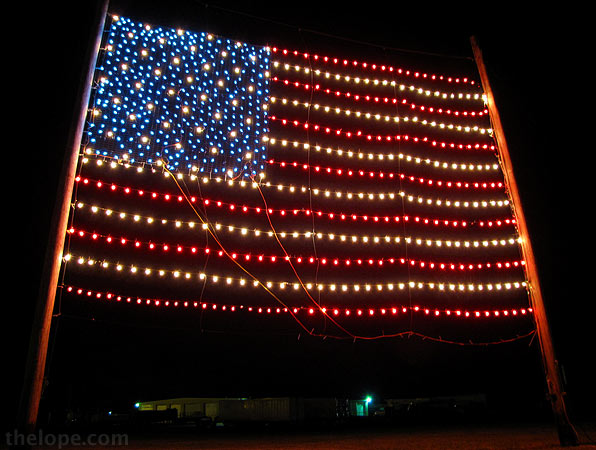 A huge flag of lights decorates the west side of Kansas highway 61 at Inman. 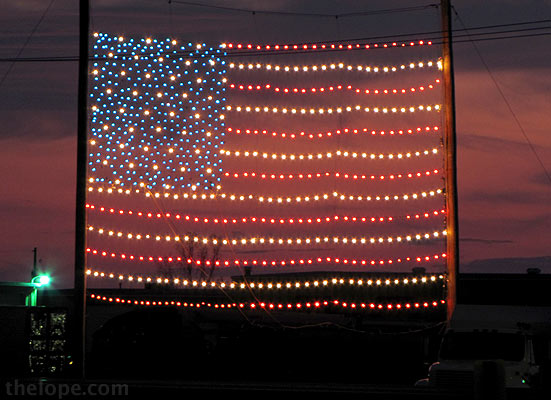 According to a representative of the city of Inman, a private individual, Otis Friesen, erects the flag. 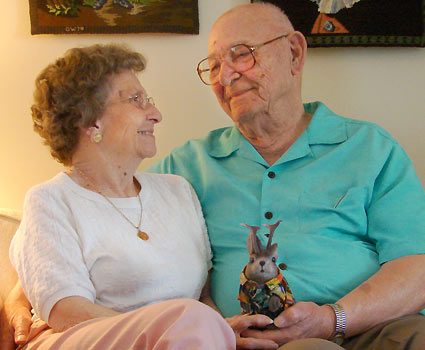 This year we are proud to salute Bill and Opal Webster who both served in WWII. As a matter of fact, they owe their 64-year marriage to the Navy. Bill, who served on several ships, met Navy clerk Opal Olebeare and apparently they hit it off rather well. This is a 2007 photo, but we hear they still get along quite nicely.

posted by Ace Jackalope at 9:00 AM