The Lope: Tweets from the Past

Tweets from the Past 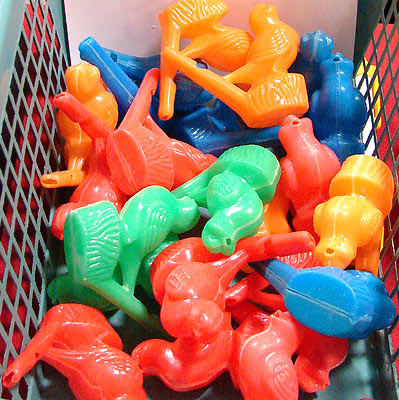 This was a real perk for me. For the first few years that I lived in Hutchinson, back in the mid-80's, there was always this guy at the Kansas State Fair who sat near the Midway constantly tweeting the little plastic bird whistles that he sold. I loved them, though they drove others crazy. 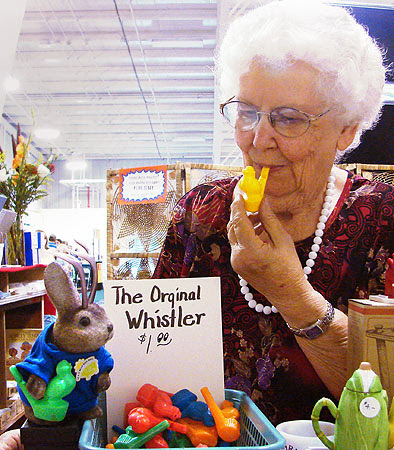 However, Amy Hershberger of Hesston says she bought his old stock of the whistles and has them for sale this year at her booth in one of the Sunflower building. It'd been years since I'd heard one of these. Ace got a green one.


I couldn't deprive you of the sound of these, so here's a clip. And doesn't she have a nice face? 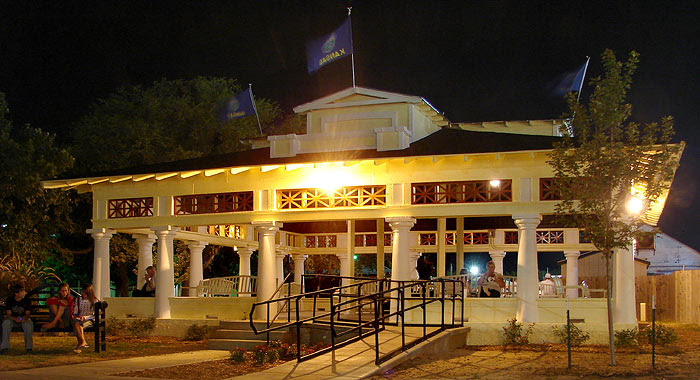 There are a few changes this year, the most obvious of which is the renovation of what had been previously been the Professional Arts Gallery back into its original purpose as a shelter building with many places to sit. 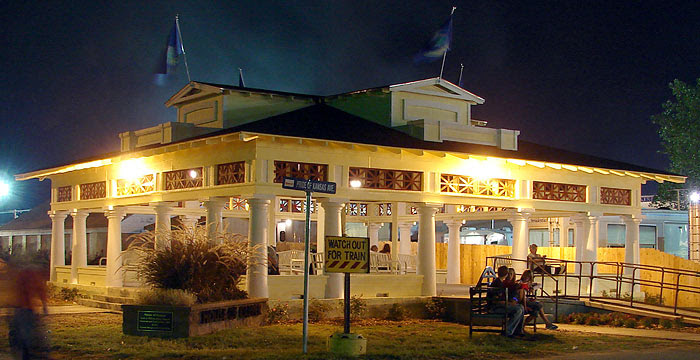 According to a history page at the fair's website, the "House of Capper" appeared in about 1913. Kansas Senator Arthur Capper, who was instrumental in the growth of the fair, paid for it and used to stump there. 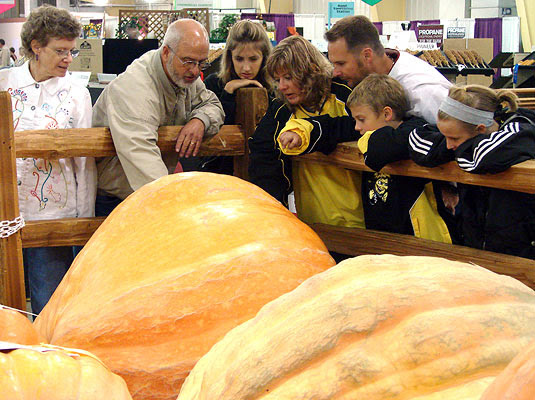 Who doesn't like giant pumpkins? People who aren't American enough, that's who. Brian and Brianna Stanley of Newton grew this year's 976 pound champion. It's the biggest in the history of the fair and you can see it in the Pride of Kansas building. Makes ya kinda wonder - where will it end? 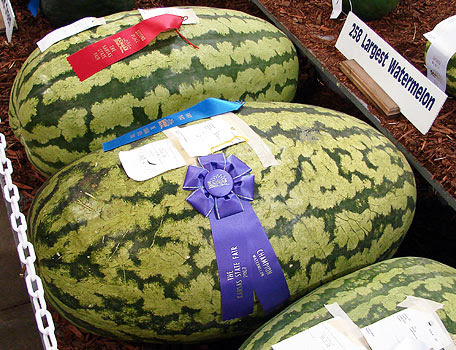 Apparently the Stanleys also grew the largest watermelon at 133.1 pounds. Someone really needs to check the radiation levels in Newton. 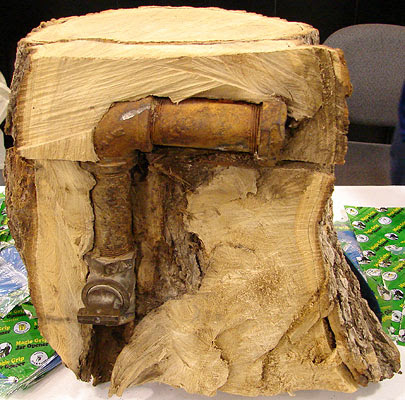 There is always at least one piece of miscellaneous borderline photo-worthy weirdness at the fair. This pipe was surrounded by a growing tree. The result is on display at the Kansas Gas Service booth in one of the Sunflower buildings. I can never tell those two similar buildings apart. 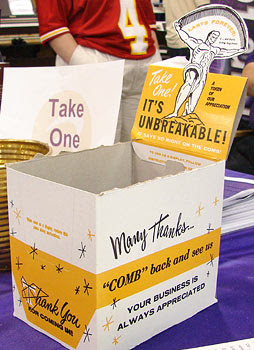 There's also usually some little bit of retro graphic art somewhere that catches my eye, as seen this year on this box of freebie unbreakable combs. Those little asterisk thingies on the box are called "dingbats" by printers, and were popular on commercial art and signage of the 1950's and 60's. For quite a few years, the fair has featured a butter sculpture. This year it was in line with the fairs promotional artwork of pigs on a motorcycle. This is in the Pride of Kansas building. I think my favorite was the butter Eisenhower from a few years back.

We've already run updates on our beloved Women's Christian Temperance mannequin, Ye Old Mill and Norman The Taffy puller. What follows are updates on some of our other favorites fair photo-ops of the past couple years. 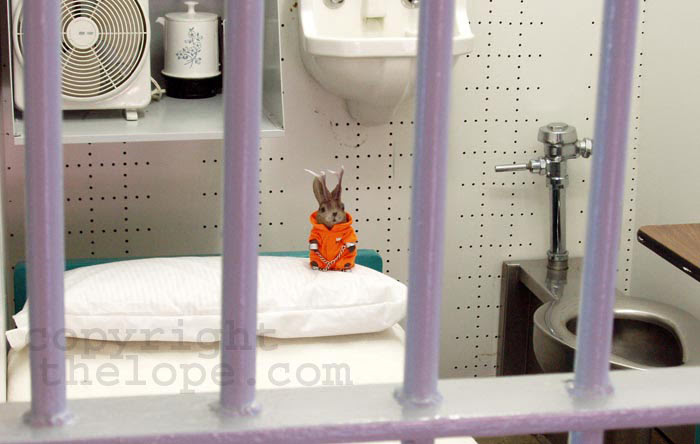 Alas, this year the jail cell at the Kansas Department of Corrections building is locked, so, there'll be no more penal pics. Why have I slapped a copyright notice on this picture? Because for some reason people like to hotlink it to their MySpace pages. Does that mean a lot of people identify with being in jail? 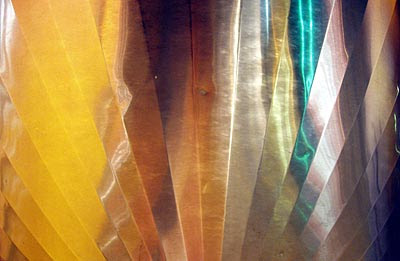 The food is pretty much the same this year, with a minor price hike here and there. Our favorite visual food-related subject is still the approximately 55 year-old stainless steel trailer owned by Zag's popcorn as seen in our food post last year, Eating Our Way Across the Fair. 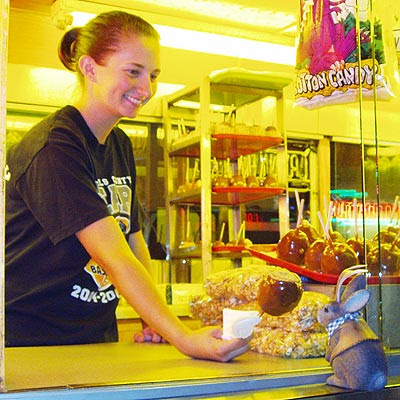 Candy apples are good for you, aren't they? I mean, there's an apple under there...right? 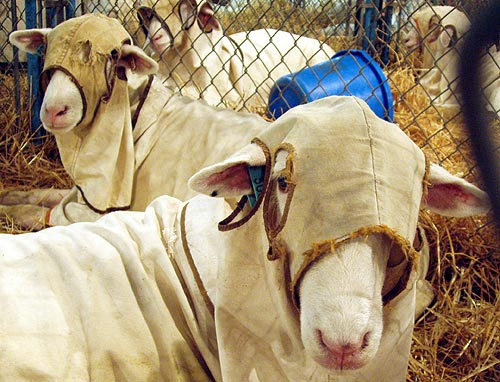 Masked sheep vs. a woman with shears. See who wins in Some Sheep and a Poem. You know all that agrarian stuff that we city/suburban types gloss over in our everyday existence? Well, some of it is pretty interesting. Challenge yourself to go into a agriculture display or to a livestock judging and learn something. believe me, at some point in the next year, you'll be with friends and some sort of related story will come up, be it the price of beef or the future of ethanol, and you'll look just a hare smarter.

As to rides other than Ye Old Mill, I don't get much of a bang for the buck out of them. But I have had some photographic fun in the past with water spilling from one of the rides in Friday at the Fair. I check the other day and there's still a splash zone around the "White Water" ride. 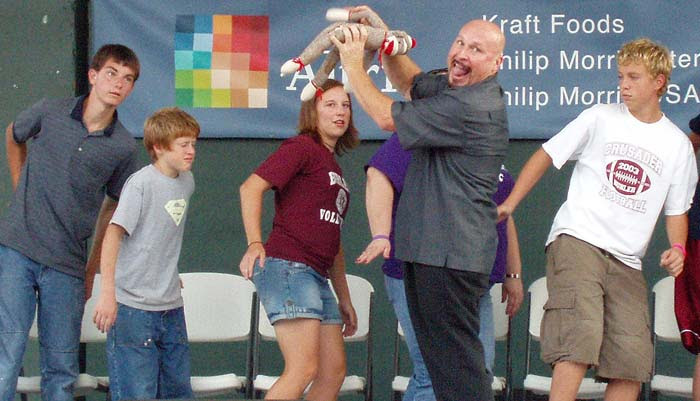 You deserve a spanking; so says the Hypno-Monkey. Beware of Pigs and Tigers and Hypno-Monkeys. Hypnotist Ron Diamond, seen above in 2005, is back this year and I've already seen him twice at the newly renamed AT&T Arena. Here are some photos from a few days ago of some of his hypnotized subjects reacting to suggestions. Here, they'd been told that a candy in their mouth was sour.

Above and below, they were viewing the back of hypnotist Diamond, whom they'd been told was wearing only a small swim suit.

This young man was told to forget the number 5, so in counting his fingers he came up with 11. I really admire the lack of self-consciousness demonstrated by these volunteers. Every year I consider going up on stage but I chicken out. 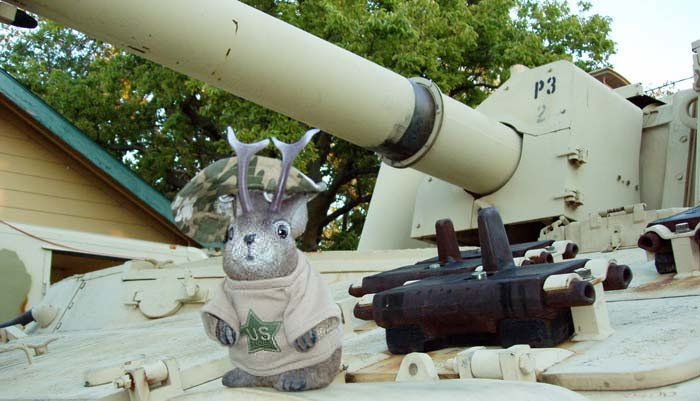 Most branches of the military are represented at the fair. Ace mistook this for a used tank lot and was somewhat disappointed. Whatever will he use for World Domination? 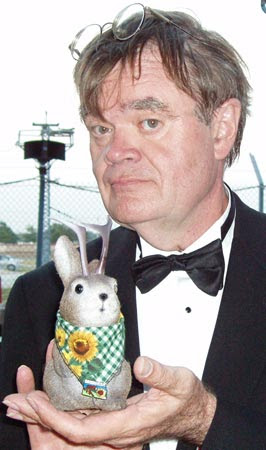 There was, and is, lots of grandstand entertainment this year. I was only interested in Alice Cooper, though, who cancelled. I'll just have to revel in the memory of 2005's Prairie Lope Companion. I'm also throwing in this photo because Ace's meeting with Garrison Keillor is referenced in a current Route 66 Pulse article.


I'll close with one of my favorite fair photo-ops of all-time. 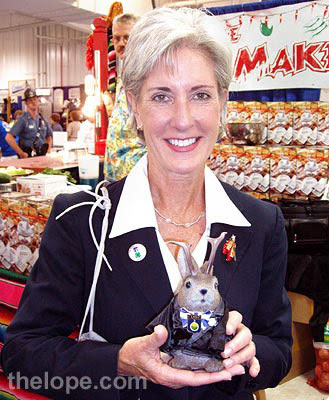 Thursday was Governor's Day at the fair. We weren't able to be in Hutchinson due to other commitments, but last year Ace met Kansas Governor Kathleen Sebelius. We included that picture with a host of others in The Governor, the Jackalope and More Fair Stuff. You can also see funny-looking birds and demonic-looking royal cattle that are there again this year.

The Kansas State Fair continues through this Sunday, September 16.