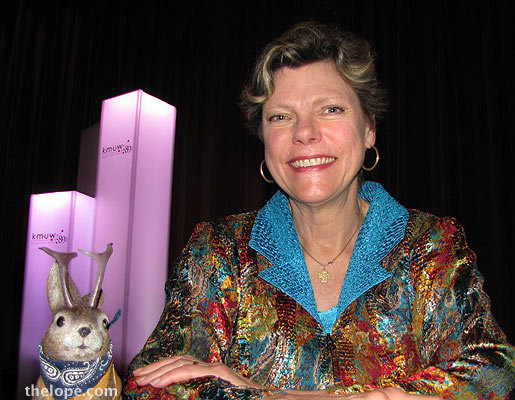 National Public Radio Senior News Analyst Cokie Roberts will speak as part of the Dillon Lecture Series, tomorrow at 10:30 am at Hutchinson's Sports Arena. Tickets are available at the door and are $10.

Roberts has won three Emmy Awards and has written several bestselling books, including Founding Mothers and Ladies of Liberty. She actually does a lot of interesting stuff and was nice enough to pose with Ace back in 2009 at Wichita State University for a celebration of public radio station KMUW's 60th anniversary.

posted by Ace Jackalope at 6:55 PM